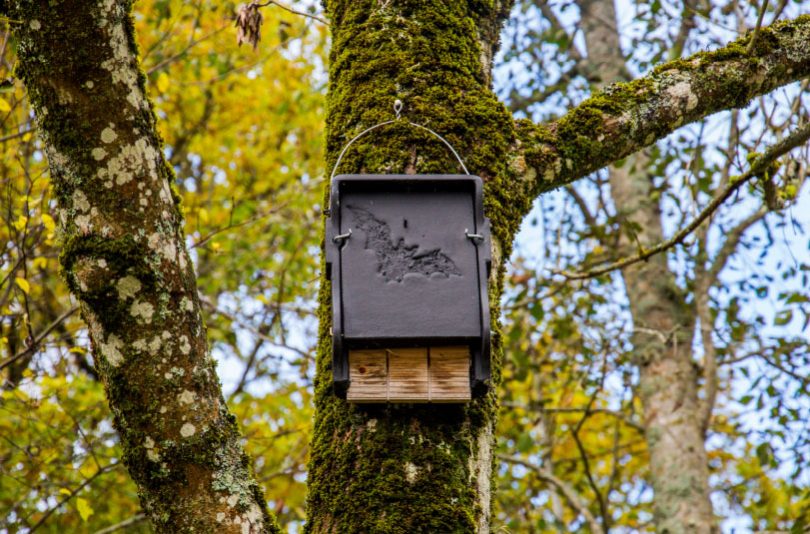 The population of the United States is expected to increase by approximately 100 million people over the next 40 years, according to a report by the U.S. Census Bureau in 2014. As the population continues to grow and increased development meets the increased need, the amount of available wild space will decrease and backyards will become crucial to supporting a healthy local environment. According to Jade Salamone, a conservation education specialist at Santa Fe College, creating sustainable habitats for wildlife in your backyard not only helps the animals in your neighborhood but also benefits you. Here are her tips for maintaining a beautiful, eco-friendly backyard.

Creating wildlife-friendly spaces in your backyard as conservation areas decrease can help reduce disease, preserve the populations of songbirds and other small creatures and help pollinate your garden.

“Birds, bats and frogs eat a variety of insects, saving your plants from pests and you from insect-borne diseases,” Salamone said.

Mosquitoes are well-known disease carriers. According to the Centers for Disease Control and Prevention, by April 2017 there were 216 reported cases of the Zika virus in Florida transferred to humans by mosquitoes. While the spread of the disease has slowed and people in North Central Florida do not face as much risk as those in South Florida, attracting insect eaters like bats to your backyard can help eliminate mosquitoes around your home. While some people may have trepidation about attracting bats to their backyards, according to Salamone, they are “superheroes.”

“Around the United States, insect-eating bats save the agricultural industry billions of dollars annually by acting as a natural pest control,” Salamone said. “A single bat can eat more than 1,000 insects in one hour.”

With this in mind, building a bat box is an easy way to decrease the amount of mosquitoes in your backyard and help prevent insect-borne diseases.

House cats have a reputation for hunting small birds and other woodland creatures. In 2012, The Humane Society of the United States released a study called “The Outdoor Cat: Science and Policy from a Global Perspective”  that examined the effects of cats on wildlife. The study found that 1.4 to 4.2 billion birds are killed by house cats a year.

“Birds and other small animals already deal with enough pressures in the wild without adding an invasive predator to the mix,” Salamone said. “Since we all share our yards with local wildlife, please keep house cats indoors.”

By keeping cats indoors, you also keep them safe from cars and loose dogs. 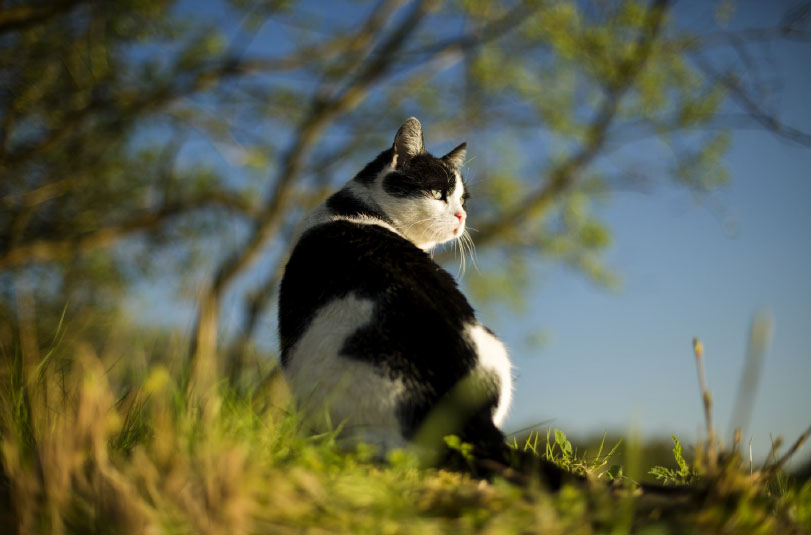 “Attracting birds to your yard will help your garden flourish since birds not only eat insects that snack on your plants but they also pollinate your garden and prevent weed growth by eating weed seeds,” Salamone said.

Building a bird feeder does not have to be a daunting task. There are dozens of DIY instructions online, and many just need materials that you already have at home. Once your bird feeder is up and you are welcoming more birds to your backyard, you may find a decreased need for pesticides.

“By encouraging animals like birds, bees and bats, you and your children will get an opportunity to see the wonder of nature up close and develop an appreciation for the environment,” Salamone said. “And, let’s not forget the joy you’ll feel observing busy bees, fluttering butterflies and courting birds.” 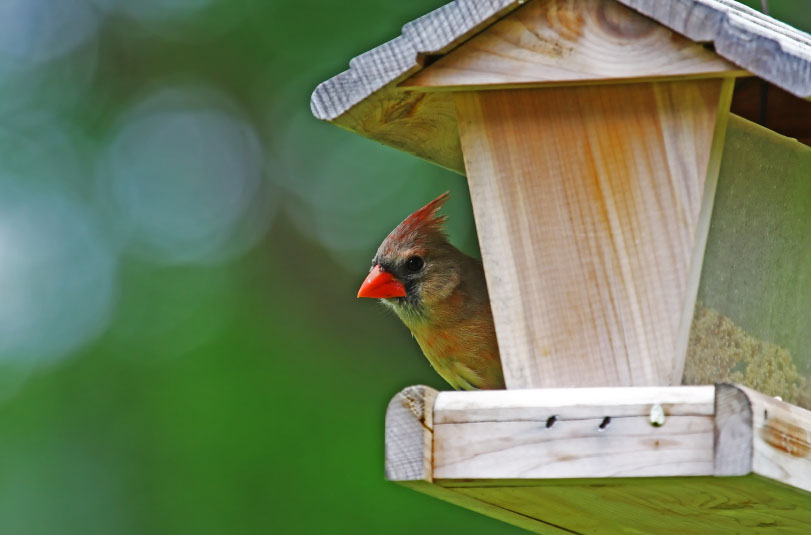