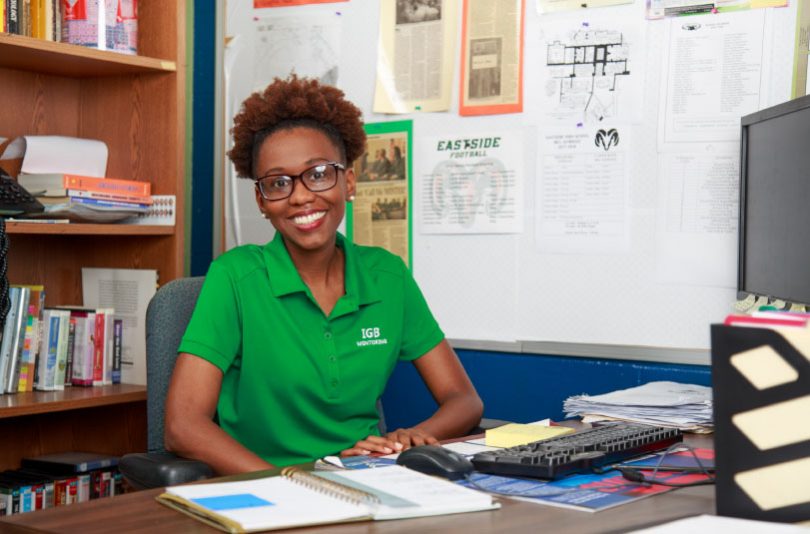 Mentoring is thriving in Alachua County schools, so much so that mentors are mentoring mentors.

Krista Smith illustrates how mentoring has led to leadership of other mentors. As a University of Florida freshman, she felt adrift in the throngs of students on campus, and she was looking for a connecting point.

She joined MentorGNV, a group that organizes UF student mentors for the Lunch Buddies mentoring program in elementary schools.

Now as a junior, she is MentorGNV’s executive director.

“I fell in love with mentoring as soon as I started,” she said. “It became a highlight of every week, and now I enjoy helping other students get involved.”

Another mentor who has moved into a leadership role is Wendy Roche, the coordinator for the I Gotcha Back mentoring program at Eastside High School.

Mentors in this program include UF students and professionals within the community. Generally, they have lunch with the students they mentor one day a week.

Mentors sometimes follow up beyond the weekly lunches, helping Eastside students in such ways as improving their reading skills, applying for college and securing financial aid, she said. In addition to academic support, mentors provide emotional support.

“Our emphasis is on holistic support that encompasses all of those things (academic and emotional),” Roche said. “It’s more of a balance of the two.”

A student who Roche mentored last year benefitted from such support, and now she is studying at Santa Fe College.

Roche has been involved with I Gotcha Back for four years.

“During that time, I have seen so many of the students really grow,” Roche said. “The program has really helped provide students that consistency they need.”

UF third year student Bankole Olowofela learned about I Gotcha Back from Roche while attending the Greenhouse Church, which is one of organizations that supports the program.

At first, Olowofela found it challenging to build rapport with Elijah Ross, the student he mentors, but soon they discovered a common interest in sports.

Olowofela played wide receiver on his high school football team, and his mentee hopes to play basketball for Eastside — with the goal of becoming a professional basketball player.

“I remind him that, at most, one percent of student athletes makes it to the pros and that a professional athlete’s career generally ends before the age of 35,” Olowofela said. “I want him to have the mindset to take an interest in other things than basketball. There are a lot of years between 35 and 80.”

Providing leadership to younger people comes naturally for Olowofela, who moved in 2003 from Nigeria to South Florida.

“I’m the oldest of four children, and I’ve always had to be a role model for my siblings and other kids,” he said.

Eastside has two distinct academic programs – one based on a traditional high school curriculum and its International Baccalaureate Program.

Among students in the traditional program, the graduation rate was 37 percent 11 years ago, when I Gotcha Back started.

The program has helped improve the graduation rate, Roche said.

“It’s up to 87 percent, which is phenomenal,” Roche said.

Maya Carter, a UF junior, is in her second year as a Lunch Buddies mentor through MentorGNV.

When Carter has lunch with her mentee, the girl’s friends generally join them at the lunch table.

“She doesn’t have serious problems, but I talk to her and her friends about homework and friendships,” she said.

Carter is planning a career in humanitarian work internationally, which could involve teaching, working with the UN or in missions.

“What I’ve learned by working with kids in MentorGNV, I will apply to my work,” she said.

This is the first year that Lunch Buddies has served third graders exclusively, and every Metcalfe third grader has a mentor.

With the large number of mentors at Metcalfe, there are some mentors in the lunch room every school day. 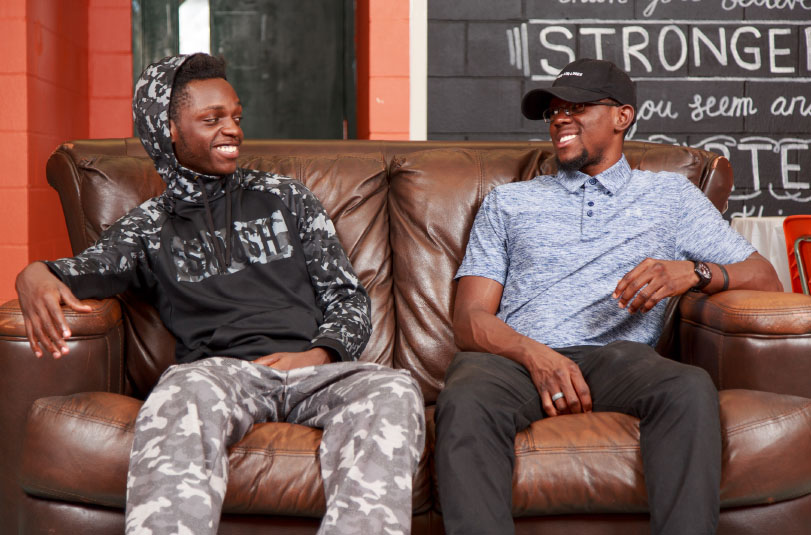 This program, which matches a community member with a student from the seventh grade through high school graduation, has grown to 350 pairings from 116 since 2012.

“Our community has been amazing in raising the trajectory of students,” said Rachel Debigare, the foundation’s executive director.

Debigare mentors a student who is enrolled in the criminal justice program at Newberry High School. She started the mentoring when the student was at Lincoln Middle School, which is close to the foundation’s office, but working with the girl became more difficult when she moved to Newberry High.

“Although I have to drive to Newberry, I’ve arranged to meet her before school to make it work,” Debigare said. “I didn’t want to leave her behind.”

The completion rate in Take Stock – based on them maintaining a 2.5 GPA and not getting into trouble through high school or higher – is 98 percent.

Take Stock graduates receive a two-year scholarship through the Florida Prepaid College Plan, an $8,000 value – half of it funded by the education foundation and half by the Florida Legislature.

Many Greater Gainesville businesses and organizations encourage their employees to serve as Take Stock mentors. They include Charles Perry Partners Inc., Infinite Energy and GRU.

Nancy Perry, the widow of the CPPI founder Chuck Perry, now lives in the Oak Hammock at the University of Florida retirement community. She helped raise $132,000 for Take Stock this year through a special event at the Florida Museum of Natural History – the 18th time she’s celebrated her “60th birthday party.”

Her fellow Oak Hammock residents contributed to Take Stock scholarships, and she provided a match of up to $200 for each gift.

At the party, Nancy Perry recounted that Chuck had grown up in poverty. “He knew that his only way out of the cycle of poverty was to get an education.”

Chuck received a scholarship at UF.

“Although we gave to many charities, our hearts were always with scholarships,” she said.