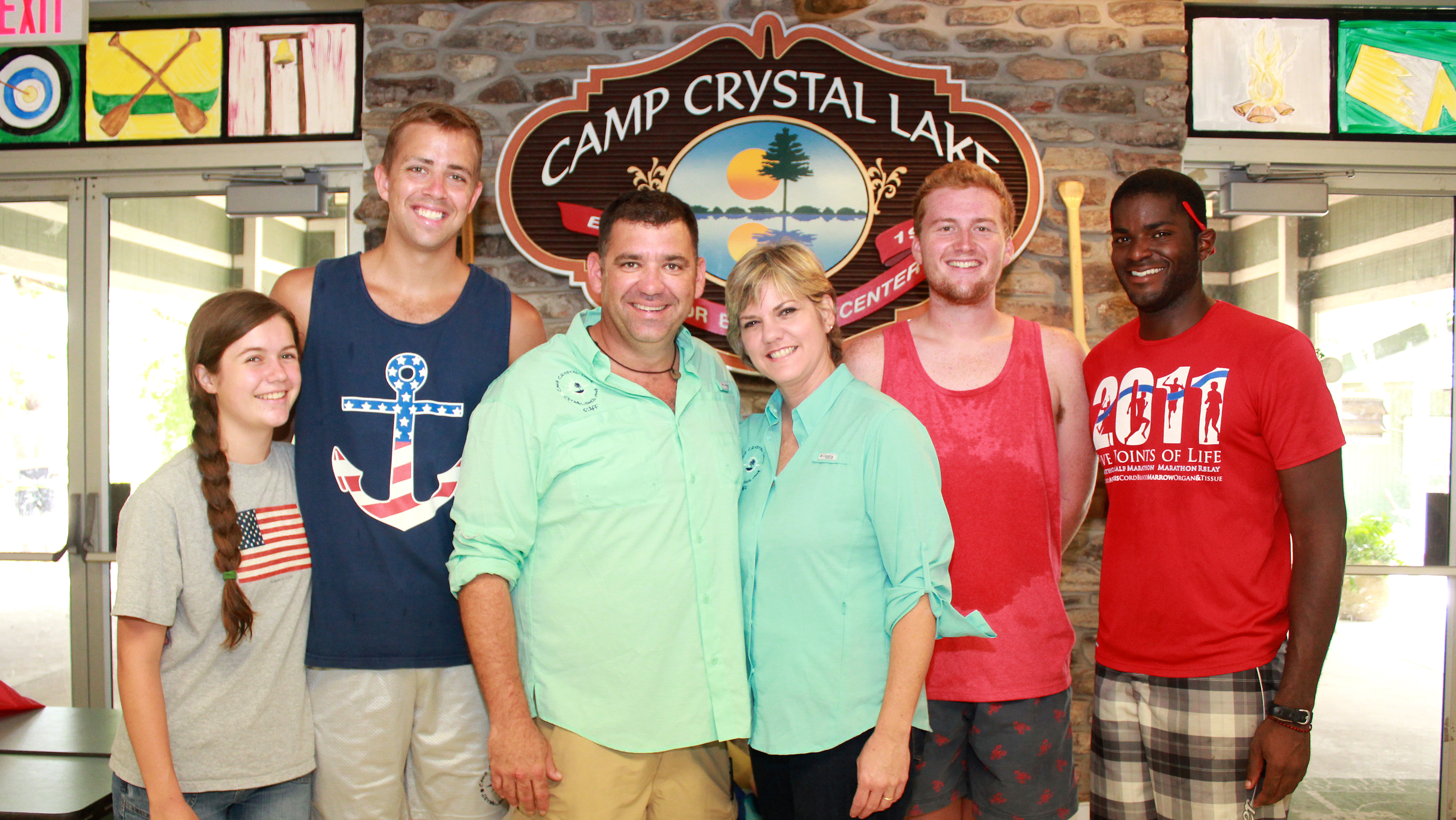 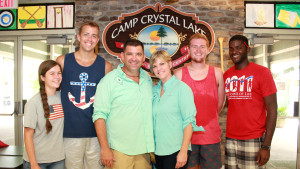 It’s about 9:15 a.m. on July 4, and Camp Crystal is quiet. There is a soft, cool breeze fragrant of sunscreen and fresh-cut grass, and the yellow light of the hot sun is shining through the trees, illuminating the campground.

From the courtyard, a large bell rings, and a sea of children begin to walk down the grassy path to an outdoor assembly area, quietly sitting down row by row. In between the crowd stands Tony Oyenarte, the camp’s director for the past 16 years.

Wearing cargo pants and a Camp Crystal shirt, Oyenarte is radiating, looking more like a tall kid than an administrator. He is having animated conversations with every kid that passes him by, calling them by name and asking them about breakfast or upcoming activities; his voice is full of energy, and his smile could make the Grinch smirk.

This is Oyenarte’s last year with the camp. He and his wife, Stacie, have accepted an opportunity to become the new directors of Lochearn Camp for Girls in Post Mills, Vt., leading summer camp activities.

“It’s really bittersweet,” he said. “We’ve touched a lot of lives here, and I saw myself retiring at Camp Crystal, but then this opportunity for me to further develop this camp in Vermont came up, and I couldn’t pass it up.”

Oyenarte has been involved with Camp Crystal for 34 years. He was a camper, then a counselor, and at the age of 25, he became the camp’s director, the youngest person to date to hold that position. He has only missed one summer since 1979, and has worked with approximately 100,000 kids from Alachua County and beyond.

Oyenarte began his career teaching math and science at Gainesville High School, but quickly changed to teaching physical education because, as he explains it, “he just has to be outdoors.” As a kid, he wanted to be a marine biologist because it would allow him to be outside and in the water; he is a water sports enthusiast.

When Oyenarte was a counselor at Camp Crystal, the director at the time, John Christian, urged him to get an education degree and pursue his passion for the outdoors by teaching at Camp Crystal. He did just that, and is now considered a principle during the school year and a camp director in the summer. He also is involved with the American Camp Association, where he was president of the Southeast section and a member of the ACA’s transition committee.

As the kids scurry from class to class, Oyenarte walks around the camp, checking on the counselors and kids and talking about the history and activities that Camp Crystal offers.

“We are a classroom without walls,” he said, “getting kids to think in a totally different way and step out of their comfort zone by unplugging from all electronics and learning new skills outdoors.”

He describes the camp as a “utopian society,” where mom and dad are out of the picture and children are taught independence and confidence by having to make choices like what classes to take, what to wear and whether to eat dessert before dinner under the guidance of counselors.

“Counselors are what makes this camp,” Oyenarte said. “We train bright college kids from all over the country to become mentors and leaders for these kids and watch them grow as they teach the kids new skills.”

Oyenarte feels inspired working with kids, and he is passionate about always creating a positive environment. He follows a philosophy of asking the kids and counselors, “What would make your day?” and putting a smile on their face by delivering anything from strawberry Jell-O to sitting with the kids at meals.

Oyenarte gets to know the kids so well he learns what makes them “tick” and the best way to connect with each one. Overall, his favorite thing about camp is watching kids try new things, or “TNTing” as the campers call it. He said his biggest reward comes from seeing a kid try something for the first time and seeing them master it by the end of the two-week camp.

“Here, everything is about fun, family and fellowship,” Oyenarte said. “We learn together, we eat together, and the kids and counselors build friendships that continue on after camp is over.”

Oyenarte has spent three decades teaching kids that the most beautiful and precious things are the memories they make. He said that his journey with Camp Crystal has been amazing, and he is ready to take on a new challenge in Vermont. As always, Oyenarte will be a part of Gainesville and of Camp Crystal, but now it will be from the sidelines.