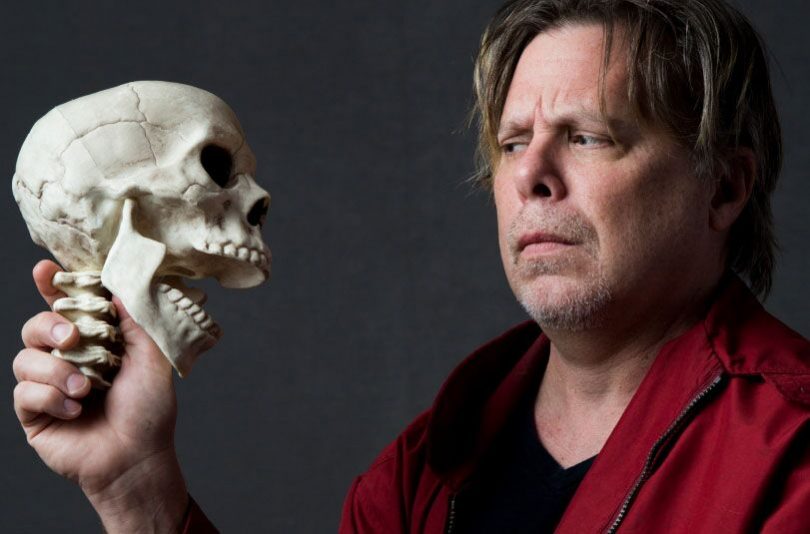 A performance artist had a vision: to stare at a white dot for hours. The white dot on the lip of a politician in the heat of a presidential debate. 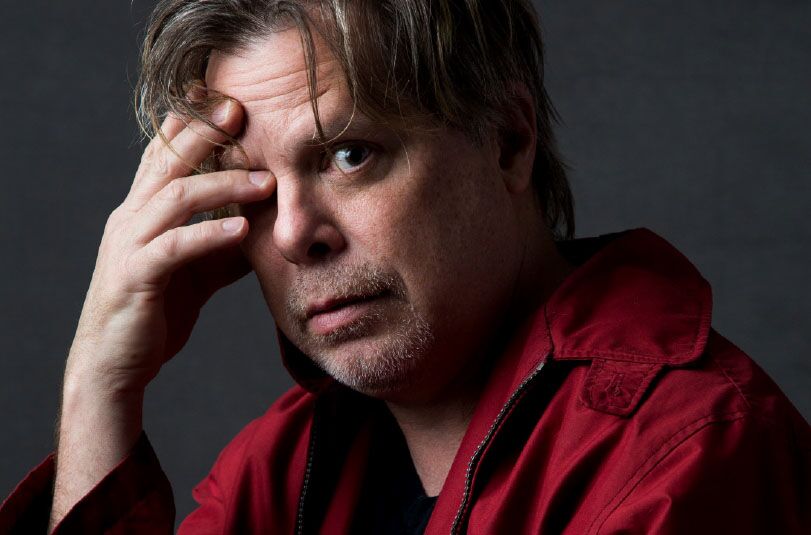 It started when Tom Miller watched Ted Cruz during the 2016 presidential debate.

“He has a weird face. I don’t know if you’ve noticed, but when he smiles it looks like he’s frowning, when he’s happy he looks disturbed,” Miller described.

“Then this weird little white,” Miller thought for a second, “thing…popped out on his lip.” Miller was in disbelief that this was all unfolding on live television. Maybe this white dot was the distraction that caused Ted Cruz to lose the debate, he thought. This white dot haunted him and he obsessed over it. It became his focus for new live performance art.

“The idea is weird,” Miller said, “we are so

Miller set out with a plan to stare at a picture of Cruz’s mouth for two hours. He told the media anyone could come watch and try to distract him, but he wasn’t going to lose focus. He said he was just staring into the abyss of Ted Cruz’s mouth.

Most people were as distracted and confused by this little white dot as he was, Miller said. Before the performance, he got a call from Huffington Post asking if they could do a write up on the stare-down.

“The fact that the Huffington Post wants to write about this is even more bizarre than what I’m already doing,” Miller said.

The Huffington Post article featured a distinguished picture of Miller, his blond hair slightly disheveled, wearing his formal apparel: a T-shirt and jeans topped with a black suit jacket. He was staring intensely at a Ted Cruz painting, including the small white dot on the end of his lip.

“A good performance artist doesn’t entirely know what they are doing,” he said.

He never planned to be a Gainesville celebrity, but he caught attention with his innovative art, he said.

“If the artist doesn’t shock you, the artist isn’t doing his job,” Charles Martin said. The University of Florida chemistry professor has been playing music with Miller for the past eight years.

“Tom is a very accomplished musician and a very talented bass guitarist,” Martin said. “We made two albums together.”

Frank Varosi met Miller through the music scene in the ‘80s.

“His bass playing is really amazing,” Varosi said. “He makes the music into a show, during his bass solos he goes into another realm. He’s left handed so when he’s really jamming he’ll flip his right-handed bass upside down and play with his left hand.”

In everything Miller does, he puts on a show.

He plays concerts wearing different costumes, Varosi said. Miller, in a long wig and a crazy outfit, would pretend to be in a German heavy metal band.

“I wish our paths crossed more often,” Varosi said. “He’s always up to something; Tom is a really creative guy who will definitely surprise you.”

Miller’s love for music began at a young age.

“My Aunt Alice had a record collection with everything from comedy to music,” Miller said. “There was always music in my family. I took drum lessons and played snare drum when I was a kid.”

The 52-year-old said his goal is to entertain, teach, learn, explore and provoke. All of his projects are interpreted differently by his audiences. Most of the time he is inspired by a simple idea.

“Tom reflects what goes on in society with his art,” Martin said. “He processes this data and out comes a piece of art that somehow expressed what everyone is thinking. Tom never rests; he takes his responsibility as an artist very seriously.”

Art allows him to explore certain concepts and share them with others. Some of his performance pieces mold into something bigger, Miller said; he made documentaries about his Ted Cruz and “instillation” of nothing performance pieces.

“Life is boring and people need a break, they need to laugh,” Miller said. “Everything on television and on the media can be so predictable. And so, when you do something really different … that, I think, is what attracts people.”

He said he was not sure how successful he would be in college, but he has found himself back in school at the University of Florida. In perhaps his most ambitious performance art piece entitled “Professor Miller,” he plans to earn a doctorate degree.

“I fell in love with the city because there were so many trees … I found a little tiny New York village in slow motion in Gainesville,” Miller said.

And Gainesville soon became his stage.

Miller toyed with the reasoning of silence and nothingness for another performance piece. He was inspired by John Cage’s piano piece 4’33’’ which is made up of three movements of silence. The musicians do not play their instruments at all during this piece.

What John Cage did with music, Tom Miller aimed to do with a three-dimensional sculpture. Then the “instillation” of nothing began in downtown Gainesville in May 2016.

“We literally brought nothing into the downtown plaza,” Miller said.

Miller recruited a team to haul in nothing. They spent 15 minutes each day assembling nothing.

The team walked into the middle of the plaza bending down and gripping the air, as if they were picking up pieces of the sculpture, but there was nothing in their hands. They lifted with grimacing faces as nothing appeared to be heavy, yet fragile. As they placed the sculpture into the center of the plaza, they quickly ran back to get more materials.

Once nothing was in place, nothing stayed in the plaza for five days. Miller encouraged people to visit nothing and even take pictures of nothing.

County Commissioner Hutch Hutchinson read a proclamation saying the Alachua County recognized nothing. A few days later, Mayor Lauren Poe gave Miller a folder with nothing inside to commemorate nothing. At the conclusion of nothing, nothing happened.

Tom Miller uses these abstract and creative ideas to challenge the way people think about the world around them. His goal is to provoke his audience to think of things in new ways and to question what is seen as normal, he said.

“Tom’s pretty varied in his artistic endeavors,” Varosi said. “He really pushes the limits of creativity.”