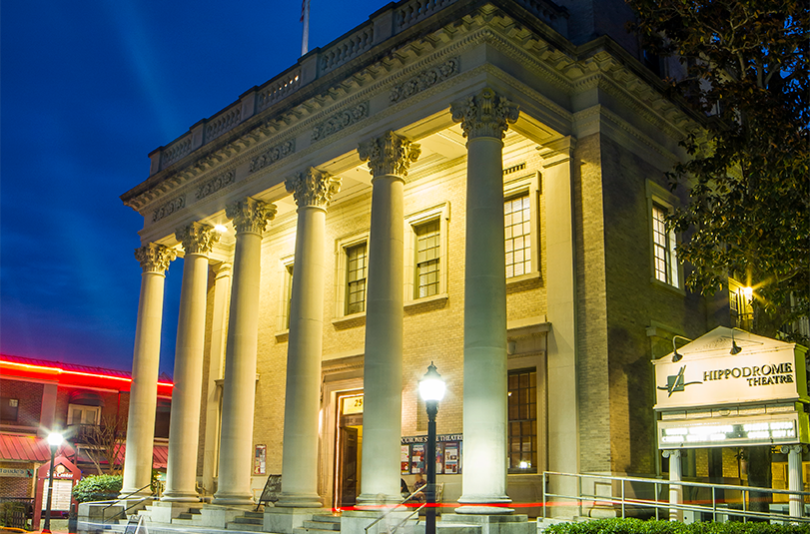 Working in the business of the performing arts comes at a price – more specifically — the price of ever-present, eviscerating budget cuts.

In early March, the Florida legislature created a new budget for the state and cut the funding for the arts by nearly 90 percent. Meaning the funding for the Hippodrome, the local theatre loved and praised by all of Gainesville, is facing a funding cut from $150,000 to a mere $9,970.

“It needs to sink in, it’s unfathomable,” said Michael Curry, one of eight board members of the Hippodrome.

According to Curry, the Hippodrome typically creates about $1.7 million to $1.75 million in revenue, and it spends $1.6 to $1.65 million on expenses. This grant from the state aided the disparity to keep the Hippodrome in an ideal condition. With the recent cut, the Hippodrome will have to make adjustments.

To bring in additional capital, the Hippodrome also plans on expanding its availability to host events such as weddings, baby showers, bar mitzvahs and Greek life events in its basement. Caldwell said these events have already been growing during the 2018 year. The theatre also plans to run more tabling and increase publicity of the theatre.

One factor to note is the state’s decision to spend $400 million in the wake of the Stoneman Douglas High School shooting in February. These funds went towards mental health, school safety and a program that allows school personnel to carry concealed weapons.

The Hippodrome staunchly plans to keep its eight seasonal shows along with other exhibits such as its jazz series.

The Hippodrome sent out a newsletter to its supporters announcing the new model for the regional theatre. This new model is accepting support from local government, businesses, donors and patrons to contribute to the theatre and keep the art alive.

“The response has been glorious,” Caldwell said.

Walt Barry and his wife, both active Gainesville residents, have been subscribers of the Hippodrome for 25 years and donors for over a decade. Barry said when he moved to Gainesville 25 years ago, he became acquainted with one of the development directors of the Hippodrome. The director invited him to attend events at the theatre, and Barry has supported them ever since.

“We found the Hippodrome to be a wonderful institution. It’s a cultural resource that’s hard to replicate anywhere,” Barry said. “It has institutional roots here.”

Barry and his wife attend at least five to six shows per year. The couple also strive to be present at basement events such as the Hippodrome’s 2018 Jazz Series. Barry even sent his daughter to attend a two- to three-week summer class organized by the Hippodrome. 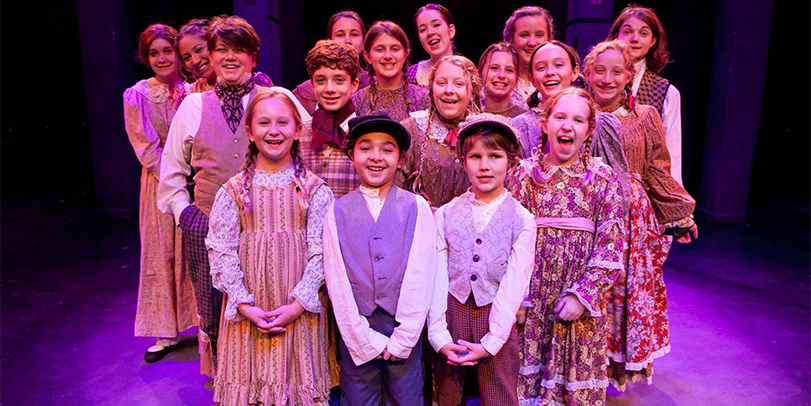 “I think the Hippodrome’s presence has influenced other theatres,” Barry said. “They all have an inter-related quality. It’s a rich tapestry of the community and we’re delighted to be a part of it.”

As for the recent budget cuts from the state legislature, Barry said, “I think it’s a travesty. The state has played a vital role. That
is simply a political decision. People have to weigh these political decisions to see how it affects the community.”

When Barry lived in Melbourne, Florida, in the 1980s, he said he saw his favorite regional theatre close from lack of grants.

“There’s only so much local support you can get, you need that state funding,” he said. “It takes a huge amount of community support to make this stuff happen. State money has played a major role in preserving these regional theatres.

Although Barry is sure that the Hippodrome won’t follow the same fate, he expressed his bereavement for the state funding.

“The theatre can survive,” he said. “But survive and thrive are two different things.”

Ashley Remer, a former Gainesville resident, has referred to the Hippodrome as her extended family for the past 30 years.

“I first starting volunteering in the office when I was 14,” Remer said. “It is the home of my mentors. They have graciously kept the door open for me as I have gone away on my life’s adventures.”

Remer now runs her own nonprofit company, Girl Museum, the first and only museum in the world dedicated to celebrating girls and girlhood.

“We [Girl Theatre and the Hippodrome] are always talking about how we might work on projects together,” Remer said. “The state of arts funding in Florida in general is appalling, but to see that it could basically foreclose on the cultural icon of my hometown is infuriating. The struggles of artists, the people who make us laugh cry and challenge our comfort zones, are no less real than those in any other profession. Yet, it is often seen as their fault, for making the bold choice to keep ideas and culture in public spaces alive for the rest of us, as if this isn’t vital for a community to thrive.”

Remer began volunteering at the Hippodrome at the age of 14, giving her about a 30-year relationship to the institution. Remer said she spent her coming-of-age years rehearsing lines with actors and acting in the Hippodrome’s Improvisational team. There, Remer said she acted, wrote and directed. Because of her connections with the people of the Hippodrome, she later found jobs in New York City working on and off Broadway, and she later operated The Girl Museum.

“In my life, there has been no stronger influence than the Hippodrome and its kin. Theatre is transformative to those on and off the stage,” Remer said. “It was and still is a safe space for young people to develop their strengths as well as open up and be vulnerable.
I learned my worth there, that everyone has a role to play as an important, contributing member of our community.”

Remer said the museum was a safe place where her voice as a young person and a woman mattered – a rarity. Remer said the Hippodrome doesn’t just provide art to the community, but it also gives adolescents a voice and tells them they’re important and will be heard.

“Gainesville has benefited from having this great place where art happens in more ways than it will ever know. And it deserves to live on for another 45 years,” she said.

The Hippodrome’s soul permeates throughout Gainesville and strives to stay alive. Community members can support local art by purchasing tickets to shows and exhibitions or becoming a patron of the Hippodrome by visiting thehipp.org/donate.

For November and December, the Hippodrome still plans on hosting its Jazz Series, a special event titled “Voices of Gainesville” and mainstage shows such as “Every Christmas Story Ever Told (And Then Some)!” and “A Christmas Carol.”