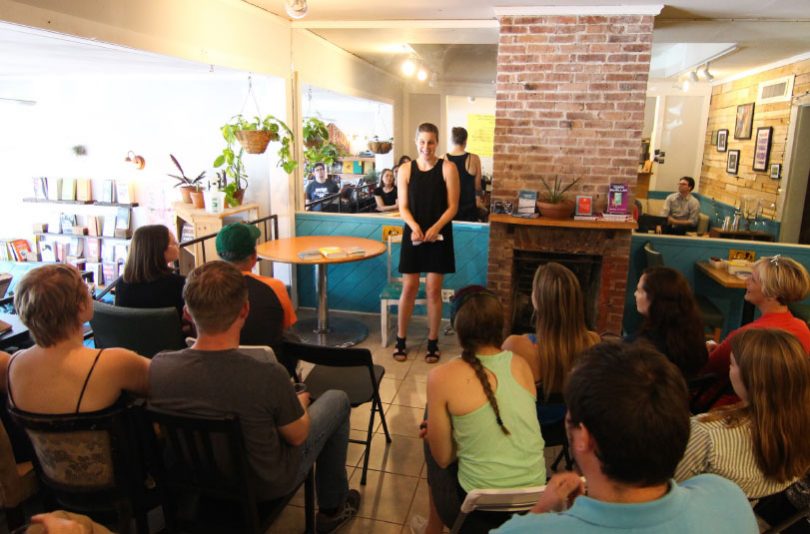 Kiren Valjee, the owner of Third House Books, has run the store for nearly two years. Valjee moved to Gainesville in 2008 to earn his Ph.D. in literature from the University of Florida.

“It took me a little while to discover the downtown scene, but once I did, I fell in love with it,” Valjee said. “We have great restaurants, bars, music. The people that work downtown are really amazing, and that’s where I’ve forged a lot of my friendships and stuff.”

After integrating with the downtown scene, he was saddened when his favorite book stores began to close.

Books Inc. closed because the owners wanted to retire. But Goering’s, another local book store, closed after a game-changing law passed in Florida: Professors could no longer request specific book stores to buy their books.

“So literature professors, for instance, when I started grad school, they would only give their book lists to Goering’s, and no other local store … they did a lot of business in the beginning of the year.”

While professors can’t require students to visit a single book store to get their books, they can still recommend certain stores, such as Third House. But Valjee explained that it’s just not cost effective to “maybe” have the students’ books in stock.

“We have to purchase the books straight from

the publishing company, which is a huge expense,”  he said.

Third House aims to keep the downtown, local store culture alive. At any given time, there are 250-300 books in the store. Because of the highly curated selection, Third House strives to only provide books with good reviews and high cultural value. Valjee said that the selection is intended to not oversaturate customers.

“It’s supposed to be more of a discovery experience rather than a stop and shop,” he said.

People can also place special orders for books from the store to get exactly what they want while still supporting their local business. Valjee said the store supplies as many as 25 different orders a month, with different books every time. The store makes a small profit on those special orders, but more importantly, Valjee said, the store gets loyal customers who are satisfied and will keep coming back.

“Everything is personally done, and we get to foster that relationship,” Valjee said. “And if it’s something that we haven’t heard of and we find interesting, then we’ll order a few more copies and keep them in the store.”

The Eco Book Club is co-sponsored with We Are Neutral, a local non-profit environmental organization that focuses on carbon off-setting and helps residents and businesses determine the size of their carbon footprint and to ultimately become carbon neutral. This club holds meetups on the last Tuesday of the month.

The Better Than Book Club reads a book a month, chosen by either Valjee or another Third House owner. The club then watches the movie adaptation during the last week of the end of the month. Both clubs currently have a small number of members, with five to 10 people attending each meeting. 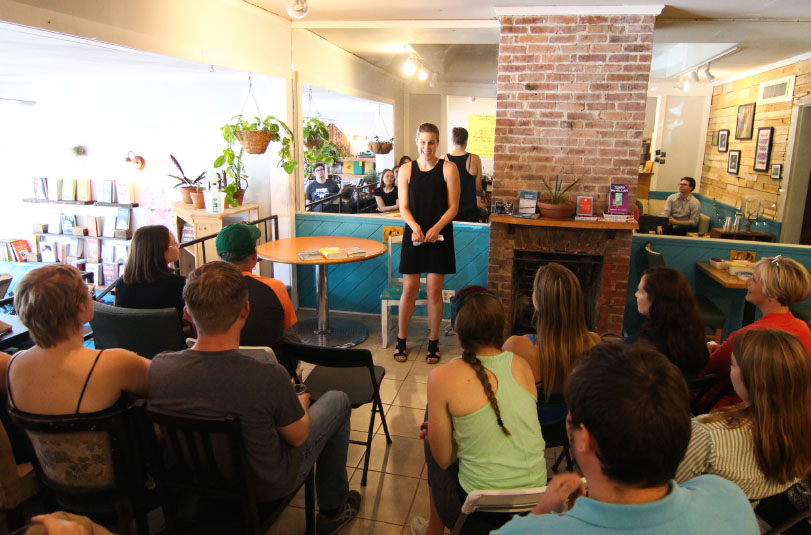 The store also hosts a reoccurring event called Notebook Sessions at which a local band performs.

“To pack everyone into a small space can feel really cozy and awesome,” Valjee said.

Third House has a partnership with the neighboring store, Downtown Wine and Cheese, and the restaurant frequently serves its products at these Notebook Sessions and other events. Third House and Wine and Cheese have been working together since they both opened within the same year.

“We’re just trying to support each other locally,” Valjee said.

Third House has hosted a variety of local and national bestselling authors, including Dr. Ibram X. Kendi, a UF professor of history whose book, “Stamped from the Beginning: The Definitive History of Racist Ideas in America,” won the National Book Award for non-fiction in 2016. Third House hosted a book talk by him and supplied his novel.

“He’s an amazing speaker and an amazing intellectual,” Valjee said. This event was one of their largest.

In January, the store hosted Dr. Paul Ortiz’s book launch for “An African American and Latinx History of the United States.” Ortiz is an nationally recognized author and a UF associate professor.

Valjee said every month about five authors reach out to do readings or to showcase, and from those they’ll try to schedule at least three to four events.

“We try to live up to our mission st

atement and serve the community in that way,” Valjee said. “We’ve gotten a lot of great support from the UF community in general.”

Valjee said Third House strives to maintain the culture of the community by featuring the work of local authors, musicians and artists in the store.

“I think it’s important to remember why we started in the first place and keep trying to do that,” Valjee said. “We are a local business; we don’t have an online store, so we rely on this community to keep us in business, to keep this space open for them and for others, and to give back as much as possible. I think that’s really what’s important about buying local.”

“And that’s huge,” he said. “It’s helping to keep this place open, which provides space for artists to show their art, to sell their art, and keep doing art and to be inspired to do so and to inspire other people to come in and sell their art. We do local music here that supports local music and inspires people to keep doing that. So that’s where your dollars are going when you spend locally.”

On June 5, Third House plans to support the book launch for Lauren Groff, the critically acclaimed author of “Fates and Furies,” which was featured as a New York Times #1 Bestseller. The event is scheduled to take place at the Cade Museum, and will feature Groff’s new book of short stories, “Florida.”