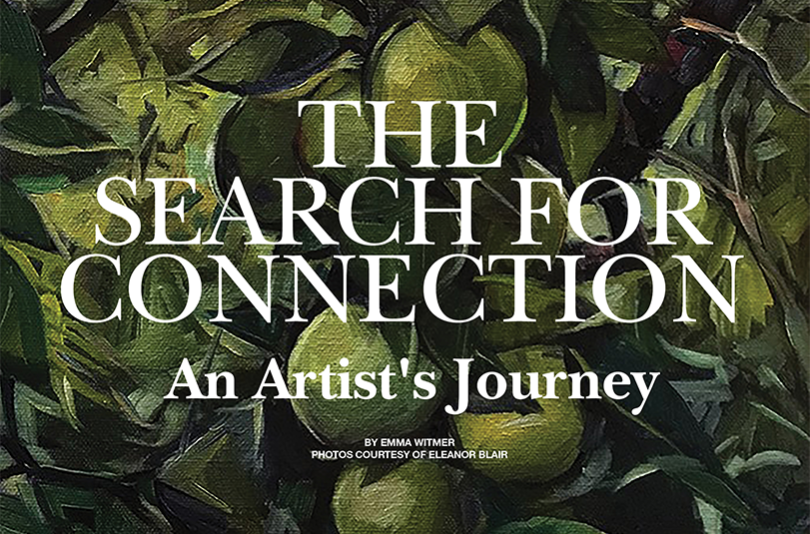 Eleanor Blair unknowingly discovered her ticket home while hitchhiking to work in 1971.

She was on her way to work when a car pulled over, so Blair caught a ride to Gainesville for a rock concert instead.

“I’d never heard of Gainesville, but I was like, ‘Oh yeah sure!’ So, I just locked my bike up and hopped in the Volkswagen Bug with four people, and we drove to Gainesville.”

Packed in with a group of total strangers, Blair went to Gainesville for the first time, and though the concert got canceled, she fell in love with the then-small town. All around, Blair heard people singing on their porches and saw the hands of friendly strangers waving her over join in on the fun.

“I’d lived in New York City, Sarasota and briefly in Aspen, Colorado, and I now know that those places are the least-friendly places on the planet, well maybe Paris,” Blair said with a laugh. “They’re really impenetrable social systems, and I got to Gainesville … It was like heaven.”

Sarasota, Florida was not where Blair wanted to be. After finishing art school at Cooper Union in ’69 and struggling for two more years in New York City, it had seemed that it was time for a change of pace. Her parents had moved from the city to Sarasota, and Blair had begun to build a life near to family. 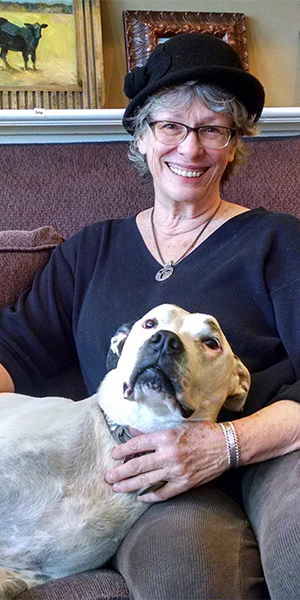 In Sarasota, Blair had to bike six miles to work six days a week just to afford a place to stay. That’s why she started hitchhiking. That’s why everything changed.

Blair spent that weekend in Gainesville sleeping on the floor in a stranger’s home, exploring the city and venturing out to the sinkhole at Devil’s Millhopper with her new friends, where she could just reach into the sand and find shark teeth or arrowheads. Blair was enamored.

The next weekend, she packed a box of paints, a trash bag of clothes, a lamp and $40 into her ‘51 Plymouth and drove to a phone booth at the corner of University and Main to call the people she’d met the weekend before. That night, she moved to a mattress on their floor and began painting portraits for the neighbors, bartending and folding newspapers at the Gainesville Sun to stay afloat.

All her life, when Blair saw what she wanted, nothing could hold her back.

Today, Blair is a Gainesville-based artist renowned for her captivating landscape paintings that hover between realism and the abstraction of a fond memory. She is a drummer in the local rock band Weeds, and now, at 71 years old, is preparing to add another gem to the already bedazzled globe that sits proudly in her studio. She’s tackled Russia, Kenya, Cuba, Spain and dozens of other countries with her paints always in hand. Next stop, two weeks in Rwanda with Arts in Medicine.

Through all of Blair’s stories and through all of her travels, two truths form a tightly woven cord: an unquenchable thirst to connect with the world and the people in it, and an unyielding self-determination that would never cease to serve her.

“I think I’ve always loved art,” Blair reminisced. “It’s like my primary source of peace of mind, so whatever else is going on, that’s my thing. My earliest memories as a child … I can remember my grandfather getting out his knife and sharpening the pencil over the kitchen sink, and my aunts and uncles sitting down and drawing with me.”

Career options were limited for women when Blair was a girl, and her parents always expected her to become a nurse or maybe a teacher, but after being nominated for an art program at the Pratt Institute in 11th grade, Blair knew she wanted to be an artist. Her parents weren’t happy.

“My family just really, really did not want me to go to art school,” Blair remembered. “They were very non-supportive. Basically, it was: if I majored in English or history, they would support me, but if I majored in art, I was on my own.”

So that was exactly what she did.

Blair was accepted into the art program at Cooper Union in New York, and two months into school, she left home and slept on the floor of a friend’s apartment, certain it would all work out. Then it did. When a tenant in the floor above died, Blair was offered the apartment at rent-control price, $47.15 a month.

“It was funky,” Blair said, laughing at the experience. “It was a fifth-floor walk-up, and it had one of those toilets where it’s a box of water and you pull the chain … It must have been from right after toilets were invented.”

At Cooper, Blair had fallen in love with color theory and abstract minimalist art, quite different than the work she does today. Though, she says it’s not that different after all.

“I loved the idea of breaking things down to their most basic elements and then finding as many variations in those most basic elements,” Blair said. Then later added, “I realized that I could be doing the same thing I had been doing with color, but make it be a tree, use that shape and then somebody would say ‘Oh my god! That looks like where I had summer camp.’ It’s an entry point. It’s a place where people who normally would never go to a gallery and buy original art can make that first connection.”

Blair’s work and life are one in the same – they are about finding connection. In Spain years ago, Blair found herself in a huddle of children just let off of their school bus. She didn’t speak the language, but she knew that the children were mocking the older woman sitting on the curb and painting, so she offered to paint the ringleader through sign language.

“Instantly, it was transformed,” Blair marveled. “By the time I was done painting him, they all wanted to make sure I got his freckles. And then somehow, we got into astrology, because the Spanish words and the English words for astrological signs are actually pretty similar. So, it turned out that the biggest, baddest thug in the group was also a Gemini, as I am. Suddenly we had this bond. Then when my friends finally came back, I was like, ‘We’re having a big party, me and all of the kids in the village!’”

At 70, Blair went out on a photography expedition in Cuba, opting to sleep outside with the locals for a night.

“We all just went out and we slept in the open air,” Blair said with a smile. “They gave us what seemed to be like a gym mat, like in junior high school when they cover the floor with mats for the gymnasts. It was that sort of thing to sleep on. We brought sheets and pillowcases from the hotel. But it was amazing. They butchered a pig and roasted it over a fire. All the animals were wild. There were cats and pigs just wandering around. You would wake up and there’s like all these animals.”

Blair is well aware that she’s getting older, but it hasn’t changed her spirit for adventure. It doesn’t seem possible that it could. From her garden, to her dinner each night, Blair incorporates bits and pieces of her travels into each day at her home in Gainesville.

When asked about all of her adventures, Blair said she feels lucky and points to one of her favorite quotes. It’s a line from Kurt Vonnegut’s “Cats and the Cradle.”

“And I was some of the mud that got to sit up and look around. Lucky me, lucky mud.”