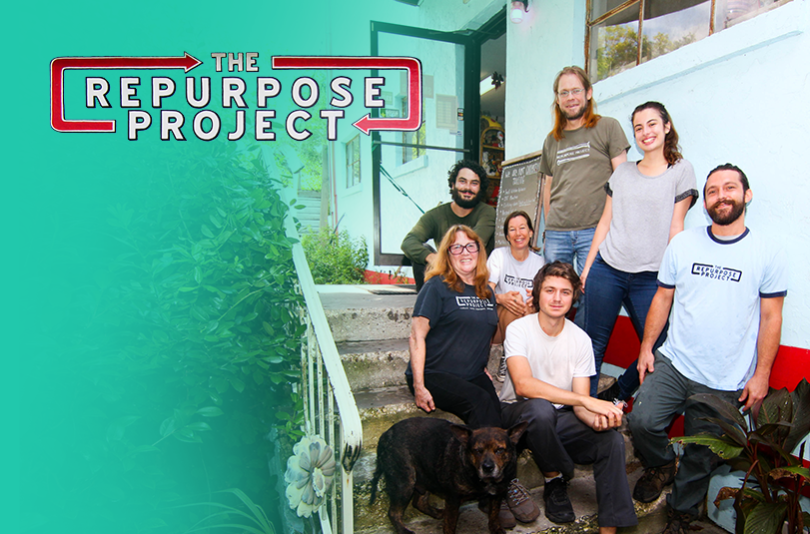 A faded blue sign comes into view. Red recycling arrows border the words: “The Repurpose Project.” While pulling up to its gravel road, there are many things that catch the wandering eye. Piles of wood and unusual chairs are strewn about in no particular fashion. The light coloring of the building matches the sign adjacent to it. It’s oddly charming. Inside, lamps hang from the ceiling and miscellaneous items line the shelves, waiting for someone to see their potential. Boxes and jars seem to be filled haphazardly, but it is a crafter’s paradise. In the perspective of co-founder Sarah Goff, it feeds into the cliché that beauty is in the eye of the beholder.  “Someone will walk by a doorknob a thousand times. But if they see a bin of doorknobs, they’re like, ‘oh, that could be really cool put together and made into something [cohesive],’” Goff said.

Co-founded in January 2012 by Goff and Mike Meyers, The Repurpose Project began as a means to divert the things other thrift stores are not accepting or end up throwing away. Pulling up a wooden chair within arm’s reach, Goff recalls her initial interest in starting the non-profit organization. The 41-year-old often found trash washed onto the shores of her native home in the Marshall Islands. She saw the overlooked items as little treasures. Ever since, her passion for a waste-free world has manifested through her involvement with creative reuse centers, such as South Florida’s Trash to Treasure, and now The Repurpose Project. Goff puts it quite simply: there’s too much waste.

The Repurpose Project promotes a “used economy.” This entails purchasing used items, thus diminishing all that goes into the production of a new product.

“All the growing, mining and manufacturing of things, using a lot of energy and water, are all eliminated if you buy something that is already used,” Goff said. There are limited resources on this planet, and The Repurpose Project plans to spread awareness.

Nearly seven years later, The Repurpose Project has held true to its mission. The non-profit bases its efforts on redirecting useful resources away from the landfill to inspire creativity and to encourage people to rethink what they throw away. This is especially true to 32-year-old Tommy Baker.

Prior to joining the organization, Baker never considered how much he threw away. The eco-friendly nature of the project has made him more mindful of his consumption habits.

“I feel like every week I have nothing in my garbage can because I think of other [uses] or I can find a place for it here,” Baker said.

Baker has been with the organization since its beginning. In fact, he first became involved as both a volunteer and artist. Artists played a huge role in the early stages of the startup. Baker recalls painting on found materials and creating dioramas. Often, artists had their own studio space in which to create, paying into it to help with funding.

Co-founder Goff recognizes the contributions of these passionate people. In turn, The Repurpose Project wants to provide a service to the community that traditional thrift stores do not.

After a series of trial workshops, the Community Arts Center is the organization’s next big direction of growth. It aims to revive the arts from the technology and consumerism habits of the modern world. From fix-it days and open-ended play to performances and gallery openings, the community center supports The Repurpose Project’s vision of respecting the planet, and doing so with like-minded individuals.

From fix-it days and open-ended play to performances and gallery openings, the community center supports The Repurpose Project’s vision of respecting the planet, and doing so with like-minded individuals.

“We always knew that we wanted to bring people here to create, enjoy music and spend time together instead of buying,” Goff said. “That’s really the purpose – to get people off their phones, out of the stores alone and bring them together.”

Goff shifts comfortably in her chair and smiles when she thinks about those who visit.

“I’m always, every day, blown away by people’s creativity and how they’re always so excited and proud to show us pictures [of their projects],” Goff said.

The community’s support and involvement bring spirit to the environment. Since they are self-funded through sales, The Repurpose Project continues to grow with the help of volunteers. Though she jokes about an adopt-an-aisle type of volunteer system, Goff ultimately hopes people will support the store by coming in and buying used merchandise.

Events are a large part of their community outreach. Trash Princess, a kids’ crafts activity held in Depot Park, challenges the negative connotation that is often associated with trash. Using a Disney princess model, children utilize found materials to create art. Goff’s three-year-old and five-year-old inspired the idea. Her children’s love for princesses and Goff’s own love for trash creatively fuse together to instill enthusiasm towards the environment early on. 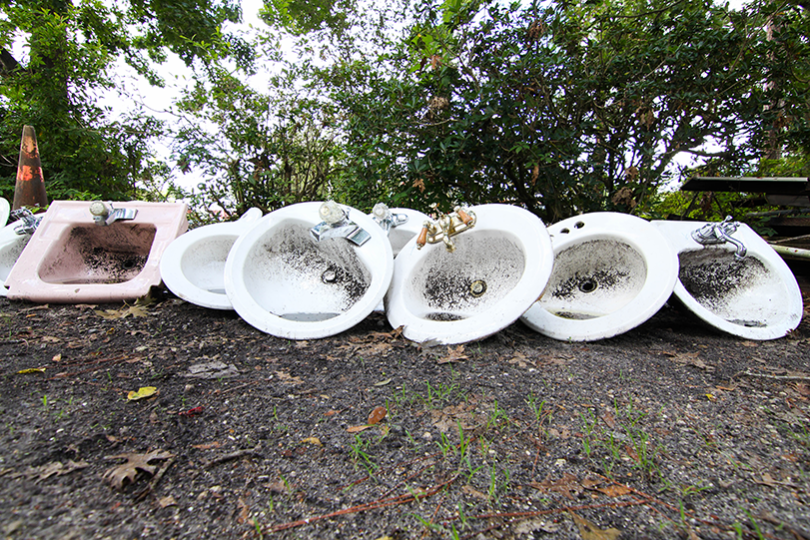 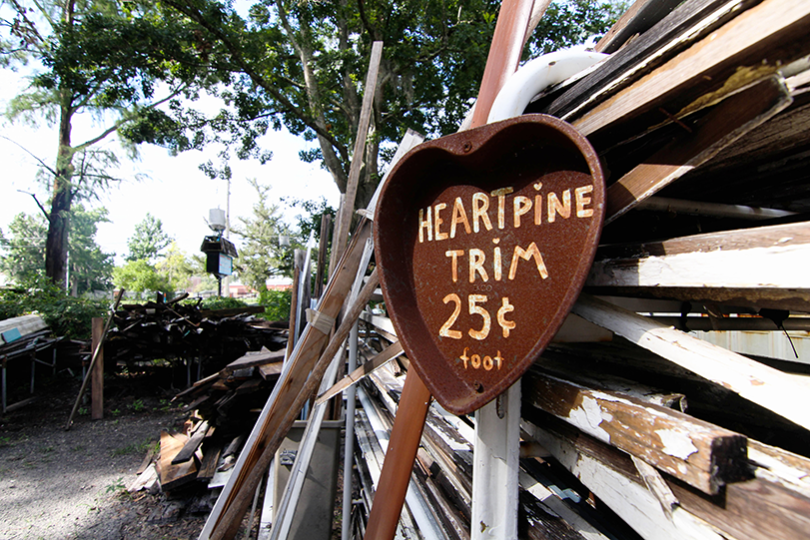 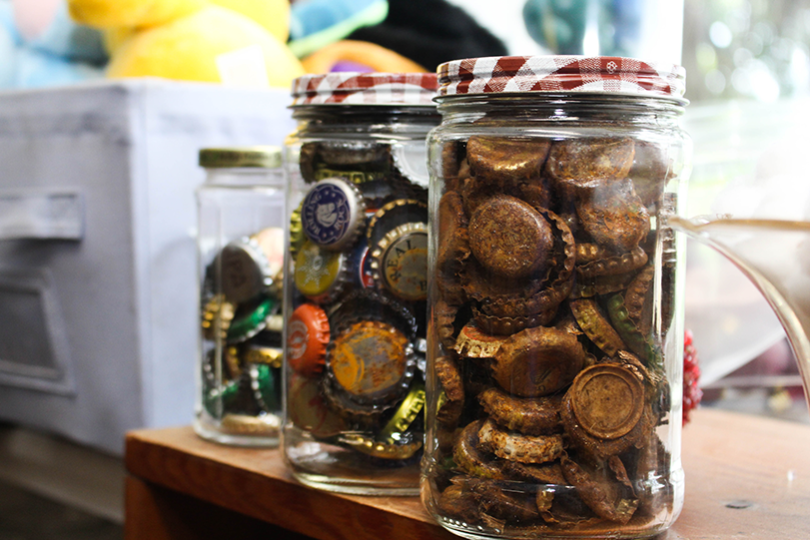 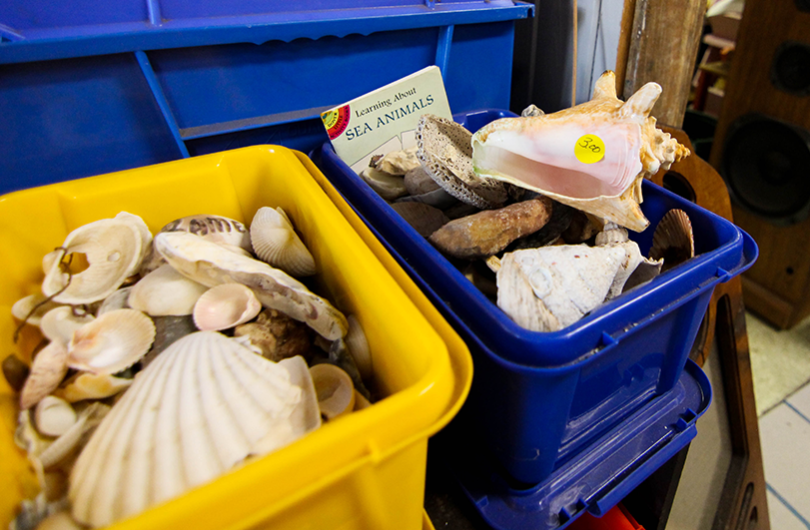 “The most exciting projects are when we have events,” Baker said. “It always stands out because it brings everybody here, and [it] takes a lot of community to put on an event.”

A couple years ago, The Repurpose Project staged Trashion Show – an event that included designing wearable art and showing it off on a runway.

“It actually happened in the rain, but everyone still came out,” Baker said.

This was just one of many memorable moments that shows the connection between the community and the organization. With its environmental mindset, outreach and encouragement of imagination, The Repurpose Project transcends the norms of a traditional second-hand store.