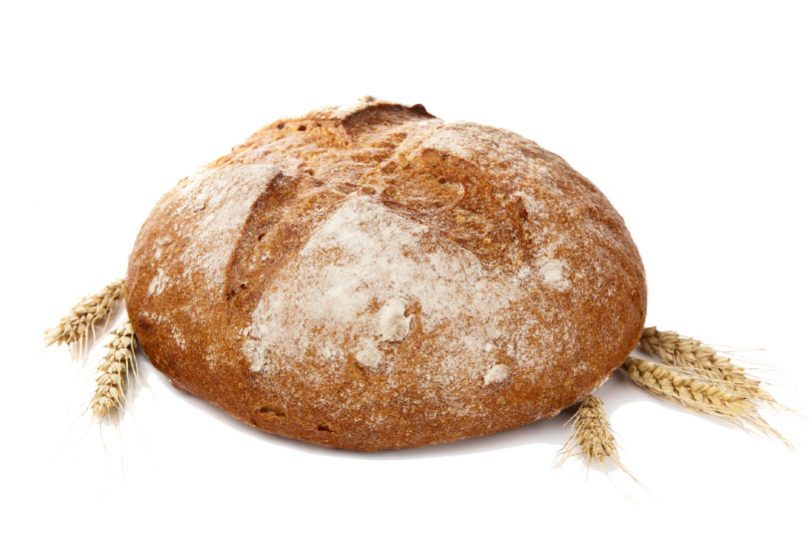 Marcia Conwell saw hunger in the face of Ms. Rainwater. The 88-year-old woman, a former piano teacher, dragged a little red wagon with a missing wheel. In it, she carried her oxygen tank wrapped in the quilt from her bed. As she trundled along a dirt road in Otter Creek, this elderly woman would line up with hundreds of others to receive her groceries at the Bread of the Mighty Food Bank’s mobile food pantry.

Conwell, who volunteered to distribute food that day, had decided not to bring bakery products. Conwell told Ms. Rainwater that they didn’t have any bread, but the elderly lady wouldn’t budge from the line. She insisted on receiving her bread. Tears trickled along the lines etched into her aged face.

Towns such as Otter Creek or Cross City are classified as food deserts. These towns are devoid of grocery stores and the only oasis of food is a dinky gas station and a building serving as the mayor’s office, the post-office and a venue for every other thing. Every month at sunrise, as many as 150 to 250 people line up to receive groceries. They will wait as long as four hours for the mobile pantry’s arrival at 10 a.m.

“Can you imagine being 88 and eating a half a slice of bread for breakfast, lunch and dinner every day, and that’s all you have?” Conwell said. “It’s hard to believe that people really live like that 40 minutes away from here. She was a piano teacher for 60 years and hungry.”

In that moment, the lady with the little red wagon inspired Conwell to take her career in a completely different direction.

With fiery red hair clipped high and mighty, bright blue eyes and thin determined lips, Conwell is the president and CEO of the Bread of the Mighty Food bank (BMFB). The nonprofit organization is one out of 14 food pantries in Florida responsible for providing food for five counties in the north central area and for approximately 190 agencies.

“I made a decision whether someone was going to eat or not, so I told myself right then I’ll never do that again – I’ll try to get out in this community and tell people what hunger really is,” Conwell said. “Because I looked hunger in the face.”

For 17 years, Conwell has been leading the BMFB in feeding the hungry in Alachua and the surrounding counties. Conwell said one in four children and one in five seniors in Alachua County are in need of proper meals.

Before she began working for the BMFB, Conwell fostered her passion for feeding the hungry early on. She had been feeding the hungry even before she knew what the BMFB was. Loretta Griffis, director of community outreach for the BMFB, has known and worked with Conwell for 13 years. They met at the Fire of God Ministries in Gainesville. There Conwell would slave over a piping hot stove in a tiny kitchen chugging out massive pans of rice and chicken to feed the homeless every Saturday.

“This is her baby, this is her passion, and this is her life,” Griffis said. “She’s given up so much to make sure this place keeps on running.”

Conwell put herself through school at 19 years of age as a single mother, when dinner for her children was only grilled cheese and canned tomato soup. Although nursing school didn’t fulfill her, Conwell did know her way around a kitchen. She could relieve stress just by whipping up her mouth-watering dumplings, classic deep-fried chicken or green bean casseroles, all of which are her specialties.

Eventually, Conwell came to manage her own diner, Marcia’s Restaurant and Deli, where she served breakfast and lunch. Even then, she would give the leftovers to the homeless women looking for food. The restaurant stood strong for seven years before Conwell made the decision to leave and work for the BMFB.

“The restaurant was always my dream, so I felt I was giving that up, but we’ve done it for so many years,” Conwell said. “We were getting mentally and physically tired.”

She left a comfortable position with a 401K, a retirement plan and benefits, for an entry-level job at the BMFB with a starting salary of $7.50 an hour. The risk of financial failure scared her, but she credits this leap of faith as part of God’s plan.

In her office, one wall away from a cowboy cutout and right across from her desk, she has a framed photo of couple, Jim and Anne Voyles. They were a typical elderly couple with squishy smiles and warm demeanors. The Voyles treated her like a daughter and cared for her during her struggles. They formed her base of support and through them she began to develop her faith in God and trust again. She began to build a new life for herself.

“I learned how life is not fair, but try to help the next person,” she said. “I know I’ve been angry a lot, but I’ve always tried to help as many people right where they are – not on my terms, but their terms. That made me become a very protective person.”

Despite being 17 years her senior, Griffis lovingly calls Conwell her mother bear. Conwell watched over Griffis and her husband when he was diagnosed with prostate cancer. He used to say she was his red-headed stepdaughter. As part of his dying wish, Conwell spoke at his funeral. Later, Griffis joined the food bank.

Conwell is a logistical queen. One look in the warehouse and she can spot even the most minute of discrepancies. Her demeanor never wavers under pressure. Out of the whole year, she only takes one or two long weekends for vacation. With her number taped to the front of the building, her phone is glued to her ear, receiving calls late into the night.

“[She tries] to lead by example,” said Conwell’s son, Josh John. “[The staff] respect her for working with them and not just sitting in her office throwing out commands and orders, but actually going out and working with them.”

While her plaque says president, Conwell has worn several hats. She has done everything from distributing food to driving the trucks to rotating product. But she still doesn’t heavily immerse herself in the organization’s business aspects. For her, it’s all about filling stomachs.

Conwell’s compassion is her legacy.

Today, she is not only the CEO and president of Bread of the Mighty Food Bank, she is also the president of Feeding America, and she has developed connections with local and national organizations.

“I think she has a bigger heart, if that’s possible, but I think it’s because we’re getting bigger,” Griffis said. “She has gotten Gainesville food bank on the map.”

The food bank, her family and her faith stand as a testament to her strength and her success despite her struggles. Conwell is not just a CEO but she is also a mother of four and now a grandmother of seven.

Conwell has always persevered with independence, fervor and probably a skillet in hand. Her struggles may have defined her, but they haven’t broken her because she’s put her passion on a plate to share with others.

“It may take me a while; I may have to go over a mountain or through a mountain, but if it’s very important, I’m going to do it.” Conwell said. “If I can help them, I’ll help them until I can’t anymore.”