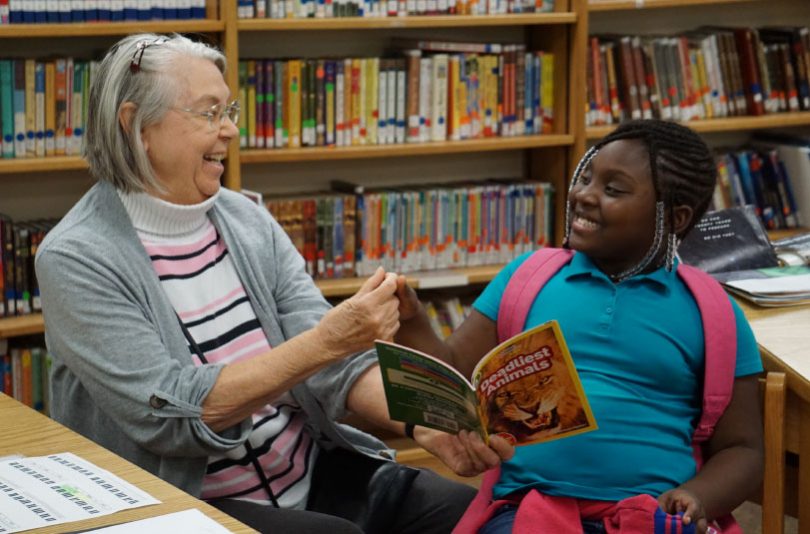 Karion Williams was introduced to United Way of North Central Florida (UWNCF) when a brand-new bed showed up at her door a few days before Christmas.

After recently taking in an 8-year-old girl, Williams had been searching all over for something the girl could sleep on. She scoured thrift stores, asked her church and even her neighbors, but still no bed.

The little girl had no choice but to sleep on the floor.

Then, out of the blue, Williams got a call from UWNCF. The caller said they found her a bed at Furniture Kingdom. The store soon contacted her and brought out a bed, but not just any bed – a brand-new bed.

“It was the nicest thing anyone has done for me or for her,” Williams said. “I thought my problem was so small that no one would help us, but they did and that really means a lot to me.”

Over the past six decades, UWNCF has raised more than $91 million to help people in North Central Florida like Williams, yet not many Florida residents know exactly what the organization does.

President of UWNCF, Deborah Bowie, said the organization runs independently from all of the other United Ways worldwide. UWNCF has tailored its mission to work towards improvement in health, financial stability and education in the community.

“At United Way, the tent is so big, there are so many different things we have our hands in,” she said. “It’s overwhelming when someone says, ‘Tell me about the United Way.’ United Way is every single person who walks through that door that says, ‘Hey, I want to volunteer,’ or ‘Hey, I’m [joining] a workplace campaign,’ That’s who the United Way is.”

The way it works is UWNCF funds 34 agencies’ programs in those three areas, she said. So instead of focusing on one aspect like some charities, UWNCF works with all types of efforts across North Central Florida.

It all started 61 years ago when a handful of people got together, created the Alachua Community Trust, and set a fundraising goal of around $75,000. Bowie said they then exceeded their goal by $10,000.

Over the decades it grew in both size and scope, now covering six counties in North Central Florida. In order to assure that the money UWNCF raises is going to its best use, the organization has adopted a business model based on impact. 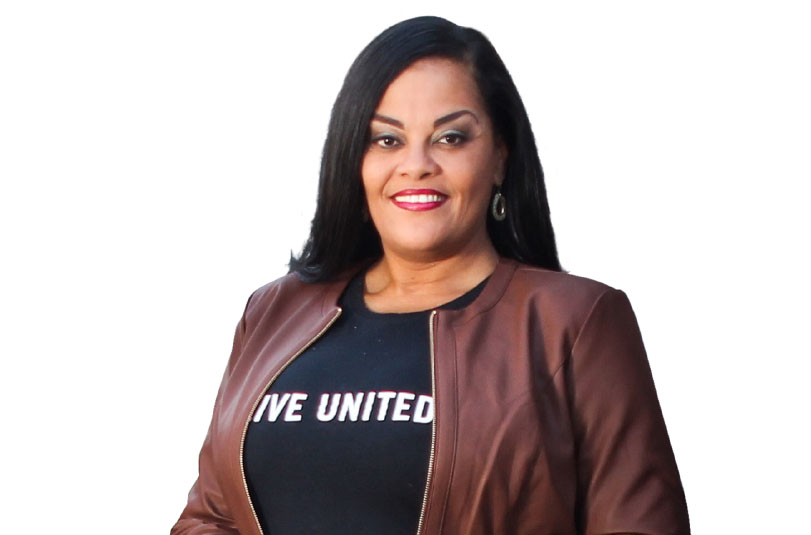 UWNCF commits to funding an agency for three years and then, based on their progress, they adjust the funding.

“The reason we do three years is so we give the organization time to do the work, to gather the data, and to have something substantial to show in terms of the growth model,” she said. “Here’s the thing, the donor is the customer.”

The donor puts their trust in UWNCF to invest their money meaningfully, she said.

“Ultimately, what I am going to do is go back to the donor and say, ‘This is how you’ve made a difference,’” she said.

Finding donors requires just as much strategy as improving the community. The traditional method for United Way to acquire donors is through its “workplace campaign.”

“Workplace campaigns would be, if you work for a company and the HR department decides that they’re going to offer an opportunity for employees to give to any charitable organization through the United Way, we would send our development team over, do the presentations and bring agencies in,” she said.

Through a payroll deduction, an everyday working person can make a huge difference, she said. But the problem is people don’t work the same. This generation will have at least a dozen jobs in their lifetime.

So instead, UWNCF has adapted, using strategies such as partnering with local small businesses.

Front Street Real Estate Broker Gavin Johnson said he became involved with UWNCF through an investment program at work where they give a portion of their revenue to organizations like UWNCF. He quickly became more than a donor when he accepted a position on the Community Investment Committee (CIC).

“I just hopped on, and really learn from the folks that have experience on the team, and then contribute my knowledge to it,” Johnson said.

The CIC is a group of business professionals in Gainesville who meet throughout the year to evaluate partner applications for United Way.

Becoming involved in UWNCF is as easy as coming into their office and talking to the receptionist.

“We’re always looking for volunteers. I think the recent study on racial inequity presents an opportunity for us to bring a different kind of volunteer, in the way of grass roots,” Bowie said. “There are a lot of people out there doing great things, who don’t know who we are and what we do, because maybe they’re not in a traditional workplace, or they’re in a place that doesn’t want a workplace campaign.”

Since the programs are so diverse, volunteering can be fitting to someone’s needs and wants, she said. Although all of the programs are top-of-the-line, there are some that get to the root of the problems that plague the community.

One of the many programs UWNCF funds, Girls Place, provides after-school tutoring for young girls.

“Just the mission of Girls Place in this community, and the impact that they’re making in the lives of young, impressionable girls that are going to grow up to be strong, independent women, means that they’re sort of getting to a core issue of family stability at a very early age,” Bowie said.

An important partner in the area of financial stability would be Peaceful Paths, she said.

“The mission of Peaceful Paths is to give families who are going through an emergency crisis – through domestic violence – a safe harbor,” she said. “They leverage every dollar that we give to them.”

In addition to funding programs, UWNCF participates and hosts events year-round for both the community and its donors.

On March 21, UWNCF participated in a 24-hour online fundraising effort called “The Amazing Give” aimed at raising money for all charities together.

“I think the constant reminder about the important work that we do here is when people you don’t know walk up to you in the grocery store because I’ve thrown on my Live United shirt,” Bowie said. “They’ll come unsolicited to tell me some story about how United Way helped somebody in their family. Being the president here, when I hear a story like that it just reminds me of how important the work is.”

* To learn more about becoming involved with United Way visit their website at www.unitedwayncfl.org/.