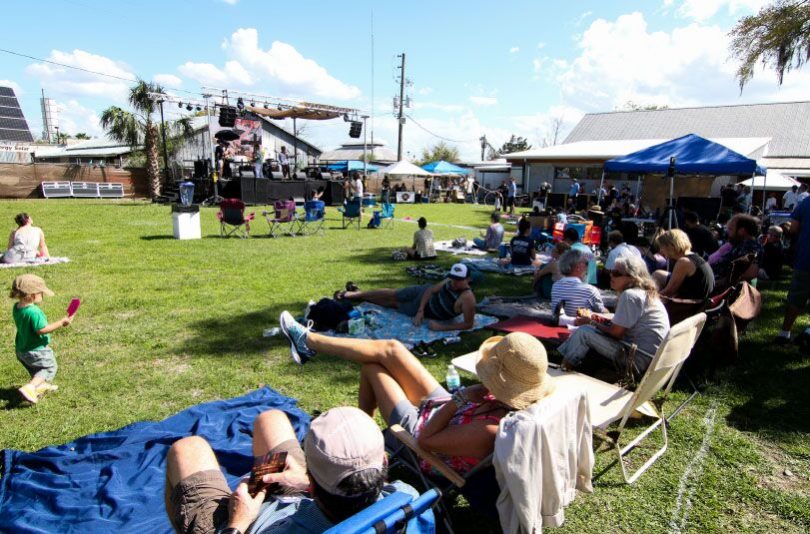 There are few things that bring people together like good music. It breaks barriers and allows people to connect with others regardless of age, race or religion. With this in mind, it’s no surprise that a quality music venue can bring a community together in the same way.

Heartwood Soundstage has done just that since it opened in Gainesville on February 25, 2017. With its main draw being its premiere acoustics and ability to record live video, local performers, national acts and music lovers of all ages have flocked to this venue.

“Heartwood was built out of love for the artists in Gainesville who deserve to feel respected, appreciated and honored,” said Dave Melosh, one of Heartwood’s founders. “It’s also a place for community. While the right technical setup is great, it’s even better to have a place for the community to connect.”

While it has only been open for just over a year, its history is more than 40 years in the making; proof that when people come together, magic can happen. 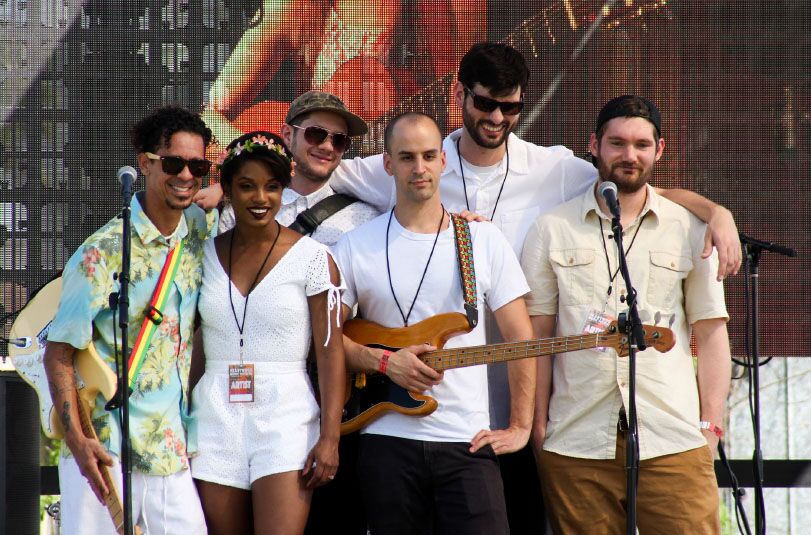 Bob McPeek, the chief operating officer of Heartwood Soundstage, was 14 when he got a guitar for his birthday. He played in bands throughout high school and college, all while pursuing a doctorate degree in psychology. It was during his last year of study when he realized he wanted to take a chance at a career in music.

McPeek moved to Gainesville in 1977 and called the engineering department at the University of Florida in search of someone who would be interested in building a recording studio. That’s how he and Paul Pavelka first teamed up.

Pavelka was getting a master’s degree in mechanical engineering from the University of Florida at the time McPeek got in touch with him. He was always interested in sound and recording and was good at electronics.

“I was the guy they all went to when something broke,” Pavelka said.

Pavelka’s audio engineering skills and McPeek’s passion for music merged, and the two started Mirror Image Recording Studio in McPeek’s house. It was only a matter of time before Mirror Image grew and moved to the plot of land that now houses Heartwood Soundstage. In 1981, Hoch Shitama, the president of Akira Wood, a Gainesville architectural woodwork company, became their landlord. He would later become their business partner.

McPeek ran the studio for a solid 20 years before he decided to sell it. But it wasn’t long until it returned to him again.

McPeek was working in psychology when he heard from Shitama in 2006, asking if he was interested in resurrecting Mirror Image when the current owner put it up for sale. There was too much history – too much of a legacy for him to let the land turn into anything other than a place meant to produce music. McPeek agreed, and Shitama bought the property back as well as some of the previous owner’s recording equipment.

Over the years, Mirror Image recorded bands that stretched across genres including Less Than Jake, Sister Hazel and Creed. While Pavelka and McPeek had always dreamed of adding a performance space, it wasn’t long after that Heartwood began moving from an idea to a reality.

“Bob and I had been talking about putting a venue together for a while, and it started out as kind of a small idea and the idea kind of grew,” Shitama said.

They teamed up with Melosh, who at the time was running Medusa Productions. The guys determined that including video recording capabilities in a new venue was essential, and with 15 years of experience as a recording engineer and 10 as a videographer, they asked Melosh to join.

McPeek also reconnected with Pavelka. After hearing of Heartwood and its plans, Pavelka was eager to join the team and help out with the technical side of things.

“Having a performance space was what Bob and I really wanted to do 30 years ago,” said Pavelka. “When this opportunity came up, it was just really exciting.”

Mirror Image began renovations in June of 2016. All four founders, McPeek, Pavelka, Shitama and Melosh, brought their own expertise into the building of the venue. Almost nine months later, it was complete. With the interior decked out by Akira Wood with rescued cypress and sweetgum premium wood, it reopened under the name Heartwood Soundstage.

The creators of Heartwood received their certificate of occupancy the day before the first Heartwood Music Festival.

Heartwood opened its doors with a music festival featuring over 24 bands, food trucks, craft beer and other parts of a traditional festival atmosphere. Over 1,500 people showed up.

“Our grand opening last year blew us away,” Melosh said.

After its opening, Heartwood began hosting a diverse lineup of shows. From folk music to jazz, artists from near and far came to perform. People from all walks of life came to watch.

“It’s not uncommon to have people across an 80-year age gap,” Melosh said. “Seeing a room filled with completely random people all getting moved to chill bumps is a pretty moving thing to see.”

As a true listening room, audiences get the opportunity to fully focus on the music during shows without the distractions that might be present at a bar or nightclub. This was an important aspect to McPeek because of his recording studio background.

“You get very addicted to the quality sound,” McPeek said. “The intent was to make a live recording and listening facility that was as good as the experience of listening in a control room.”

Furthermore, multicast cameras and livestream capabilities make it easy for every show to be videoed and many to be livestreamed. Last year, an Israeli progressive rock band, Marbin, played at the venue. Although the band’s genre was different from the singer-songwriter and folk music that Heartwood more commonly hosted, more than 11,000 people streamed the band’s show online.

The venue has also proven itself by featuring over 20 sold-out shows since its opening. While the inside listening room only provides room for around 165, the outside area can be filled by many more.

“The most common feedback is that this is an incredible community resource,” said McPeek of the venue. “Almost every show we’ve done has ended in a standing ovation.”

While Heartwood is known for its quality shows, it’s also known for bringing Gainesville together. Every Tuesday, Heartwood hosts Gainesville Creators Night. This event features a potluck, a front porch acoustic jam, a workshop and a live taping of an artist. It’s a chance for creators of all types – not just musicians – to come together and bond with each other.

The founders of Heartwood are hoping to focus on live production in the coming year. They’d like to stream every show and tighten up their footage to make it closer to that of a real broadcast.

Furthermore, they’re looking to hire a full-time booking agent. They would like to bring in even more of the best national acts, the best unknown artists and the best local artists to Gainesville. With this, they would like to see Heartwood morph into a premier national venue. Despite the small size, they want shows to be streamed by thousands of people every time.

“We’re trying to step up the level of music in Gainesville,” Shitama said. “We’re trying to make a world-class venue where we can record video and audio that looks and sounds good.”

Regardless of whether they are able to achieve these goals, the guys are glad the community has been able to enjoy the venue in the way it was intended.

“At the end of a show, this woman came up to me and said with a sheer smile on her face, ‘thank you for building this place,’” McPeek said. “Given all the work we’ve had to do, it’s nice that it’s being appreciated.”