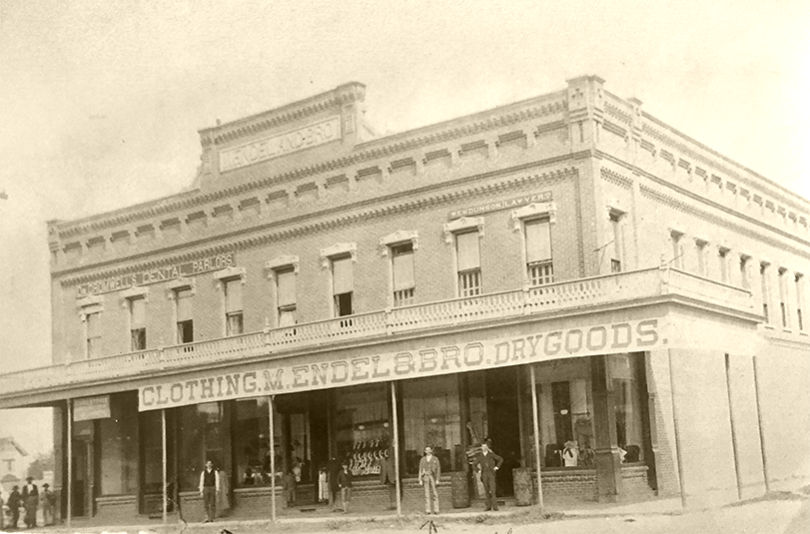 Today, Florida has a large Jewish population, but 150 years ago that was not the case. Jews were not allowed to legally settle in Florida until the territory was acquired by Great Britain in 1763. Yet, it wasn’t until Florida became a United States territory in 1821 that Jews felt free to openly practice their religion. Unfortunately, this did not eradicate anti-Semitism, but the sparsely settled lands of Florida gave persecuted Jews from around the world a place to start over and begin anew.

Alachua County of the early 1820s was the location of a unique Jewish settlement. Moses Elias Levy was born in Morocco in 1782 to a highly respected Jewish merchant who served in the court of the sultan. Levy learned to speak five languages and became a merchant in his own right. He was a social activist, utopian theorist, abolitionist, Freemason, and supporter of universal education. His son, David Levy Yulee, would become the first Jewish man to be elected as U.S. Senator.

In 1818, Levy traveled to the United States with the purpose of drumming up support and financial backing for his Jewish settlement. He believed it to be a sacred cause – a place to give the persecuted Jews of Europe the freedom to worship, live out their faith, and preserve their culture. The settlement was to be a communal, agrarian one where an equal emphasis was placed on both education and religion.

He purchased over 50,000 acres from Don Fernando de la Maz Arredondo in 1820, which eventually grew to 100,000 acres. He constructed three properties – a sugar cane plantation on the Matanzas River, Hope Hill plantation in present-day Astor, and Pilgrimage a few miles from Micanopy. Sadly, none of these buildings survive today. Levy’s efforts finally paid off in 1823 when his business partner, Frederick Warburg, arrived with 21 settlers and 15 enslaved laborers. The main contingent of settlers arrived later, but complete records are lacking.

Pilgrimage only lasted 13 years until the Second Seminole War in 1835. Although it was a financial failure for Levy, it was the first Jewish farming settlement in the United States and created a new opportunity for the persecuted Jews of Europe. 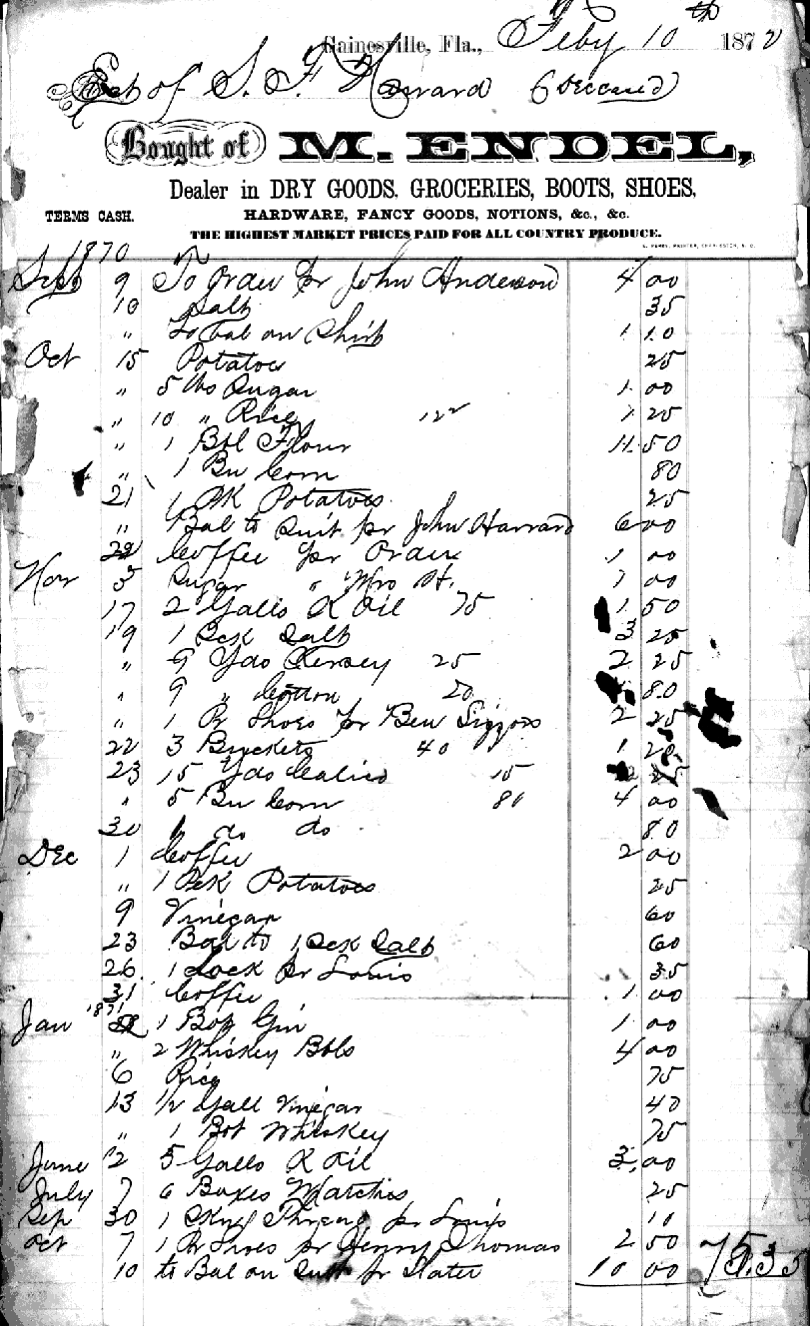 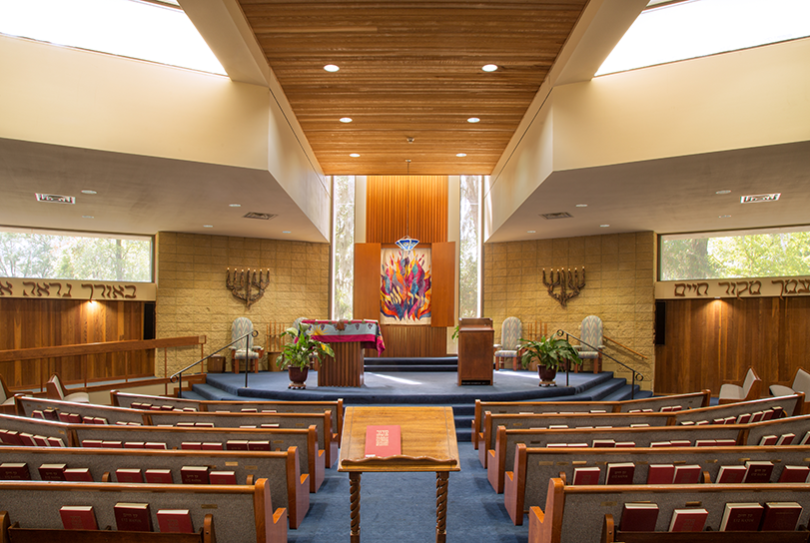 The Jewish community of Alachua County has a long and rich heritage filled with faith, family, perseverance and steadfastness. 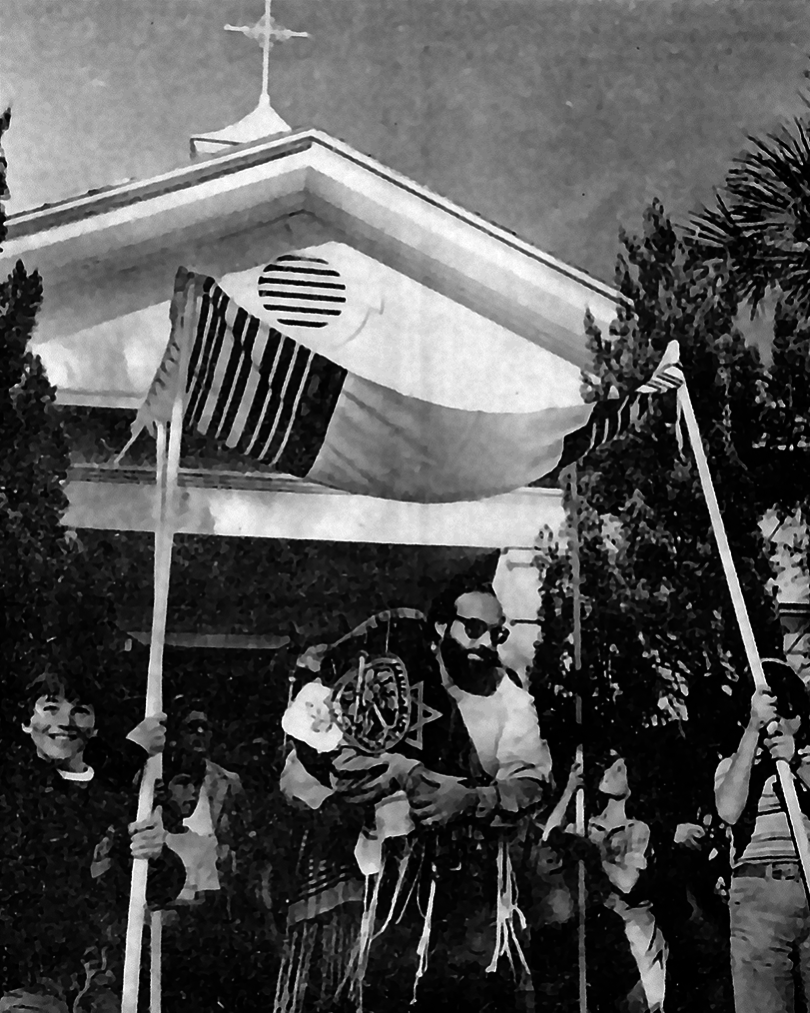 After the Civil War, Jewish settlers again began arriving in Alachua County. One such settler was Moses Endel. He was born in Poland in 1829 but immigrated to the United States. In 1865, he moved to Gainesville with a Torah and his family and opened his clothing store on the courthouse square. Moses was involved in the community and a member of the Masonic lodge. In 1893, he served as Grand Master of Florida’s Grand Lodge of Masons. His sons, Marcus and Jacob, continued the family business, changing the name to M. Endel & Bro.

During this time, the historic Jewish Cemetery, located at the corner of East University Avenue and Waldo Road, received its first burial on August 28, 1871, when 20-year-old Abraham Pinkussohn died.

In 1946 the cemetery was transferred from the care of its trustees to the trustees of the B’nai Israel Congregation, which still cares for it today. The cemetery contains Gainesville’s only Holocaust Memorial, which was installed in 2010.

Prior to 1921 Gainesville’s Jewish community worshipped in rented halls and private homes. On December 22, 1921, Congregation B’nai Israel was incorporated and in 1924 dedicated the city’s first synagogue at the corner of SW 2nd Terrace and SW 2nd Place. Their current location on NW 16th Avenue was purchased in 1959 and today the congregation is led by Rabbi David Kaiman.

Temple Shir Shalom, a reform Judaism congregation located on NW 8th Avenue, hosted its first official meeting on August 29, 1984, with 24 founding families. They acquired their current location in 1989 and in 2004 welcomed their first full-time rabbi, Michael Joseph. In 1990 the congregation opened a section in Forest Meadows Cemetery on NW 39th Avenue for their members.

Gainesville’s status as a university town helped the local Jewish community to grow. In 1937 the first Hillel in Florida was opened on the campus of the University of Florida. Today, it continues to provide resources for Jewish students and encourage their growth as leaders. The UF Center for Jewish Studies was established in 1973, thanks in large part to the late Dr. Samuel Proctor, a member of B’nai Israel. Long considered the foremost scholar on the history of Florida, Dr. Proctor was also considered the historian of the Gainesville Jewish community.

Located in Library West on the University of Florida’s campus is a treasure trove of Jewish history. The Isser and Rae Price Library of Judaica was dedicated in 1981 and moved to Library West in 2006. The library was named in honor of the parents of Jack and Samuel Price who established a fund for the collection. Isser and Rae were key members of the Jacksonville Jewish community. The library holds over 110,000 volumes and is considered the foremost library of its kind in the southeastern United States.

The Jewish community of Alachua County has a long and rich heritage filled with faith, family, perseverance, and steadfastness. Their contributions to the greater community include civil service, the arts, business, education and so much more. The community’s legacy will always be a beautiful ribbon in the tapestry that is Alachua County.