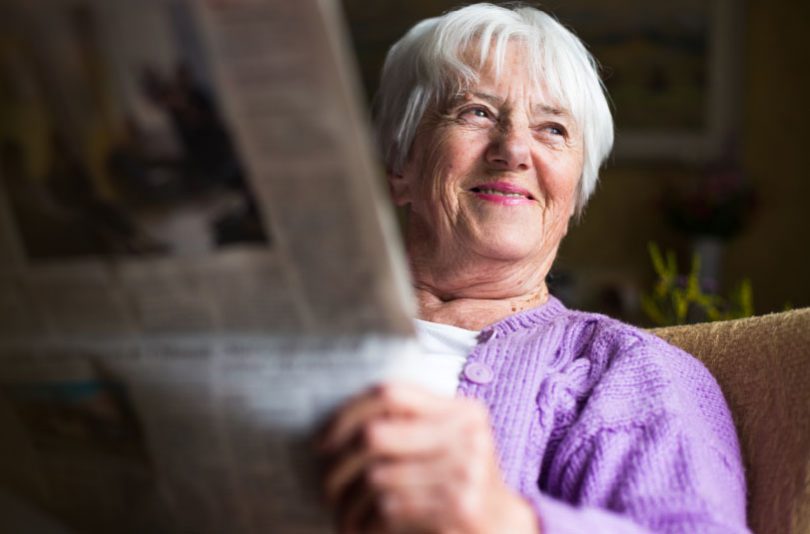 Florida is known for its influx of snowbirds during the winter, but its aging population consists of much more than transient retiree vacationers. According to the U.S. Census Bureau, 26.7 percent of Floridians will be age 60 or older by year 2020. According to Christy Carter, the program director of the University of Florida’s new master’s program in Gerontology, the United States is understaffed in the geriatric field.

“Especially in the healthcare field, there is a lack of individuals who are trained to actually take care of older people, and older people have special needs,” she said. “We wanted to help fill that gap with what we know works in practice through research.”

UF’s Institute on Aging developed an online-only master’s program in gerontology in an effort to fill the healthcare gap. The primary goal of the program is to improve the quality of life for older people, Carter said.

The baby boomers are one of the driving forces behind the need for a better education in geriatrics. Baby boomers are getting older, and it’s happening now, Carter said. Without a better understanding of their needs, baby boomers could easily become a huge drain and burden on the United States’ social system, specifically Medicaid and Medicare.

Carter explained the situation has the potential to become a public health crisis. Not only could understanding the issues of aging save the United States money, it would also help improve the quality of life for the older population.

“A lot of them are in Florida,” Carter said, “so it’s especially important for us here.”

However, health professionals are not the only ones who benefit from UF’s program. According to Carter, some of the other students enrolled in the field come from the business administration, law enforcement and law mediation fields.

Maria Schlafke was the first person to enroll in the master’s program. A working professional, Schlafke is a Florida Supreme Court Certified mediator in Gainesville, Florida, who specializes in elder care. As a mediator, Schlafke helps with disputes between older parents and their children. Her job is to help them move past their conflict to focus on the real issues they need to address.

In order to understand how to assist elders within the law mediation field, Schlafke felt a master’s in gerontology was an important degree to attain. Using some of the education she gained from the program, Schlafke can more easily recognize when she has a client who has Alzheimer’s or dementia.

“They’re coming to mediation, because they still have a voice,” Schlafke said.

She uses her newfound knowledge in the Eldercaring Coordination Project, a pilot study in the 5th Circuit Court of Florida. The purpose of the project is to reduce conflict in families so they can focus on the issues presented by the aging process and work with others in their support system to provide legal advice, guidance and care for their loved ones. 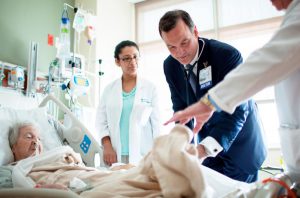 In another two years, the study will probably be presented to the legislature to make into a law, Schlafke said. Passing it into a law will give judges an important tool — the ability to appoint a coordinator when children and their elder parents are in high-conflict issues.

“There are needs and issues that are, quite frankly, not legal related,” she said.

Where should Mom live? Should Dad still be driving? Should Dad be going to elder-parent daycare? These are just a few of the issues Schlafke mediates.

One of the reasons she chose UF’s master’s degree is because the gerontology program resides in the school of medicine. Most, if not all, of the programs Schlafke researched only viewed the process of aging from a social aspect. Prior to the development of UF’s gerontology program in 2014, Schlafke was a student in an online doctorate program at a university in Chicago.

After hearing about UF’s program, she withdrew from the previous university and enrolled at UF. Schlafke appreciated how UF’s program encompasses every part of aging, including environmental, behavioral and scientific factors.

Although UF’s master’s in gerontology is an online-only program, it provides a hands-on experience, Schlafke said. Part of the program’s appeal is the accessibility of the professors.

“We’re here for them,” Carter said.

According to Carter, the faculty is very involved. Not only are they creating the curriculum, they are also the ones teaching it. In other words, students won’t find teaching aides instructing their classes.

“The professors have real, everyday knowledge,” Schlafke said. “It’s not every day that a university can have that caliber of professors to teach in its courses.”

The course work and materials were another plus in Schlafke’s book. She referred to the materials as being “very fresh.” Not once did Schlafke feel as if she was learning methodology that was outdated. In an aging world, where new technologies are constantly being developed, Schlafke appreciated the faculty’s effort to provide relevant material.

One of her favorite courses was the Clinical Neuroscience of Aging class. Although it was a difficult class, she enjoyed the challenge.

Schlafke’s interest and knowledge on the subject is exactly what Carter and the professors of the program hope to achieve. By educating more of the population on the aging process, the quality of life for elders will improve.

“Everyone will be in contact with an elderly person at some point,” Carter said, “especially in Florida. Any kind of advantage you have to better serve that population, the better off you are.”

Although Schlafke chose to pursue a master’s degree, others can choose to be certified in gerontology. A certification only requires a total of five courses, whereas a master’s requires 36 credit hours.

If there was one thing she could tell people about the geriatric field, Carter said she would want people to know how rewarding it is.

“I think the rewards people reap from seeing how they can help other people, this older population, are wonderful,” Carter said. “We have testimonials from our students thanking us because now they feel empowered; they feel that they can actually make a difference in people’s lives.”