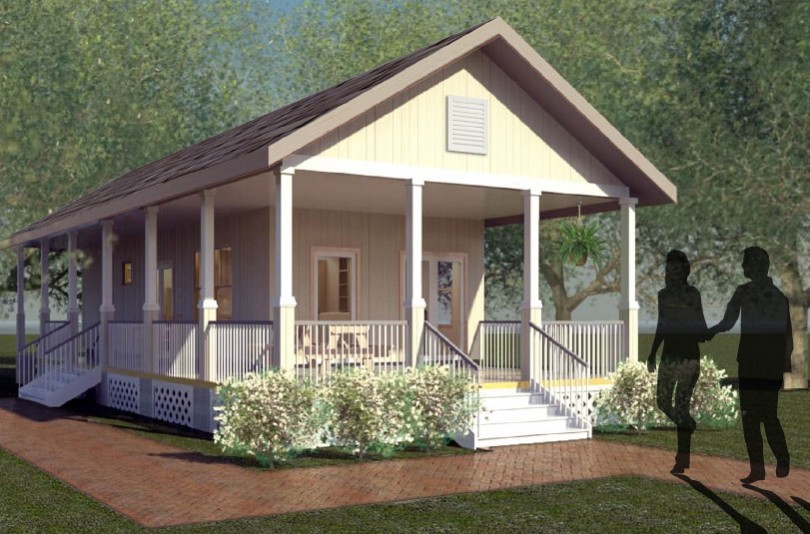 Although tiny houses may be small, the hype surrounding them certainly is not. In recent years, the popularity of tiny houses has skyrocketed, with people of every age and background hopping on the tiny house train.

The city of Gainesville is no exception to the craze. Tiny houses were one of the main focuses at the 2016 Alachua County Affordable Housing Summit.

Gainesville residents are allowed to build a space as small as 240 square feet on an individual lot. Unfortunately, as of right now, the city does not allow “accessory units” to be built onto existing houses. This means that you might have to postpone assembling a tiny house addition in your backyard. 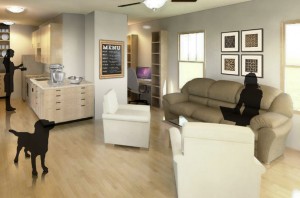 Mary Alford, principal at The Sustainable Design Group, has dedicated much of her work to building small houses. She described a basic blueprint of a tiny house: “There are some very basic ones where you have a porch, living room, kitchen, dining area, bathroom and bedroom. A lot of the small houses are designed to fit on a narrow lot because they want to fit into the existing urban fabric of the neighborhood.”

The tiny house movement is a byproduct of issues within the larger construction business, Alford explained — so much emphasis is put on the size of homes that good design is often forgotten.

“When you go to buy a house, a realtor will say, ‘You can get that house for $120 a square foot, and this one over here is $140,’” she said. “But, there’s no discussion of good design or how well you’re going to use that space. We don’t buy our cars by the cubic foot; we buy them by how they function, how they meet our needs and how we’ll use them. We think of them more as a tool. So, when we think about small houses, that’s how we’re thinking about it. We’re not thinking about the square footage; we’re thinking about how we function in that space.”

There are more benefits to tiny houses than just functionality. Undoubtedly, the affordability of small homes is a major appeal to buyers. “To build a tiny house, typically I tell people $35,000 to $50,000,” Alford said.

She added that this cost plus the cost of utilities and insurance would average to a monthly cost of around $500 a month, about the same as a monthly rent fee for an apartment in Gainesville. “And at the end of the day, you actually own something,” Alford pointed out. “So, that’s a way for young people to become financially independent very fast.”

In a town with so many students, tiny houses could become a viable option for housing instead of dorms or apartments. The benefit of financial freedom could aid more than just students, though. Alford highlighted an older client who plans to gain financially from a tiny house as well.

“He is building a small house, and he’s going to live in it while renting out his big house as his retirement income,” she said. “His plan is to go to Europe. If he’s traveling half the year, he doesn’t want a big house to take care of.”

The client’s story draws attention to another perk of tiny homes: the simplicity of management. Sustaining a large property can be difficult for anyone, but for the elderly, ease of upkeep is crucial. “We have an aging population, and they don’t want to go live in an old folk’s facility,” Alford said. “But, they don’t have the time, energy or money to maintain a big place.”

We know that tiny houses are easy on the wallet and low maintenance, but they also provide relief for the environment. The materials that go into building a small house are miniscule compared to that of the “McMansions” that have held recent popularity. Furthermore, the energy that goes into running a tiny house is limited. Because tiny homes require less power to heat, cool and provide electricity, homeowners are able to significantly reduce their carbon footprints. Alford explained that the eco-friendly nature of small houses is a great appeal to many buyers. “Many people that are living in smaller houses are just looking for a way to have less effect on the Earth, so this is one way to do that,” she said.

However, Alford explained that owning less is not just about the environment. It’s about the people themselves. “Many people feel a real sense of spiritual satisfaction from not having to spend so much of their time thinking about things,” she said.

It is this satisfaction that might be the overall driving factor of the tiny house movement. To some, the transition into a tiny house is merely a reflection of a transition to a simpler life.