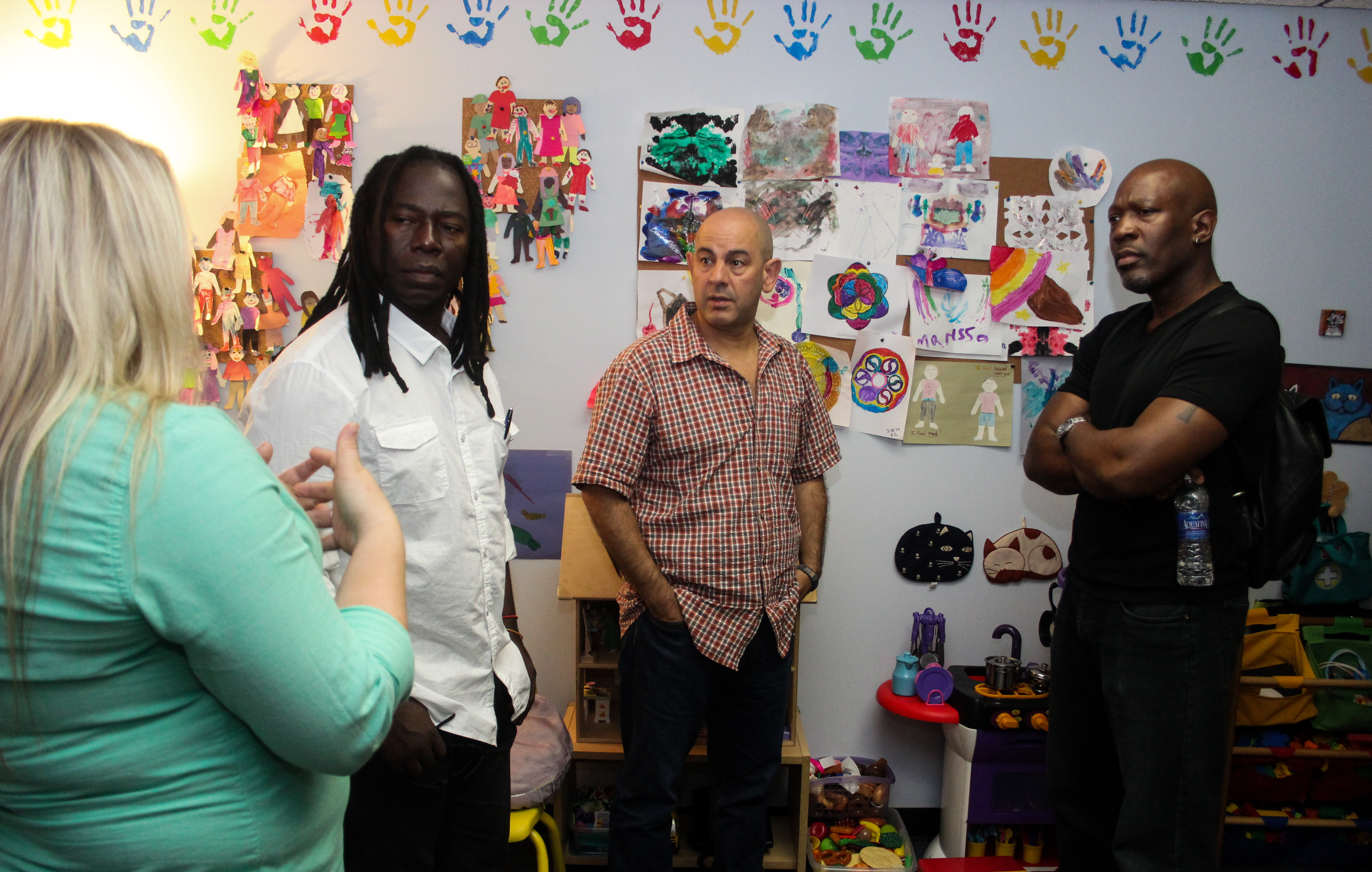 When my good friend Chef Madison Cowan tells me something is worth doing, I know from past experience that it’s definitely worth taking his advice. So, when he called to invite me to join him at the 2014 Taste of Gainesville, I cleared a few days in my slightly crazy schedule and made plans for an all too infrequent visit to Florida.

I had never been to Gainesville before. However, one conversation with Scott Costello, the passionate organizer of the festival, convinced me not only that this going to be a lot of fun but that this was a very special, close-knit community I really wanted to find out more about.

Scott told me that by giving ticket holders a chance to taste food from thirty of the best restaurants, wines and beers in town, Taste of Gainesville raises funds for three deserving charities that are particularly close to his heart. The day before the event, Chef Madison and I were joined by Chef Ivan Dorvil, who had driven up from Miami to join us, and we were given a chance to spend time with the organizers and charity beneficiaries .

As people who live a good deal of our lives in the public eye, it was both humbling and inspiring to meet people whose only motivation is to give those who are disadvantaged the chance to have lives filled with the quality and opportunity so many of us take for granted.

At the PACE Center for Girls, we met a number of young women who had taken advantage of the support provided by the remarkable organization to transform their lives and become advocates for the power of counseling and education. I won’t deny that even three hardened old souls like us began to suffer from watery eye syndrome as the powerful young people shared their stories.

Our eyes barely had time to dry out before they were leaking again as we heard about the tireless work of the Child Advocacy Center. Here, inside a cramped facility, children who have suffered neglect or abuse are able to speak to a range of experts and share their fears and stories in an atmosphere that is warm, welcoming and filled with some of the most caring people you are ever likely to meet.

Finally, we met with one of the most remarkable father-and-son teams it has ever been my pleasure to encounter. Tyler Staab suffers from dystonia, a little-known neurological movement disorder that actually affects more than 250,000 people throughout the United States. Despite the challenges the disorder brings, Tyler’s constant smile is infectious, as indeed is the passion with which his father, Rick, seeks to raise funds to find a solution to the very curable disease.

It was an emotionally exhausting but hugely inspiring day that made Madison, Ivan and myself even more determined to do our bit at the big event. Our task was to judge the dishes of three chefs in an Iron-Chef style competition. As someone who has been lucky enough to participate in the televised competition, I can say I was hugely impressed with the quality of the dishes placed before us. However, I have to admit I was even more impressed with the event itself, both in terms of its organization and in terms of the hospitality we were shown by everyone we met — so much so that at the end of the evening, we all agreed we would make plans to return in 2015.

Scott tells me that Taste of Gainesville raised record amounts of money for its three charities this past year. I am delighted to hear it, and I am glad I was able to play a small part in helping everyone involved. However, the amazing grand total, which I believe has topped $75,000, is far more of a testament to the hard work of Scott and his incredible team as well as proof, if it were needed, of the generosity of the good folks of Gainesville.

The only downside is that next year, we are going to have to beat that total. So, Gainesville, be warned: We’ll all be back next year, and we won’t be taking no for an answer.