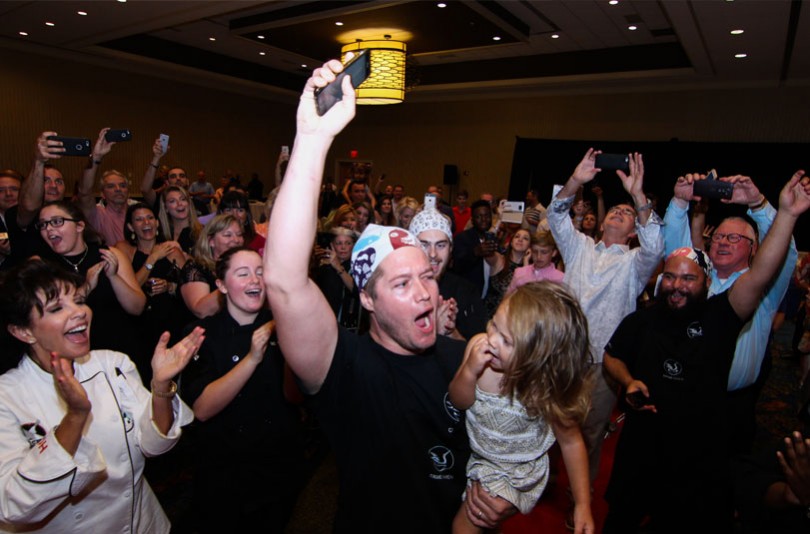 June 5, 2016 marked the 7th annual Taste of Gainesville, a charity event that raises money and awareness for select nonprofit organizations in the heart of Florida, with a special emphasis toward nonprofits that help local children in need. In the past seven years, Taste of Gainesville has been able to donate nearly $350,000 to local charities. This year’s event raised $80,000 for the four benefitting charities of 2016: the Child Advocacy Center, PACE Center for Girls Alachua, Ronald McDonald House Charities of North Central Florida and Tyler’s Hope for a Dystonia Cure.

Sherry Kitchens, President of the Child Advocacy Care Center, said, “The support and good will of the Taste of Gainesville Board and team for the past seven years has enabled 6,768 abused children to get the services they needed. We are grateful for the outpouring of support by Taste of Gainesville that has saved children from abuse and ensured that these children heal and flourish,” said Kitchens.

Chef Christy Angerhofer accepted a last minute invitation to Taste of Gainesville, saving the spirit of the competition and epitomizing the selflessness of the organization’s mission. Angerhofer has worked as a chef for The Kentucky Derby, Nasdaq Tennis Tournament in Key Biscayne, Belmont Stakes, and also was on the NASCAR circuit for a whole season. She began working for North Florida Regional Hospital in 2009, and is currently the executive chef there. “I felt honored to be chosen as one of the Iron Chef competitors of Gainesville,” said Angerhofer. “I was also thrilled to find out that my meal raised so much money for several different local children’s charities.”

If any local businesses or restaurants would like to be a sponsor for the 8th annual Taste of Gainesville event in 2017, applications become available on the event website, tasteofgainesville.com, starting in August. You can also email Events Coordinator Sarah Beatovich at [email protected].