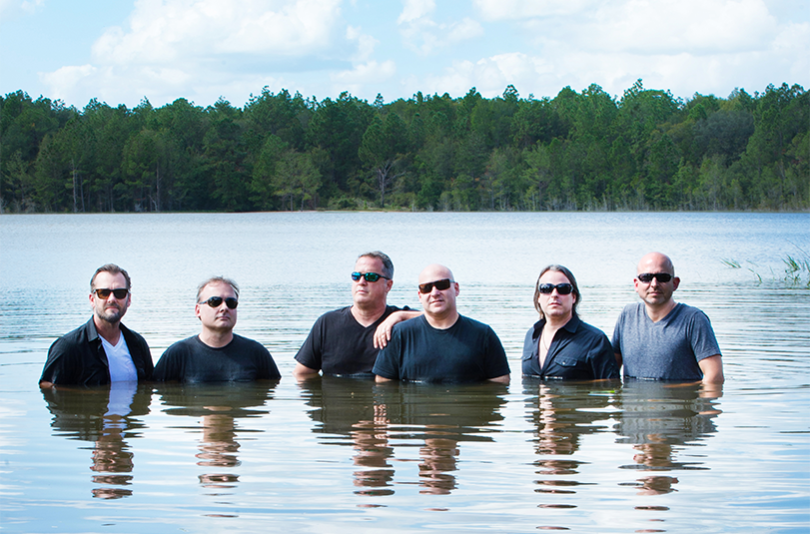 Top-chart hits and multi-platinum albums captivate fans and young artists seeking to live a life of musical fame. Yet, to the humble members of the Gainesville band Sister Hazel, their success and stardom give rise to more esteemed opportunities – opportunities that give back to the community. With projects like Camp Hazelnut and Lyrics for Life, Sister Hazel looks to keep a strong, supportive relationship with fans and members of the community by promoting cancer research and patient-care services.

Ken Block, lead vocalist, lost his younger brother, Jeffrey, to T-Cell Lymphoma when the two were just teenagers. In honor and memory of his brother, Block and his fellow band members established Lyrics for Life, a charity that unites musicians and celebrities for concerts and auctions to benefit cancer research and patient-care charities.

“All of us have been impacted by cancer in one way, shape or form,” Block said. “All of the guys in our band have always felt like if our vehicle can call attention to worthy causes, then that’s part of who we are as people.”

In the past two years alone, the band raised $500,000 at their Lyrics for Life events. The money raised will benefit pediatric cancer research at the University of Florida and will help fund the immediate needs such as gas, hotel rooms and the offsetting of bills for children and their families, Block said.

“We walk the walk when it comes to believing in the causes of Americans, and cancer just happens to be one that’s very personal,” Block said.

Additionally, a portion of the money raised from Lyrics for Life goes toward the annual three-day Camp Hazelnut, which is held about 30 miles outside of Gainesville. Scott Burton, the director of Camp Crystal Lake since 2013, reached out to the band to collaborate and create the retreat for children with cancer and their families, according to the Camp Hazelnut website.

During the retreat, Sister Hazel plays music and leads activities such as archery or water sports for families, siblings and children in and out of treatment for cancer.

“When you get done doing something like that with those kids and seeing their faces and watching the impact, nothing is more rewarding,” said Andrew Copeland, guitarist and vocalist.

About 175 campers attended the 4th Annual Camp Hazelnut, which was held in October.

“You get done and you raise that kind of money for things that actually matter,” Copeland said. “It’s some of the most rewarding things we do, by far.”

When the band isn’t touring or raising money for cancer research, the guys are looking for more ways to bring the Gainesville community together, and some ways are easier than others.

“I get frustrated that we tour the country and in different cities they put together these outdoor festivals where they block off the streets, bring in food vendors and all these things,” Copeland said, “and Gainesville doesn’t seem to embrace it as much.”

With places like Bo Diddley Plaza and Depot Park, there are a few locations Gainesville residents can get together for larger performances, but not to the extent Copeland would like to see for the community.

“I wish it was easier to do something like that here in Gainesville because it seems like it’s something that brings the community together a lot,” Copeland said.

For the guys in Sister Hazel, Gainesville is more than a place they were born or started a successful band. Gainesville is a place that calls out to their hearts and encourages them to create projects like Lyrics for Life and Camp Hazelnut that give back to its community.

“This town has shaped who we are as people, as songwriters, as performers and, literally, we feel like ambassadors for Gainesville,” Block said.