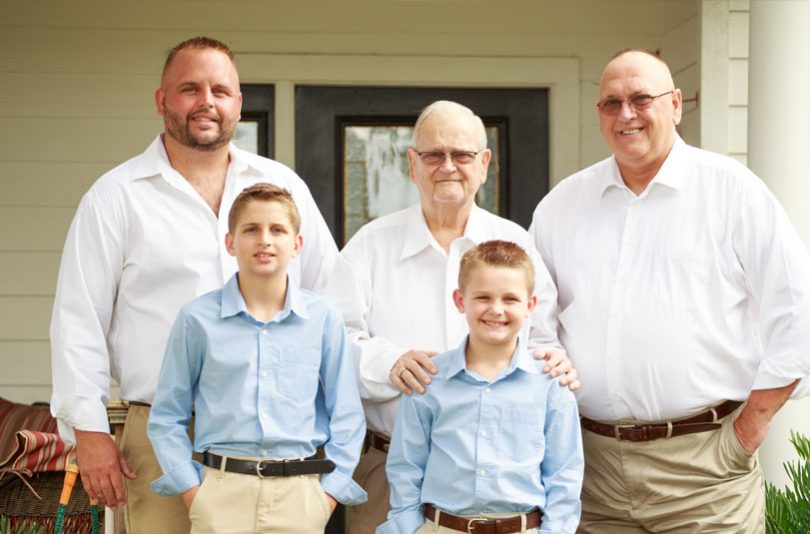 In the Gainesville community, the Sherouse name goes a long way. As you drive through Gainesville, you’ll be sure to spot the Sherouse’s workmanship one way or another. For 82 years, four generations of Sherouse men have worked to build a bigger and thriving Gainesville community. They’re a familiar name in construction, and for good reason. The Sherouse family truly takes pride in the work they do, and their dedication to a job well-done drives their business.

“There’s always a Sherouse on the job to maintain quality. We strive on customer service. It doesn’t mean we don’t make mistakes, but we’ll go the extra mile to make it up,” said third-generation owner, Leonard Sherouse Jr. 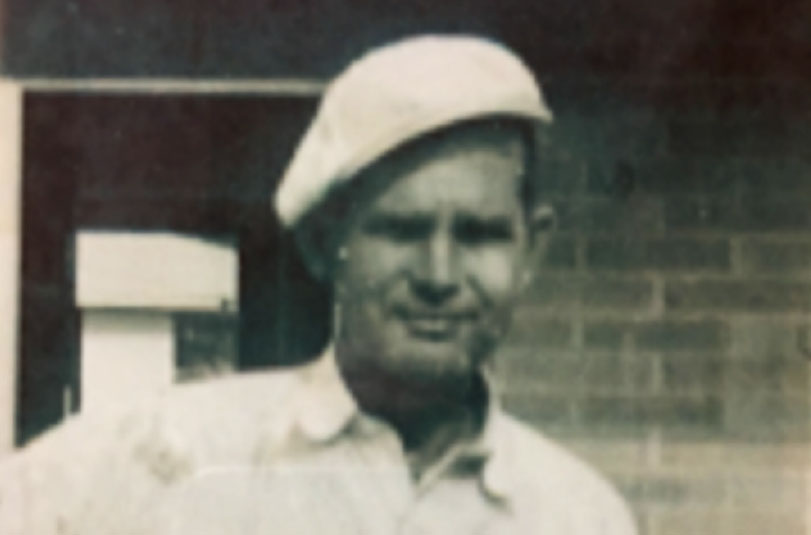 Sherouse Plastering and Stucco is a family-owned and operated company that was founded in 1935 by Guy Wesley Sherouse Sr., Leonard Sherouse’s grandfather. As the years went by, the torch was handed down the line to G.W. Sherouse Jr. and  Leonard Sherouse Sr. When his father retired, the company passed down to current owner Leonard Sherouse. Heith Sherouse, Leonard Jr.’s son, prepares to take over as fourth generation owner by acting as vice president and chief superintendent of the plastering team.

“We know we’ve got each other’s back; we’ll uphold the best interest of the family,” Heith Sherouse said. “Everybody has got their certain way of doing it. Every generation has made its mark.” 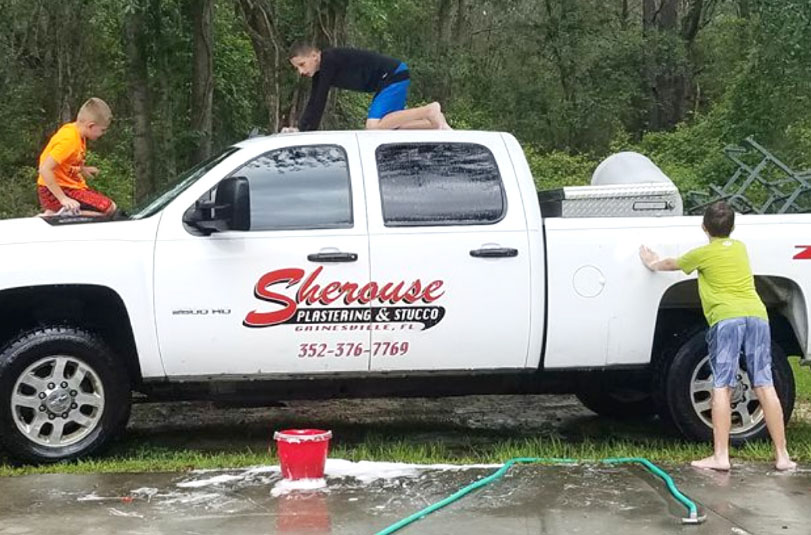 Next generation continuing the family tradition.

Based in Gainesville, the company serves North Central Florida with a specialization in plaster and drywall finish, traditional and synthetic stucco, light demolition and metal framing. Synthetic stucco is popular, but fairly difficult, time consuming and expensive. Not many companies favor synthetics; however, it’s the Sherouses’ specialty. This comes in part of their passion and diligence to get the details just right.

The Sherouses are known not by name alone. Respect is earned, and their work in the community speaks for itself. Whether it’s a patch job or a three-story apartment, they will take the necessary lengths to ensure quality with every project and respect with every person no matter how long it takes. Every job site is overseen by at least one of the family members, so it can get the Sherouse stamp of approval. Such commitment to quality has made them a reliable, trustworthy business. Truly a class-A act, the Sherouses work tirelessly until they can see a smile on their customers’ faces. 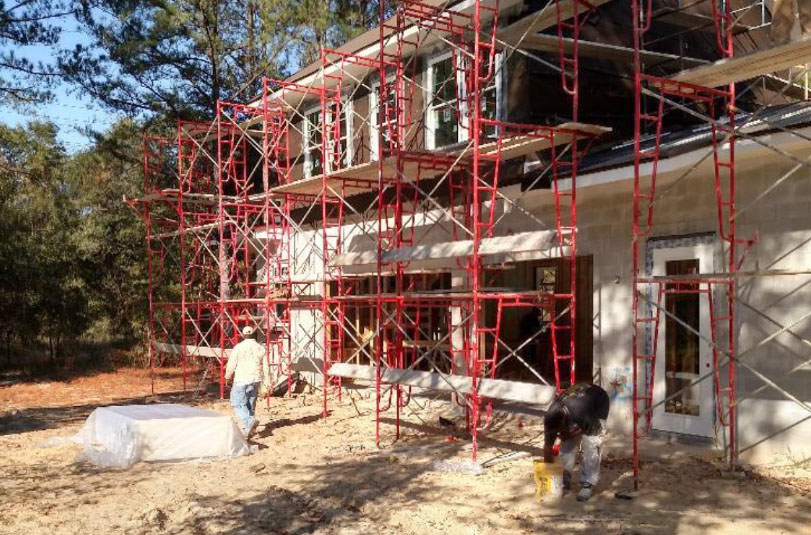 Crew from Sherouse Plastering and Stucco working on a customer’s home.

“We strive to the 10th degree of carrying out what we say we’re going to do,” Leonard Sherouse Jr. said. “We try to be people of our word by the quality of our work.”

Reliability is valuable in a world of instant gratification, and that trait stems from their strong sense of family values. Their teamwork is galvanized by their diligence to uphold the family name and take value in their work.

“We didn’t have to go look for work; work came to us,” Heith Sherouse said. “A handshake was more of a contract than anything.”

And they have continued to build upon the hard labor of generations past. As Leonard and his father would drive through town, his father, G.W. Sherouse Jr. would point out every residential building or commercial structure he’s built.

“I thought, ‘I can’t go through town without seeing one of my dad’s jobs,’” Leonard Sherouse Jr. said. “We’re proud of what we do.”

Four generations and counting, Leonard Sherouse Jr. is training Heith accept ownership in the family trade. Today Heith Sherouse has also been exposing his two sons to the trade by bringing them to work and also showing off their family’s handicraft during car rides.

“My 7-year-old would say, ‘Daddy, did you build that one (building),’” Heith Sherouse said.  “It was a building that was built before I was born, but he’s curious about it. It’s something that his daddy did.”

Sherouse Plastering and Stucco, while still a humble size, has since grown since 1935. With more employees, they’re able to expand and do numerous more jobs and with more efficiency.

As Gainesville grows and changes, the Sherouses understand the importance of bringing high-quality, professional work with a time-honored approach to a community built on family businesses. Even as the faces change, one can always count on a Sherouse to have integrity and honesty in the work that they do one plaster job at a time.