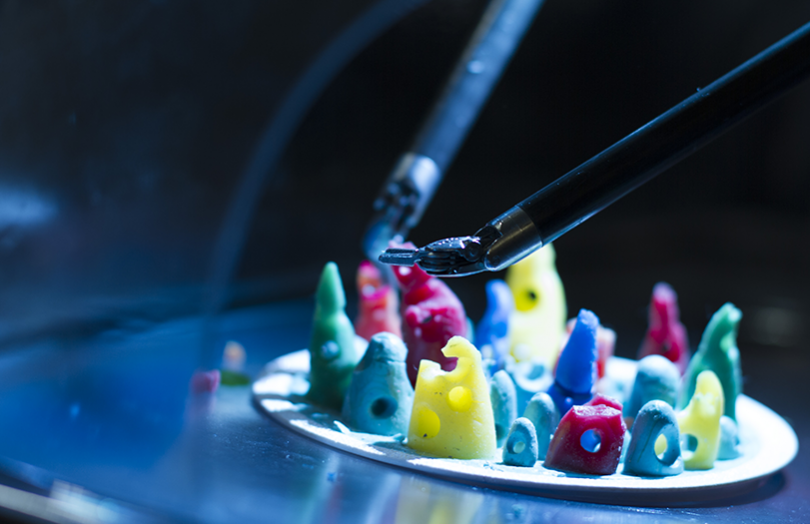 Technology is an endless cycle of advancement, allowing us to grow as a society and improve in ways we never thought possible. When it comes to the medical field, improvements in technology mean improvements to our collective health. Robotic surgery, arguably the next frontier in surgery technology, is no different — the development of this technology has greatly enhanced the surgical process for doctors and the healing process for patients.
At North Florida Regional Medical Center, many of the doctors have adopted robotic surgery in their respective fields. The da Vinci® Surgical Systems, known for their minimally invasive approach, have drastically changed the standard of care at NFRMC.  The systems are also changing the standard of care at other hospitals able to utilize its advanced technology.
The newest and most advanced da Vinci® model, named the ‘Xi,’ has recently been added to NFRMC’s high-volume robotic surgery program. The machine has four arms to provide an extended range of motion, three of which are completely controlled by the surgeon. The surgeon sits nearby at a separate console to operate the machine, each of his or her remote movements are precisely replicated on the patient. The equipment features wristed instruments, which increase the doctors’ technical abilities during surgery. The machines provide a three-dimensional magnified view that provides doctors with a better field of vision when performing operations. This new technology also allows doctors to make much smaller incisions, typically eight millimeters or less in size.
“The new method no longer requires a large abdominal incision,” said Dr. Daylene Ripley, a gynecologic oncologist at NFRMC. “Secondary to that, patients have a much shorter hospital stay — if any hospital stay at all.”

Ripley, who has used the da Vinci® machines for about eight years, finds the technology especially useful in cases of endometrial cancer. This type of cancer sometimes requires patients to undergo a hysterectomy. Prior to the use of robotic technology, patients would routinely spend around five days in the hospital to recover after the procedure. Now, with robotic surgery, patients either go home the same day or, if needed, the following day. In some cases, patients may require additional care after the operation, such as radiation or chemotherapy. This shorter recovery time is advantageous because it allows a patient to heal and proceed with the course of treatment in a timely manner.

“In the past, wound-healing could delay the patient’s recovery and increase the risk of complications,” Ripley said. “Patients can now move on to the next step in their treatment with fewer delays.”

In the field of gynecology, the use of robotic surgery has only recently become a standard of practice. Gynecologists watched as urologists found great success with the method and later adopted it for themselves. Urologists have been able to use the technology to aid in the treatment of prostate, kidney and bladder cancers as well as urinary blockage in surgeries including: prostatectomy, nephrectomy, cystectomy and pyeloplasty. For gynecologists, the approach has proven especially successful when performing hysterectomies for patients with endometrial cancer.

“The use of robotic surgery partly depends on what your specialty is,” Ripley said. “The majority of gynecologists are utilizing robotics because it’s very useful for the type of surgery we do. Now, it is becoming more widely used in different subspecialties.”

“Because NFRMC is a referral center for other nearby hospitals, we need to be using the most current and best practices for general surgery,” Rose explained, citing the da Vinci® machines as an example. “If there is an advancement in technology that’s going to help patients, we should be exploring that option and staying on top of it.”

Rose has worked in robotic surgery for roughly four years. Before becoming a robotic surgeon, he served in the military for several years, which required him to perform mostly open surgery. Here in Gainesville, Rose was able to perform surgeries with the laparoscopic, or minimally invasive, approach, which prompted his fascination with robotics. 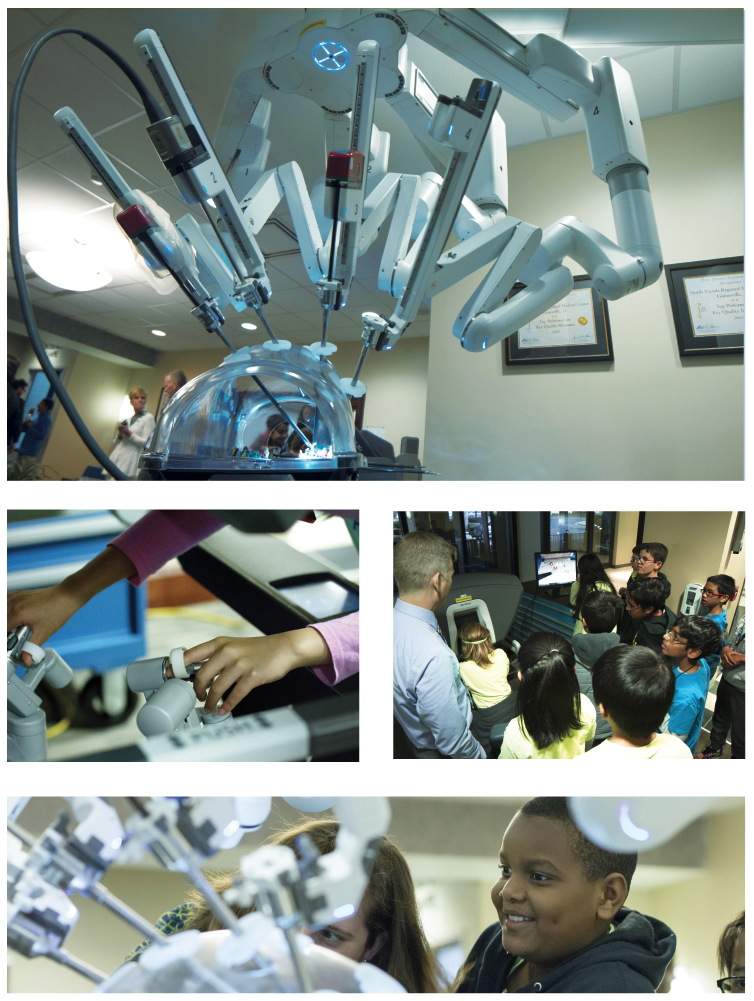 “General surgeons piggybacked on the success of the urologists and gynecologists because they proved how cost-effective robotic surgery can be,” Rose said.

It can be difficult for a surgeon to justify the expense of the da Vinci® machines to a hospital board, but Rose believes the fight is worth it. Surgery with this method means decreased trauma to patients’ muscles, which allows patients to get out of bed quicker, enables their bodily functions to return sooner and essentially helps them get out of the hospital faster. Hospitals are constantly faced with such economic conflicts, but this is how the expense of robotics is typically defended.

Currently, NFRMC has three robots and 23 surgeons who are trained to use them. Approximately 4,000 procedures have been performed with these incredible machines in the last eight years. While robotic surgery is not meant for every field, it is becoming more commonplace at NFRMC, and the process continues to improve with each advancement in da Vinci® technology.

In regards to the da Vinci® Xi, both Rose and Ripley agree the machine’s abilities have greatly improved in technology as a whole and will continue to benefit surgeons and patients.

“[The Xi is] light-years ahead of the last model,” Ripley concluded. “I anticipate that robotics will continue to grow and become even more phenomenal in medicine.”