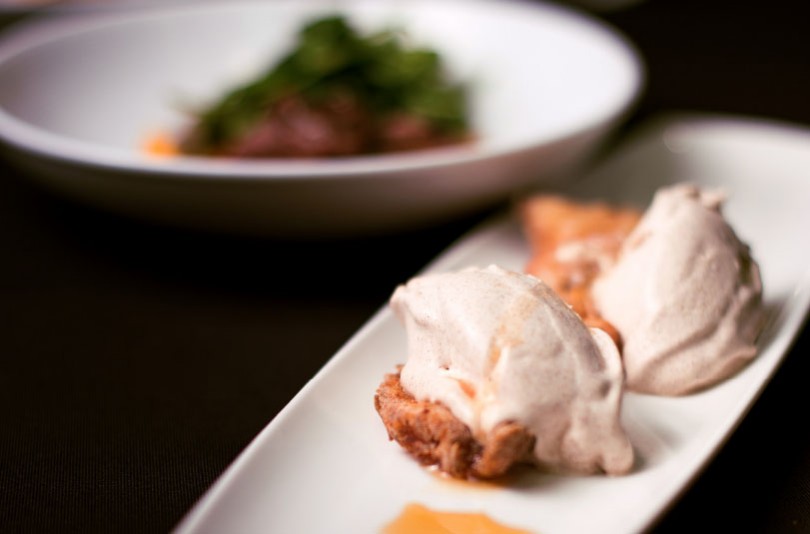 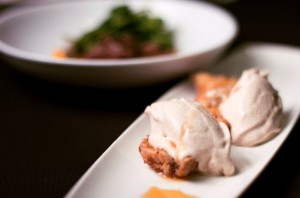 Blend all ingredients and put in ice cream maker. 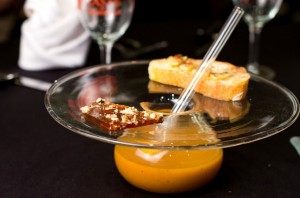 Place olive oil in large pot over medium-high heat. Add onion, carrot, celery, garlic, thyme and cinnamon; sauté until it begins to brown, about five minutes. Add squash, 4¼ cups broth and apple. Bring to boil; reduce heat and simmer uncovered until squash and apple are tender, about 30 minutes. Puree soup in blender until smooth. Return soup to pot. Season to taste with salt and pepper. Bring soup to simmer, thinning with more broth if desired. 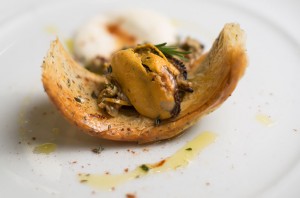 * These portions can be altered to suit your personal preference

*Cinnamon is optional. For the competition, I used ½ tsp. cinnamon extract.

Place garlic cloves, anchovy fillets, lemon, orange juice, mint and parsley in food processor. Pulse a few times to mince. Scrape sides. Add in all other ingredients. Pulse about 10 times so the result will be a more chunky mixture.

After everything is made, assembly will be a breeze. First, place a spoonful of whip on the plate and run your spoon through it. Next, place your boat on an angle on the end of the whip so it stays secure. Then, place a few spoonfuls of tapenade on the boat, spilling over onto the whip. Gently lay mussel’s on top of tapenade on the boat. Finish will drizzles of infused olive oil and a spoonful of mussel broth and fresh herbs.