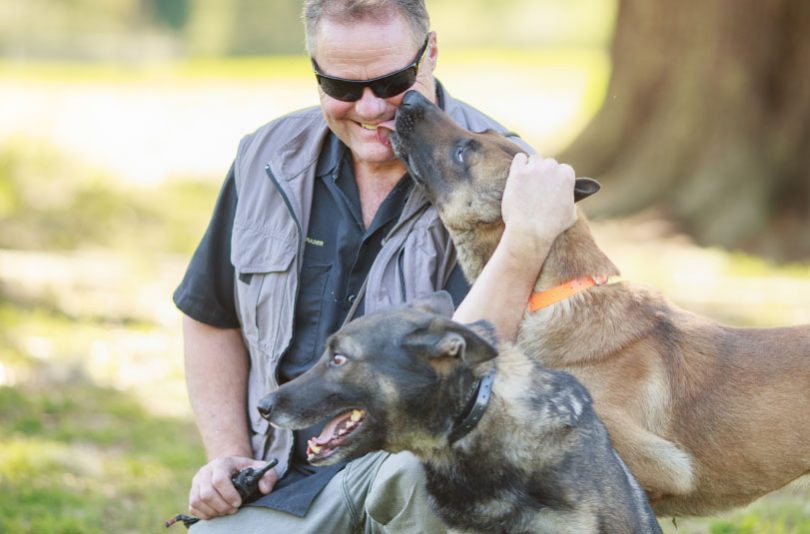 Your family’s new furry friend has taken up residence in your home and acts as though he owns it. But are you going to tell him otherwise? After all, who can say “no” to those puppy dog eyes?

As cute as they may be, not correcting these bad habits at an early age can lead to serious behavioral problems down the road. Training a puppy at a young age is imperative for a well-behaved adult dog, especially one that may serve as a service animal in the future.

The best time to begin training a puppy is around six to eight weeks old, as that is when many core behaviors and mentalities develop, said Jeff Minder, owner and founder of Top Tier K9. He said it is important to train a puppy every day in order to retain the knowledge.

These training sessions should be brief, according to Debra Horwitz, DVM and Gary Landsberg, DVM, in an article “Puppy Behavior and Training – Training Basics”

for Veterinary Centers of America. Since puppies have very short attention spans,

an effective training session could last as little as five minutes.

Minder recommends people should only train when in the right mindset, as working with a bad attitude will likely hinder progress, and can even undo some of the training. One of the most important aspects of training is knowing your dog, Minder said. By knowing their personality, the owner/trainer will be able to manage their motivation for the most effective training session.

The American Kennel Club lists their five basic commands as “come,” “heel,” “sit,” “stay” and “down.” In addition to these, Minder also trains his dogs to “climb” onto the nearest elevated surface for safety, “bring it,” “find” (odor detection), “track” and “bite” (for protection).

In the beginning stages of training, use food as a reward for a desired behavior. Once the dog has learned the command, start applying corrections. This can be a simple “no” or a slight tug on the leash. This is known as the balance approach, Minder said.

One of the most common training mistakes is improper timing, Minder said. Dogs should be rewarded immediately after they perform the desired action, so they associate that action with the reward.

Once a puppy is trained in basic obedience, training to be a service animal is simple, Minder said. A dog’s attention to their owner, human interaction and compliancy to work are tell-tale signs on whether a dog will make a good service dog.

Once a person knows how to properly train a dog, they will be able effectively train their service dog. Minder recommends training your own dog if you are able to, rather than adopting a previously trained service dog.

“Dogs imprint on the person who they work most closely with,” Minder said. “There is an incredibly strong bond between a trainer and the dog.”

The core commands are the same for service dogs, so a special trainer is not required, Minder said. The key is to focus on the service(s) that you want the dog to provide.

Like with training a puppy in basic obedience, reward the dog immediately after it successfully performs the desired behavior. Based on the dog’s motivation, this can be praise, physical affection or food.

While service dogs are beneficial to those who need them, some people have fraudulent service animals.

Many websites today offer “registration” for a service dog for a small fee. The owner is sent a vest and official documents stating that the dog is registered. This does not require the dog to be trained to any extent, which can be problematic in social situations.

“A service dog is the most misunderstood term in the dog world,” Minder said.

A person does not qualify for a service dog if they do not have a disability, according to an article by Anything Pawsible. Service dogs undergo hundreds of hours of training in order to help their owners who struggle in their daily lives. Bringing a non-service animal into an establishment can unintentionally cause harm to those around it, so it is crucial not to fake a service dog status.

-A dog’s sense of smell is 40 times stronger than a human’s. They have up to 300 million olfactory nerves! (pbs.org)

-Human blood pressure goes down when petting a dog. (akc.org)

-The Border Collie is the smartest breed of dog, and the easiest to train. (akc.org)

-The top five favorite breeds of dogs in the US are: Labrador Retriever, Golden Retriever, German Shepherd, Beagle and Dachshund. (mspca.org)

-Any breed of dog can be a service dog based on the service it will provide. (serviceanimalassociation.org)