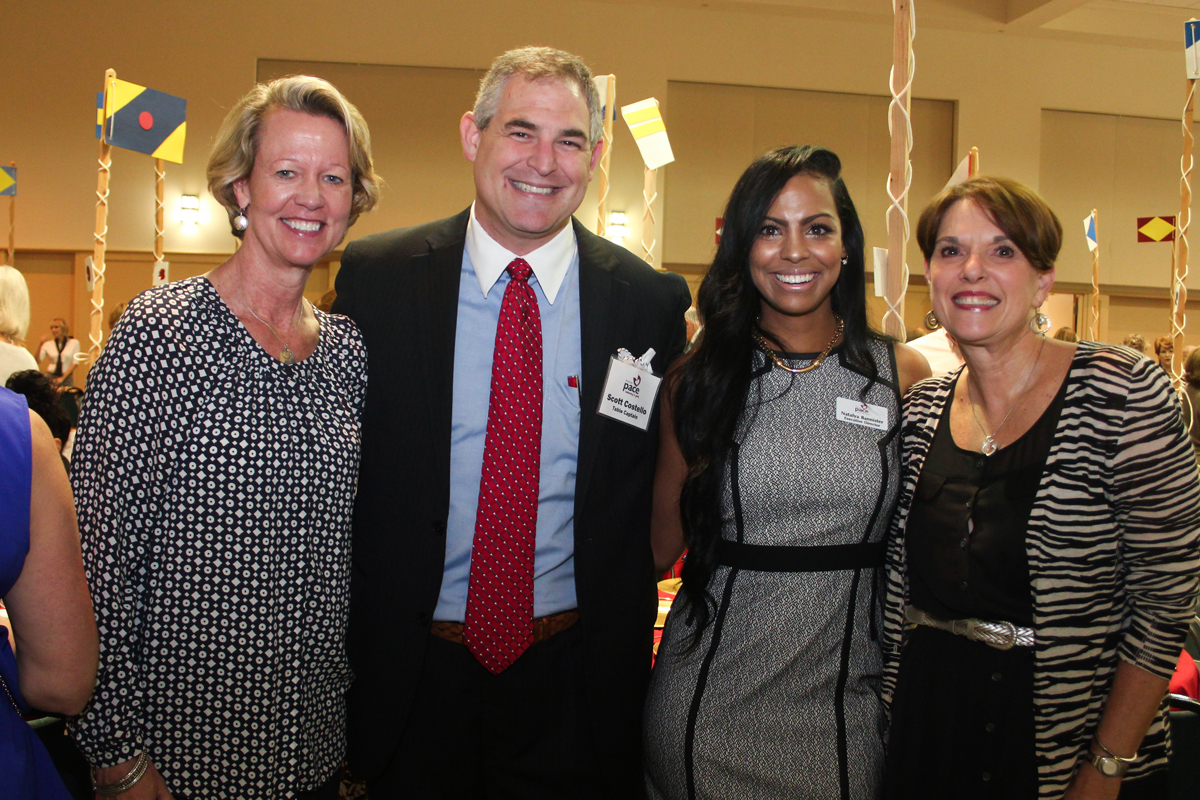 Some people have jobs, and some have callings. Natalya Bannister knows the difference.

Since she was a child, Bannister thought she’d become a lawyer.

“I was always told I’d be a great lawyer, and when you grow up thinking you’re going to be something, you just do it,” she recalled.

Life, as it so often does, had other plans. In 2008, Bannister had almost completed her undergraduate degree in family, youth and community sciences at UF. She was studying for the LSAT and preparing for law school, but in order to graduate, she had to do an internship in her major, which she did at the Boys and Girls Club.

“It completely changed the trajectory of my career,” Bannister said. “I actually threw away my law books. It was like a spiritual experience and a big leap of faith.”

By 2014, Bannister had worked her way up the ranks from program director at Boys and Girls Club to director of operations for the county to vice president. At the same time, Kathie Southwick was going through a major transition of her own. She’d spent 16 years as founding executive director at PACE Center for Girls Alachua and was preparing to pass the torch, but an exhaustive search had failed to find a compatible candidate.

Then, Bannister applied. The two women, separated in age by 30-odd years, had never met, but when Bannister got the job in October 2014, they became as close as mother and daughter.

“Our first lunch before I started was about three hours,” Bannister said. “I don’t think a lot of executive directors get that experience. The new director and old director usually separate themselves, but Kathie and I have had a really collaborative relationship. I got to learn so much about the history, which lets me honor it in my leadership while bringing my ideas to the table.”

The history of PACE in Alachua hinges on Southwick’s uncommon determination.

“We started in an old skating rink near (the) Sidney Lanier school,” Southwick said. “We had one room with partitions for classrooms, 30 girls and nobody knew what they were doing. There are 19 centers in Florida now, but the year that we opened, there were only about four, and they didn’t have much infrastructure in the state office. A lot of it was on our own, just kind of figuring it out. I was hired November 1, and I had to find 30 girls and have a school by January 1, in a skating rink.”

That was no easy task. PACE was created to serve at-risk girls from sixth to twelfth grade, roughly ages 12 to 17. Southwick’s job was to provide a different experience of school than they’d ever had — one in which school operated more like a family. Today, PACE retains that family-like atmosphere with small classrooms of roughly a dozen students each, three full-time counselors and five teachers, but everyone involved still faces an uphill battle.

“We’re trying to figure out what is going on in their life, why they’re not meeting with success, why they’re going down the black hole,” Southwick said. “These girls have had some really traumatic things happen to them, for the most part, that would throw anybody off. It would throw a 50-year-old off. We love them where they’re at and believe in them until they can believe in themselves.”

Under Southwick’s direction, PACE moved from the skating rink to its current location in southeast Gainesville and built seven classrooms in a separate building on the property. After witnessing such growth over 16 years, she had a hard time giving it up.

But, when she met Bannister, she instantly felt comfortable with the transition.

“I could not think of a better person to give it to,” she said. “The first time we met, we had the same values, the same passion and the same heart. That’s what it takes. You can learn a lot of things, but you have to have that heart. You have to love these teenage girls. At one of our meetings, she was sitting across the table and said, ‘I feel like I’m looking at myself in the future.’ That’s how on board we are with what should happen here and how it should be run and how the girls should be treated and how the staff should be treated. I couldn’t think of a better person to hand my baby to.”

For Bannister’s part, she feels honored and lucky to take control of the organization.

“I always say that Kathie Southwick is my hero,” she said. “She did it with such grace and built such a firm foundation that I get to come into and build upon.”

Bannister and Southwick both admit how challenging the job is, but they also share a burning passion to serve the girls of PACE.

“You’re changing the planet,” Southwick said. “It’s life changing. And the neat thing is the girls come back and tell you.”

Bannister added, “That’s what a lot of girls say when they come back. This was the one constant in their life. Where so many things kept changing, PACE was that one constant.

“That’s why they always come back, because we’re always here for them.”