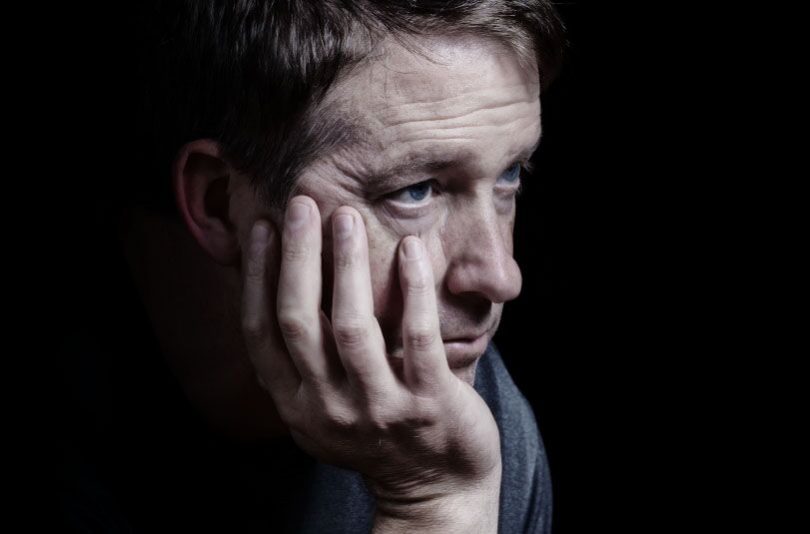 When we think of the word “health” most of us think of physical health rather than mental health. Many people find it easier to comprehend a disease process if it manifests in something we can see with our eyes, rather than a disease of our psychological and emotional well-being.

Depression and anxiety are two very common mental health disorders. An estimated 18 percent of adults suffer anxiety disorders and 7 percent suffer from major depression annually. The American Psychiatric Association defines depression as a “serious medical illness that negatively affects how you feel, the way you think, and how you act.” Anxiety is also very prevalent among people of all ages. The American Psychiatric Association has described anxiety disorders as being “different from normal feelings of nervousness or anxiousness, and involve excessive fear or anxiety.”

These disorders are not the same as feeling sad or nervous. Specific criteria have been developed for diagnosing depression and anxiety. The Diagnostic and Statistical Manual of Mental Disorders by the American Psychiatric Association defines major depressive disorder as follows:

A.) Five (or more) of the following symptoms have been present during the same two-week period and represent change from previous functioning; at least one of the symptoms is either (1) depressed mood or (2) loss of interest or pleasure.

1. Depressed mood most of the day, nearly every day, as indicated by either subjective report (e.g., feels sad, empty, hopeless) or observation made by others (e.g., appears tearful). (Note: In children and adolescents, can be irritable mood.)

2. Markedly diminished interest or pleasure in all, or almost all, activities most of the day, nearly every day (as indicated by either subjective account or observation).

3. Significant weight loss when not dieting or weight gain (e.g., a change of more than 5 percent of body weight in a month), or decrease or increase in appetite nearly every day. (Note: In children, consider failure to make expected weight gain).

4. Insomnia or hypersomnia nearly every day.

5. Psychomotor agitation or retardation nearly every day (observable by others, not merely subjective feelings of restlessness or being slowed down).

6. Fatigue or loss of energy nearly every day.

7. Feelings of worthlessness or excessive or inappropriate guilt (which may be delusional) nearly every day (not merely self-reproach or guilt about being sick).

8. Diminished ability to think or concentrate, or indecisiveness, nearly every day (either by subjective account or as observed by others).

9. Recurrent thoughts of death (not just fear of dying), recurrent suicidal ideation without a specific plan, or a suicide attempt or a specific plan for committing suicide.

B.) The symptoms cause clinically significant distress or impairment in social, occupational, or other important areas of functioning.

C.) The episode is not attributable to the physiological effects of a substance or to another medical condition.

Fortunately, depression and anxiety are considered to be some of the more easily treatable mental disorders. Often, the treatments will include psychotherapy and/or medications. Cognitive behavioral therapy is a type of psychotherapy that has been proven to be effective in treating mild depression. Cognitive behavioral therapy uses goal-oriented problem solving to focus on changing a person’s behavior. Changing the behavior that causes a person’s difficulty will in turn change the way they feel. Various anti-depressant medications are used for both disorders, though the greatest effects of anti-depressants may not be seen until a few months following initiation of the medication.

Another common and stigmatized mental disorder is Post Traumatic Stress Disorder (PTSD). Symptoms of PTSD can often resemble depression, but symptoms most commonly present with re-experiencing the trauma through flashbacks or nightmares. Many people who experience PTSD will commonly avoid objects, places or events that remind them of the traumatic event. Many people associate PTSD with the stress of active-duty military service, however, it can be triggered by any trauma, such as sexual assault or a motor vehicle accident. There are 3 million cases of PTSD reported in the United States each year and about 7 or 8 out of every 100 people have PTSD at some point in their lives according to the U.S. Department of Veterans Affairs. According to the PTSD Journal, women are more likely to develop PTSD than men. Sexual trauma may be more likely to cause PTSD than any other kind of trauma. As with depression and anxiety, PTSD can be effectively treated with a variety of drug and non-drug treatments. Victims of PTSD may be ashamed of the condition or unaware that treatment can improve their quality of life, so being able to recognize the signs and symptoms is important.

The key message is that many people who suffer from mental health disorders do not realize that treatments can be effective. Furthermore, sufferers must overcome social stigmas about having a mental illness. This is particularly dangerous for depression, which is strongly linked to suicide. If you or a loved one are suffering from a mental health disorder, there are resources available in the Gainesville community. Several resources are listed below, but if you are experiencing an emergency, the National Suicide Prevention Lifeline is available 24 hours a day, 7 days a week and can be reached by calling 1-800-273-8255.

Resources for mental health in Gainesville: