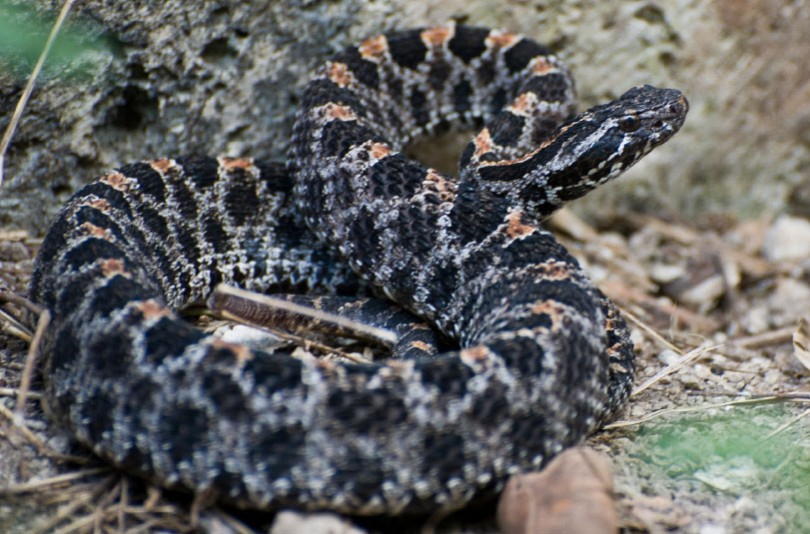 For many members of our community, Alachua County is best known as an abundant source of natural beauty and wildlife. Whether floating down Ginnie Springs or hiking La Chua Trail, a keen observer will likely spot alligators, bison and even wild horses. It may come as a surprise to some that Alachua has some unexpected native animal populations.

These playful water-pups are found across most of the United States and Canada. Although they are easy to spot in the winter during the day, otters are generally nocturnal creatures. Otters have dark bodies with light patches on their throats and chins. They use their webbed feet and tails to propel through water. Otters are known to build dens on shore that serve a dual purpose of protection from predators and weather and also function as a place to cool down or stay warm.

Fun Fact: River otters can stay underwater for up to 8 minutes and can close their ears and nostrils to keep water out.

As the American symbol of strength and freedom, it’s very fitting that bald eagles can range in most types of environments across the United States, as well as Canada and Mexico. They typically reside near large bodies of water. Bald eagles tend to grow in size to match their environments as they move north and away from Florida, representing the diversity of the United States. They can range in areas that are heavily forested, swamplands and even deserts. Although known for a white-feathered head, juveniles are completely brown until they are three or four years old. No longer endangered but still protected, bald eagle nests can easily be spotted on pine trees, sometimes weighing as much as a small car.

These snakes may fool some into thinking they’re babies, because a fully grown pygmy rattle will measure only one foot in length. Although more commonly found in North Florida, these snakes can be found all across the state except for the Keys. They reside in prairies, lowland pine areas, marshes, lakes and cypress swamps. Dusky pygmies are grey with black blotches on their back across a reddish stripe.

Sometimes confused with the American grey squirrel, the fox squirrel is a protected mammal in Alachua County. They are widespread in pine areas, but due to their slow-moving nature and passivity, they are easy targets for roadkill. The fox squirrel has more color variation than any other mammal in Florida. They are diurnal creatures, but in the summer heat (which sometimes feels year-round here in Florida), they can be spotted only in early morning or late evenings. They’re quite large for squirrels, with muscular hind legs that allow them to run with a fox-like style.

Fun Fact: The fox squirrel has more color variation than any other mammal in Florida.

Don’t worry if you’ve never heard of these, because they’ll be all over the news and social media in the months to come due to their federal protection. The largest non-venomous snake, Eastern Indigo Snakes are located only in the southeastern United States. If your first instinct is to kill one of the six-foot reptiles upon sight, count to 10 and move away because these rattlesnake-killers are beneficial to the environment. Their black scales retain heat better than other snakeskin can, so they can be seen moving around in winter months when other snakes have stopped.

Fun Fact: Eastern indigo snakes are sometimes called the “gopher snake” because they’ve been known to make their homes in burrows built by other animals.

These little ecological engineers serve their environment by moving around soil and nutrients, providing homes for upward of 60 species through their subway systems. These gophers can be found in sandy regions. They’re known to be quite resourceful as they block entrances to their tunnels to protect from unwanted visitors. Unfortunately, it’s hard to document these underground creatures.

Fun Fact: Pocket gopher teeth are located outside of their lips to prevent dirt from entering their mouths when chewing for tunnel building.