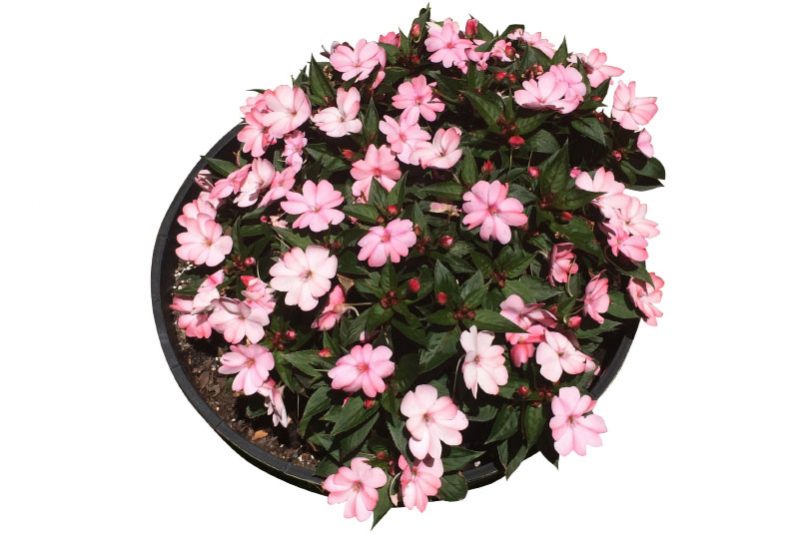 Last year, my wife and I got back into gardening. The weather was particularly nice in the spring when the Florida temperature was mild – at least for a few weeks. I do believe that we bought, propagated and planted more flowers last year than we have in the past 15 years combined.

Yes, it was a lot of work, but gardening brought unexpected benefits. In addition to creating an explosion of color to our landscape, it relaxed me – except when the dogs dug up the beds. That did not relax me. So I had to do more gardening. I guess I should thank them.

I find a sense of peace while tending to the flower beds, despite having to deal with drought and deluge and dogs and dang insect invasions.

In fact, according to an article posted on the Michigan State University Extension website, “Gardening in particular is associated with mental clarity and feelings of reward, and it has many physical benefits as well. Food gardening can particularly be gratifying and an excellent source of fresh produce.”

So we planted some food as well. We had broccoli, cabbage and a lot of tasty salads last year, and now we have a freezer full of tomatoes. 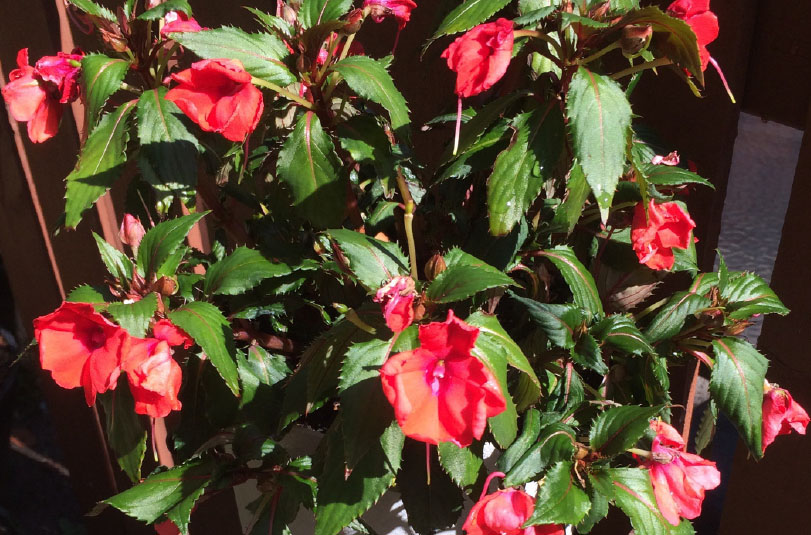 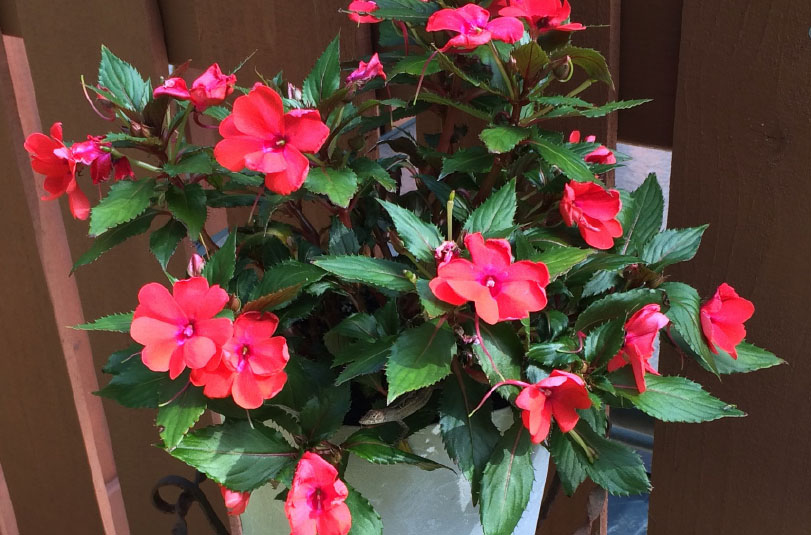 The blistering summer sun can put a hurting on your impatiens (top). But five minutes after watering (middle photo) mine perked back up and within a couple of hours you’d never know they had been at death’s door.

I’m no expert, and certainly no farmer, but I have learned some easy ways to propagate a preponderance of plants without breaking the bank.

I’ve had great success with impatiens. These flowers come in a variety of colors – and if you shop carefully you don’t have to spend a lot of money. We found nearly all of our plants on the discount aisle at the local garden shop. Of course, they were half-dead. But with some TLC, they bounced back.

First we transplanted the wilting impatiens into larger pots and kept them watered and out of the hot sun. I’ve found these flowers to be as thirsty as they are colorful.

I transplanted them into larger pots with nutrient-rich soil as soon as I could and kept them out of the sun until they no longer drooped. Impatiens can wilt so severely that you’d swear they were dead. But don’t give up. Water them. They’ll come back to life in a matter of minutes – literally, like 10 minutes.

Some we put in large whiskey barrel-style pots, others we planted in the garden. Once they were established and flowering, I began taking cuttings. From four impatiens I easily propagated several dozen new plants by simply cutting off about 2-3 inches of a flower stem, stripping the lower leaves and sticking it into moist soil in a small container.

I then placed the container in a shallow bowl filled with water. At first they wilted and looked doomed. But within a few days they bounced back and began to grow. The secret? Indirect sunlight and steady moisture. Also keep an eye out for wigglers in the water container – you don’t want a mosquito farm. Chances are, the water will wick up into the soil before mosquitos can lay their eggs.

Before long I had upwards of 50 flowering plants, some of which I gave away and the rest I used to fill our garden beds. 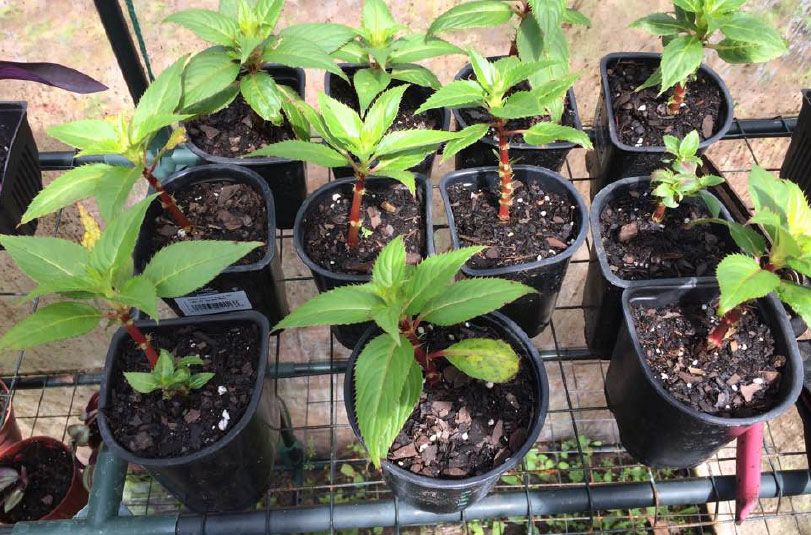 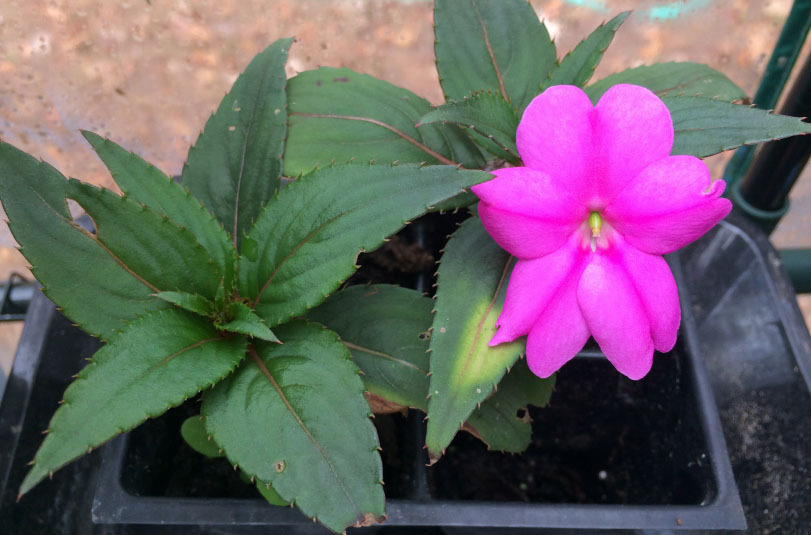 It wasn’t long before these impatiens, started from cuttings, began to bloom.

There are all kinds of plants that can be started from cuttings. I’m learning by trial and error which ones are easiest to start. Among the hardiest so far is Tradescantia zebrina, also known as a wandering jew, spiderwort, or inch plant.

I found ours at the garden store – a couple of broken stems with tattered leaves lying on the floor. I asked the cashier if I could take them. He obliged.

I cut the stems into three small pieces, stuck them in pots with moist soil, and they took off like gangbusters. From those tiny fragments I now have many hanging pots overflowing with the vibrant reddish-purple leaves with broad silvery-gray bands.

Periodically, I will cut off a piece and stick it back in the pot. I’ve yet to have any die. If you use hanging pots with the holes in the sides, all you need to do is stick a stem through the hole and it will grow. I even have some growing out of the bottom.

There are undoubtedly an abundance of other plants that can easily be propagated and I plan to experiment with many more – without breaking the bank. You should try your hand at it, too, and see how green your thumb can be. 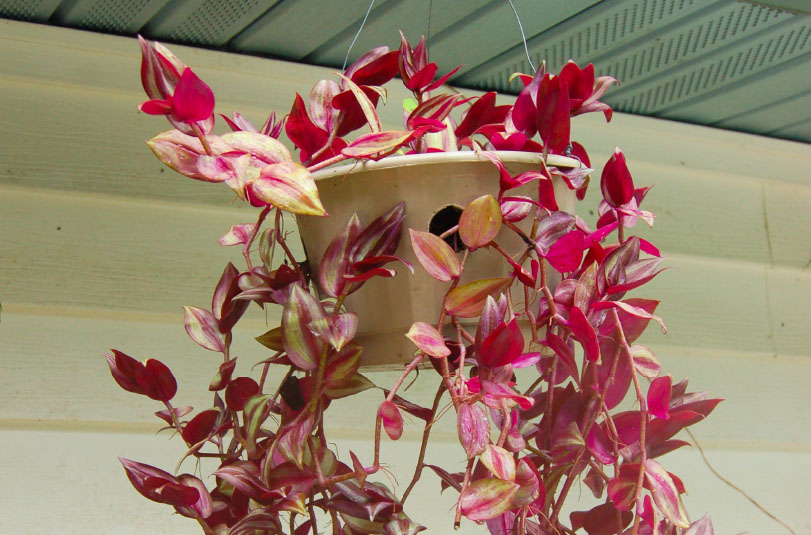 Just one of many pots overflowing with the colorful Tradescantia zebrine – all propagated by a broken stem found on the floor of a garden shop.