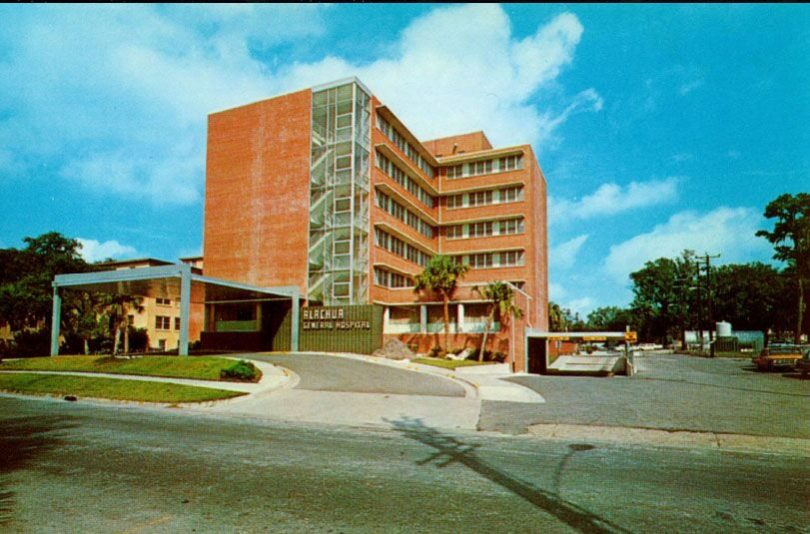 Written by By Albert Isaac

Many of you may not know this, but a long time ago in a galaxy far, far away, I had a very different career than I do today – I worked for the Medical Examiner’s Office.

Yes. I saw dead people. Literally thousands over the course of my career.

In those days, the ME Office was operated by Gainesville’s first community hospital – Alachua General Hospital (AGH). Little did I know when I stepped through the doors of AGH to interview for an admitting job – in the Emergency Department of all places – that I would spend the next 25 years of my life working there.

At the time, I was a college kid needing a job to put myself through school. After five years working in the ER Support Unit, and not long after I graduated from UF, I transferred across the street to the Office of the Medical Examiner to work in the gruesome and fascinating field of forensics.

The Medical Examiner’s Office (ME Office) was never more than a block or two away from the hospital, which was good because I would have to regularly visit various departments, such as pathology, medical records and the business office – and, of course, the cafeteria.

Ah, the hospital cafeteria, a welcome reprieve from the world of death in the morgue. I had many great times with co-workers over coffee and lunch and even the occasional dinner. We would laugh and laugh. Although I didn’t realize it in those early years, AGH was truly a special place to work, a friendly place where nearly everyone greeted me with a smile.

For most of my time at AGH, my official department was pathology. I’d be hard-pressed to find a finer group of people. I had countless lunches with my lab friends, celebrated birthdays and enjoyed many Christmas parties. The people of AGH felt like family to me and, even when I messed up, deep down I knew they ‘had my back.’ And when I left my job my friends threw a wonderful going-away party followed by a happy hour to beat all happy hours.

After my departure, it was the people I missed the most. So, when I learned that some hard-working fellow-AGH alumni were putting together a ginormous reunion party, how could I miss it?

The organizers held this special gathering in the cavernous Stephen C. O’Connell Center – and it’s a good thing too, since more than 1,000 people showed up. There were doctors, nurses, radiology techs, lab techs, clerks, engineers … the list goes on and on. 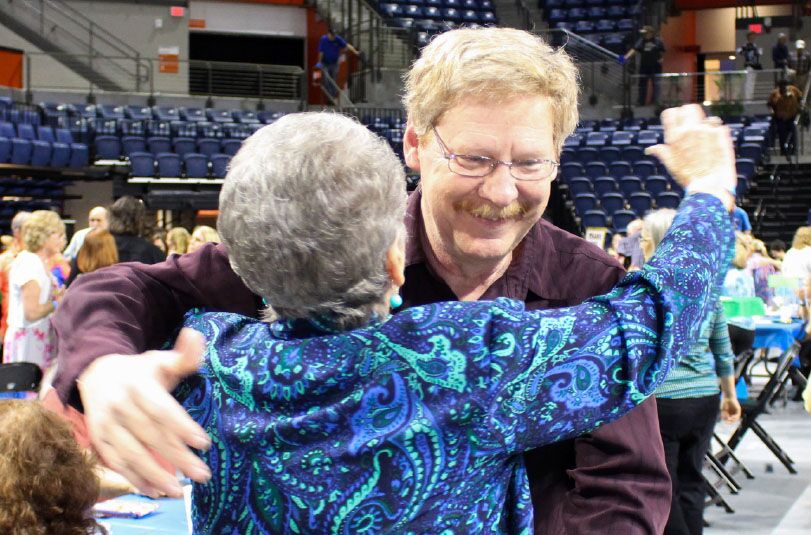 I talked with people I haven’t seen in – dare I say it? – 30 years. Some I didn’t recognize at first, until I saw their nametag and then it became obvious and the memories flooded in. Some even wore their original AGH name badges.

Other co-workers hadn’t seemed to age at all. Who are you, Benjamin Button?

This was an afternoon of laughs and tears, of hugging and recollecting, of friends and fellowship. Tables were set up for the various departments, but I didn’t spend very much time sitting at a table. With so many people in attendance I was compelled to be on the move, roaming around the O’Dome in an attempt to talk to everyone I knew. 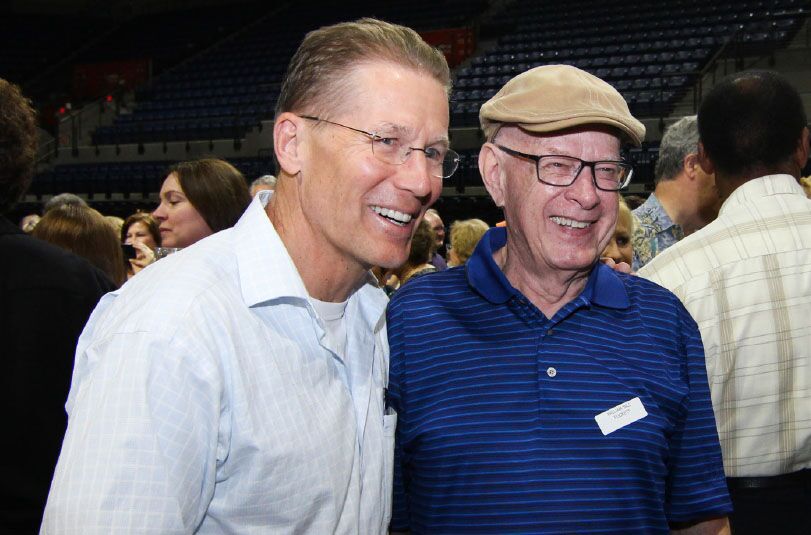 I’m glad I did. As I strolled about I spotted many friends and colleagues, some of which were also strolling about, a few in wheelchairs, and others who seemed content sitting at their tables. I even had the good fortune to meet up with – and thank – the woman who had hired me so many years ago.

It was difficult to talk to most people for more than a few minutes before we would spot someone else that we needed to catch up with. And so those fleeting hours flew by before I knew it; I wish it had been longer. In the end, there was no way I could talk to everyone.

Over the years it has dawned on me what a remarkable place AGH had been, and the sheer number of people gathered together for this reunion is ample testimony. 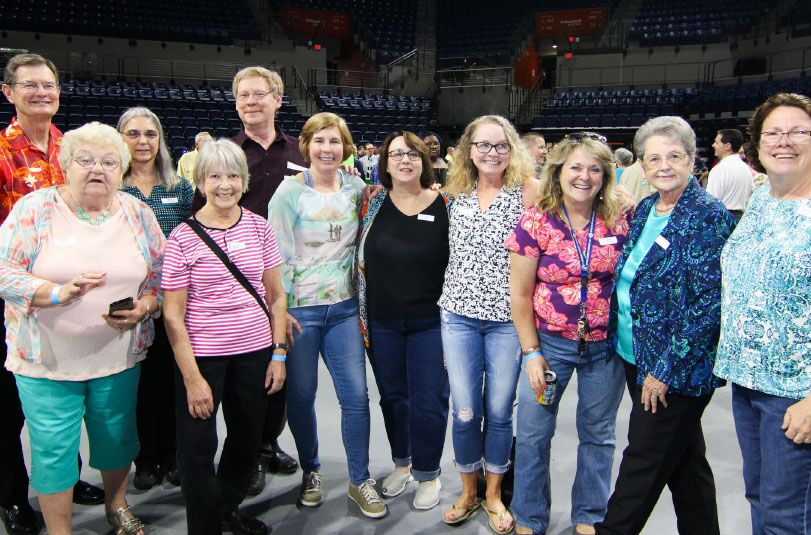 Was AGH perfect? No, of course not. And my career in the Medical Examiner’s Office was, on many days, the most stressful, heartbreaking, emotionally draining job

the wonderful, caring people of Alachua General Hospital that made my days

working there so extraordinary.