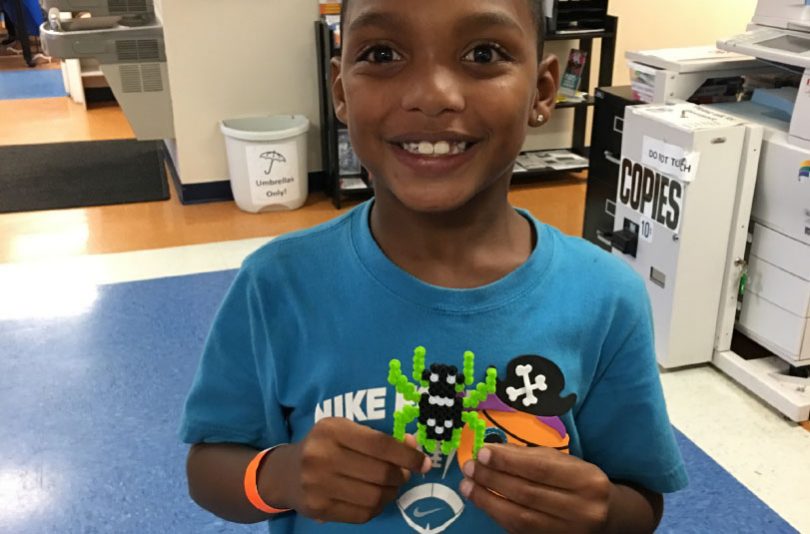 An ever-growing community group in southwest Gainesville is dedicated to improving early childhood care in its neighborhoods and throughout the county. The efforts in the Southwest Advocacy Group (SWAG) neighborhoods will join with the University
of Florida.

The SWAG neighborhoods are seven low-income neighborhoods east of Tower Road and north of Southwest 20th Avenue. The community has been identified as an area with some of the highest economic and health disparities in the county, as well as the poorest educational outcomes.

The neighborhoods are virtually invisible as you drive to nearby upscale developments such as Haile Plantation. For years, many people were unaware that an area of high need existed within the affluent area of town.

Thanks to the advocacy of SWAG, as well as people like Dr. Nancy Hardt and Sheriff Sadie Darnell, whose deputies provide valuable services and prevention measures throughout the neighborhood, people are now more aware of the issues that face the SWAG community. Individuals and organizations have banded together over the past decade to bring resources to serve these areas and change outcomes for families that live there.

“What made me want to get involved was the children,” Dorothy Benson, a volunteer and co-chair of SWAG, said. “Dr. Hardt created maps that showed an area in southwest Gainesville had a high concentration of babies born underweight, and that made me wonder why we didn’t have a clinic or other resources for low-income people on this side of town.”

“Soon after SWAG formed, we went door to door asking parents and residents what they needed, and the No. 1 answer was services for their children,” she added. “That has guided us ever since.”

SWAG’s advocacy efforts built partnerships and ultimately resulted in the SWAG Family Resource Center and the Southwest Health Clinic. Both facilities have been wildly successful.

Partnership for Strong Families, which operates and staffs the resource center, has tracked the child maltreatment data in the area. The investments in these community-based efforts have paid off, PSF’s Patricia Carroll noted. “Since 2012, there has been a 45 percent reduction in the maltreatment counts in the SWAG zip code,” she said.

As the vision of SWAG grew, the Alachua County Commission became one of SWAG’s strongest partners. The Commission’s financial contributions led to the purchase and renovation of the buildings for the center and the clinic. Currently, the County maintains both buildings and the park adjoining the SWAG family resource center.

“The CHILD Center really is the third leg on the stool that will support the children and families in southwest Gainesville, but all these efforts will accomplish so much more,” Benson said.

“Our group is committed to a larger vision,” she continued. “We want to replicate our efforts and see high-quality early learning supports for every child across our county. With the University of Florida, our county commissioners and the many other partners behind this project, we know we can do it.”

The latest accomplishments of SWAG include building a coalition of early learning experts and raising $600,000 for the CHILD Center to educate and care for children from birth to 5-years-old — with an emphasis on parental involvement.

The amount raised includes matching dollars that were facilitated through University of Florida donors as well as $50,000 from the Women’s Giving Circle of the Community Foundation of North Central Florida and donations from local businesses.

Paula Fussell, who recently retired as the University of Florida’s vice president for human resources and is now involved with SWAG, helped raise the funds.

“Success fuels success,” she said. “Raising money for SWAG is easier now. Because of the success they have had with earlier projects, people know something is going to happen with their investment.”

An important part of the CHILD Center will be its relationship with UF and the resources it brings to the table. SWAG is working with UF experts to make the CHILD Center a model that early childhood care providers throughout the county, state, and nation can follow, according to SWAG volunteer and co-chair Dorothy Thomas.

The CHILD Center will implement programs that have been developed at Baby Gator, the UF program that operates three early learning centers, one for faculty, one for staff and one for students. It will also draw on the research and expertise of UF’s Anita Zucker Center for Excellence in Early Childhood Studies to create effective classroom practices and pull together a wide variety of support to help children and families succeed.

“We want to expand beyond the university, where we have so many resources,” said Herman Knopf, a researcher with the Zucker Center. “We want to show we can take what we have learned at the university to locations off campus and that it will work in those locations, too.”

“The CHILD Center is not going to be just another child care center,” Thomas said. “It is going to emphasize parenting and provide a continuum of services to the whole family.”

Parent Tanya Rodstrom, whose daughter and two sons receive tutoring at the resource center, appreciates the emphasis on parents.

“The staff and volunteers might be the teachers, but we’re the parents,” Rodstrom said.

The CHILD Center will be built near the SWAG Family Resource Center and the Southwest Health Clinic, so it will be able to link families to the existing services provided at both locations.

As Thomas pointed out, “You can’t help children without helping their families.”

Guided by this understanding, the CHILD Center will offer both formal and informal family education opportunities.

Through its partnership with the Zucker Center, the CHILD Center will function as a model and demonstration center that can support teacher professional development workshops and collaborative learning opportunities offered to all early childhood providers and teachers in Alachua County.

There are 860 kids under the age of 5 in the SWAG area, and every one of them deserves a chance to be ready to enter the doors of kindergarten prepared to succeed, Thomas said. 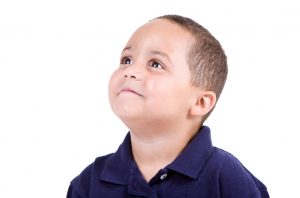 ALACHUA COUNTY CHILDREN’S SERVICES ADVISORY BOARD: A VISION FOR ALL CHILDREN

Just as SWAG’s vision started as a grassroots community-driven initiative, so, too, did the dream for Alachua County’s youngest children.

The group members’ call to action in 2014 brought together a grassroots campaign for the creation of a council that would serve children under age 5. Their efforts led to the creation and funding of the Alachua County Children’s Services Advisory Board (CSAB) by the county commissioners in October 2015.

“The first three years of a child’s life is when 90 percent of their brain development occurs, and all children, regardless of where they live or what resources their families have, need quality early learning supports,” said Dorothy Benson, one of the advocates who pushed for the creation of the CSAB. “We can’t wait until children enter kindergarten to begin investing in them. Too many children begin kindergarten behind and never catch up, so early intervention and prevention can change the trajectories of our community’s children.”

CSAB’s goal is to create a true foundation of success for all children in our community. It will do that by identifying gaps in early childhood services, reducing duplication and creating a seamless system of care.

The county commissioners have seen their investment in SWAG produce many positive results, and they hope to see the same high return on investment in early childhood for Alachua County’s youngest.

“The number of partnerships that make the SWAG Family Resource Center work is absolutely amazing,” Commissioner Lee Pinkoson said. “And, the children’s services council has great potential…If it lives up to its potential, it will have the most positive impact that I’ve had as a commissioner.”

Andy Sherrard, vice chair of the CSAB and founder of O2B Kids, pointed out, “Gainesville is a community committed to education, but we are not a community that has historically invested in the education of our youngest citizens. Research confirms that investment in early childhood education delivers a significant return in the form of increased academic and social achievement, improved health and better economic outcomes.”

The Alachua County Commission is working in two ways to provide the support that has been missing in the past. First, it is providing $1.25 million that will be awarded through an application process to local agencies to create a collaborative and comprehensive system of care for infants, toddlers and preschool-age children.

Second, the commissioners have appointed a diverse CSAB made up of our community’s leading experts in early learning and child development as well as representatives from public schools and the mental health, juvenile justice and child protection fields to make recommendations on how best to spend the money.

The CSAB is charged with consulting with area agencies dedicated to the welfare of children and their families while also recommending innovative and creative programs to our county commissioners that meet our children’s needs in a unified and comprehensive way.

“This action has the potential to truly transform our community over the next 20 years,” Sherrard said. “(Investing) in the health, education, and well-being of children birth to 5 years old increases the probability of kindergarten preparedness and sets the foundation for success in school and positive life outcomes.”