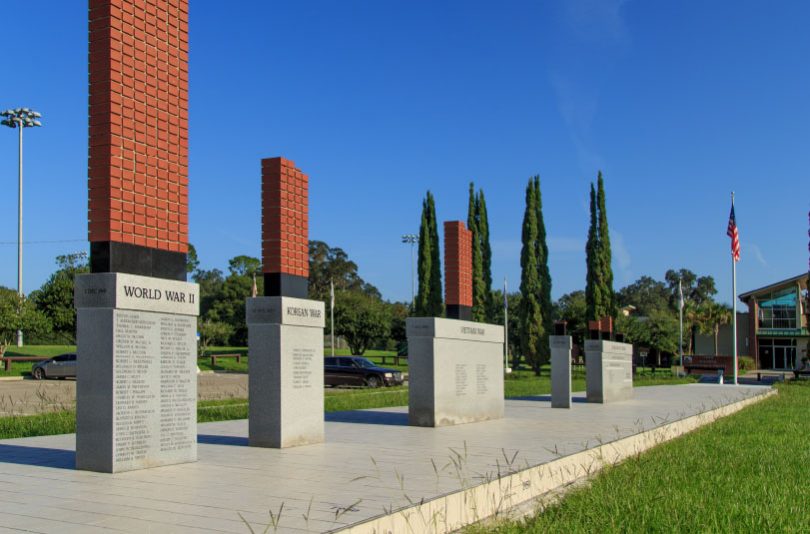 In November 1918, on the 11th hour of the 11th day of the 11th month, an armistice went into effect and World War I finally came to an end. The following year, President Woodrow Wilson issued a message to those who had fought in the war thanking them for their service. Thirty-five years later, the United States celebrated its first official Veterans Day on November 11 to honor those who gave their lives to fight for our country.

Approximately 6,000 veterans currently reside in Greater Gainesville, and HOME spoke to several veterans in the area from different branches of the military. Their service ranges from administrative to active. 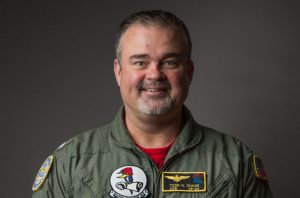 Todd Chase is many things. A former city commissioner, a businessman, a Harvard graduate, a husband, a father and a veteran. When he was younger, he was a self-proclaimed dreamer.

“I wanted to be Eddie Van Halen,” Chase said. “I still to this day am one of the greatest air guitarists in the world.”

While this dream may not have come true, his service in the U.S. Navy did. Chase remembers his early years in the Navy ROTC at Jacksonville University as some of the most formative in his life.

“I was 17 years old at the time, and I didn’t quite fully understand the commitment,” Chase said. “(I) came to appreciate and understand it throughout my college years.”

Things changed for Chase in the summer of 1986, when a little movie called “Top Gun” came out.

“I decided I wanted to be a pilot, and that’s what I did after graduation,” he said.

Chase grew up with a single mother in Savannah, Georgia, an experience that has shaped the values he holds today. After meeting his wife, Mary, Chase entered into the reserves in order to create the family life he desired.

What followed were various jobs and successes that turned the 50-year-old into an expert on many things. He graduated with an MBA from Harvard Business School in 1997, ran a couple of startups and served as the city commissioner of Gainesville for six years, all experiences made possible because of his time in the military.

“The military trains you well,” Chase said. “All those lessons and the knowledge required — it’s really guided me in my life to know that you can do anything.”

He fully attributes who he is today to his time serving. And there are other significant titles that Chase would not have held if he had not served: husband and father.

“It is because of my service in the Navy that I met my wife,” he said.

It happened one fateful day when an engine problem caused his plane to land in the area Mary was working at the time. What happened next was a union filled with love, support and a beautiful family.

“It really solidified my belief in two things: fate and love at first sight.” 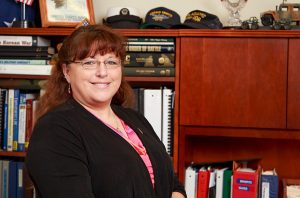 Military careers vary across the globe. Some are active while others are quieter. Some last an entire lifetime while others are short-lived. Despite these differences, anybody who has served knows one thing: Your fellow veterans become your family.

“When you see that your (fellow) veteran cares, then you start to see that other people care, too,” said Navy veteran and current director of Alachua County Office of Veteran Services, Kim Davis. “It brings you … to a better place, mentally and socially.”

The 44-year-old grew up in a rural city where serving in the military was the primary option to receive an education.

“It was a big growth opportunity for a young person,” Davis said.

Davis’ time in the Navy was one of growing and learning. At just 17 years old, she was thrust into a world full of responsibilities and came out with a maturity that she believes she would not have received anywhere else. Unfortunately, her military career was cut short after an injury, which forced her to end her enlistment after 10 years. Afterwards, however, there was something pulling her back.

“I couldn’t let it go because these were my brother (and) sister veterans,” Davis said. “I had a bond with them.”

Over the next several years, Davis worked with nonprofits and grant programs in order to connect with the veterans in her area. She actively worked to make sure that veterans were taken care of, and she proudly served as an empathetic resource for many veterans who were looking for comfort. After serving as the employment representative for veterans in Alachua and Bradford counties, Davis stepped into a position as the director of veteran services for Alachua County.

“I feel like I’ve made a difference here,” Davis said.

Davis continues to organize events and resources for fellow veterans in the area. As the baby boomers start to retire, Davis hopes to be a resource for the new generation of veterans looking to engross themselves in the community.

“In this role, I learned that you really get to see what people went through,” Davis said. “People who serve our country really went through hell and back, and (we) should be grateful for them.”

While her service may have ended prematurely, there is no doubt in Davis’ mind that she is part of something great. She hopes all veterans, young and old, see that as well.

“When you serve our country, you become something greater than yourself,” Davis said. “You gave to our nation so that we are all free.” 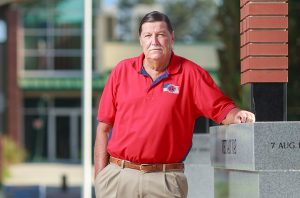 Each year, Gainesville bands together to honor our veterans through various Memorial Day and Veterans Day services. Thousands of people engage in different activities and commemorate those who fought for our freedom. None of that would be possible without Army veteran Jim Lynch, who was integral to the construction of the memorial monument in Gainesville.

“Veterans Day here in Alachua County used to be a small ceremony,” Lynch said. “Now, we have anywhere from 2,000 to 3,000 people showing up.”

After succeeding in boot camp and basic training, Lynch got the opportunity to view the Vietnam war through a different lens: a camera lens.

Lynch served as a correspondent for the camp newspaper and later as the photographer. He spoke to soldiers from all over the U.S. and sent their stories to their hometown newspapers. As a photographer, he captured combat stories as well as uplifting events, such as a Christmas show with famous actress and singer Ann-Margret.

After serving for three years, Lynch returned to Miami, where spent his days working on a truck. It was then when he realized that he had a chance at a free education.

“I came home and I told my wife to pack up the baby and everything we own,” Lynch said. “(We) came to Gainesville and I enrolled at the University of Florida.”

He went on to gain a criminal justice degree from the University of Florida through the GI Bill. The opportunity to change his life through the benefit inspired him to make sure other veterans received benefits as well.

“I went from digging ditches and driving trucks to working in a nice air-conditioned office,” Lynch said.

It started when he attended a board meeting during his time as the director of the Alachua County Office of Veteran Services. Lynch recalls the widow of a World War II veteran who came to ask where the local veterans memorial was located. After informing her that there wasn’t one and seeing her reaction, Lynch and the other board members got to work.

“She was a little old lady who wagged her finger at us and said, ‘Shame on all of you. Every hometown should have a veterans memorial,’” Lynch said.

He considers building the memorial to be one of the proudest moments of his life.

Aside from the memorial, Lynch also helped veterans receive education, healthcare and employment benefits. To this day, fellow veterans come up to him and thank him for reaching out and changing their lives. 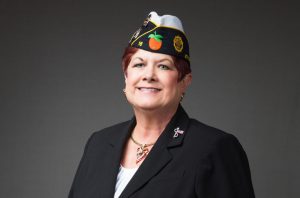 Vickie Van Buren worked hard for years to make sure that she made the most out of her long career. However, some jobs came to her because she was an oddity in the military: a woman serving in the U.S. Air Force.

“You were so limited in what you could do,” Van Buren explained.

She recalled her service throughout the 1970s on an airplane hangar, where she had to wear a skirt and high heels. She worked in a base commander’s office at one point, which she described as “so boring.”

“I realized that the only reason I was in there was so that he could brag to all of his buddies that he had a female in the office,” Van Buren said.

Van Buren never stayed silent, however. She challenged her male superiors and proved an honesty that would help her get ahead. She faced a significant challenge at the age of 29, when her senior master sergeant rank was questioned by a man.

All of these were mere setbacks, as Van Buren proudly wears her integrity on her sleeve today. Her extensive work in civil service and with the American Legion allows her to be a voice for many women serving our country.

For women serving in the military today, Van Buren encourages the local community to reach out to female veterans suffering from PTSD and sexual trauma. She encourages women to pursue any career they want and to let it be known that they are capable of anything.

“If you’re capable of doing something, then you should do it,” Van Buren said. “You can still do the job that a man can do without losing your identity.”