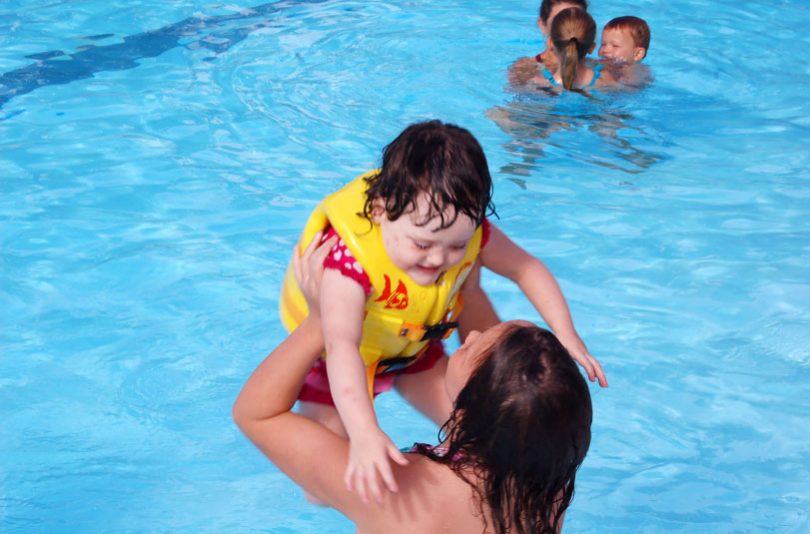 Noah’s Endeavor is a local nonprofit organization that strives to create an inclusive environment for all children. Noah’s Endeavor — originally named Endeavor Adapted & Inclusive Recreation — was founded by Will and Shelly Voelker in 1999. Their son, Noah, suffered from cerebral palsy, and the Voelkers wanted to create a community that would benefit Noah and other kids like him.

“I tried finding things for (Noah) to do, who was severally disabled,” said Will Voelker. “Every time we tried to take him somewhere, they told him he couldn’t participate.”

Upon realizing there were no local activities inclusive to all children, the Voelkers took it upon themselves to solve the problem. They created Endeavor and centered it on never discriminating against any child, regardless of ability.

Noah’s Endeavor created opportunities for children with disabilities to play and socialize. When Noah passed away in 2009, the Voelkers kept the organization going and expanded it to reach as many children as possible. In a tribute to their son, Endeavor was renamed Noah’s Endeavor.

The nonprofit has several programs for all children throughout the year. They started with Baseball for All and have since expanded to include basketball, soccer, painting, bowling and Book Buddies, where volunteers read to the children at local libraries.

Aquabilities is one of the organization’s summer activities. The program allows children with disabilities to jump in the pool and have fun while also teaching them the importance of water safety.

“(We) teach kids water safety…to not be scared around water (and) to be comfortable around it but also respect it,” Voelker said.

Originally, Aquabilities started under a different director who was not affiliated with Noah’s Endeavor. When that person could no longer run it, the Voelkers decided to adopt Aquabilities into their organization.

“(We) kept it up and kept doing it because we saw there was a huge need for children with disabilities to learn how to swim,” Voelker said.

As a parent, Voelker understands the positive impact these programs have not only on the children but on their parents as well. 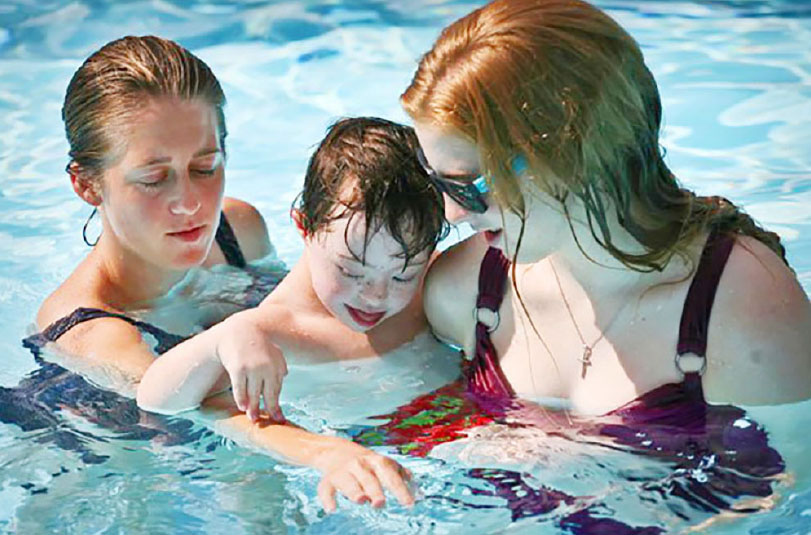 “Parents of children with disabilities get to see their kids do stuff that they were told they wouldn’t be able to do,” Voelker said. For these parents, the sight of their children swimming and being involved in the community is a miracle. He said one of his favorite memories with Aquabilities is “seeing our son Noah relieved by the floating feeling of the water.”

“Everything we try to do is to get families and the general public aware of the issues children with disabilities face,” Voelker said. “Everything we do involves the public.”

For this reason, instead of creating its own facilities, every Noah’s Endeavor program takes place in local facilities. Keeping in line with their goals to provide help to anyone who needs it and never to discriminate against any child, the Voelkers have made all activities with Noah’s Endeavor free and open to any child who wants to participate.

This summer, Aquabilities will continue once again, and as always, the organization will provide miracles and support for children with disabilities and their families.

For parents with disabilities, the sight of their children swimming and being involved in the community is a miracle.