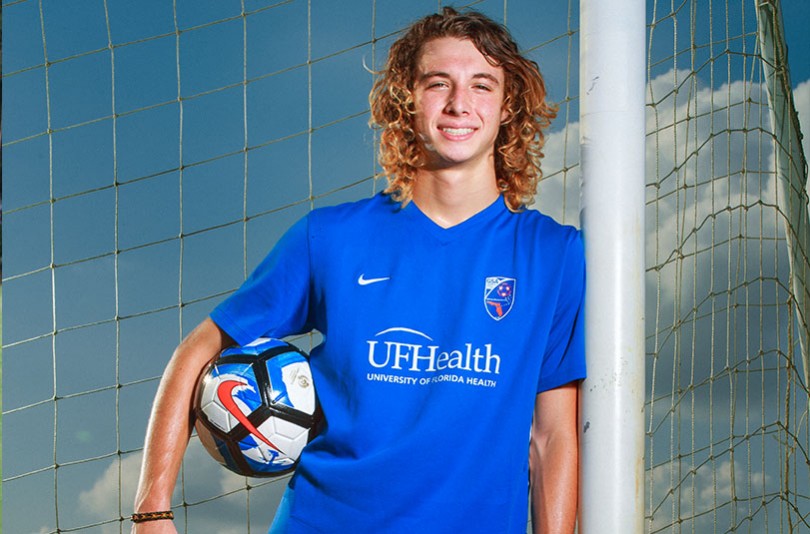 Soccer, a sport that was largely foreign to the Gainesville community in the past, is gaining county-wide popularity in the present and is on track to increase in members in the future. According to the U.S. Youth Soccer Organization, the sport has grown from 1.3 million children registered to play soccer in the U.S. in 1990 to over 4 million members in 2014. Locally, the Gainesville Soccer Alliance has been proving that they too are setting high records for youth soccer participation.

When Ron Messick, director of coaching for GSA, played soccer in the late 80’s, the number of teams in Gainesville weren’t even a handful. “When I played in club soccer from ’84 to ’88 there was only one team with 18 players. We started GSA in the early 2000’s with five teams that consisted of 50 to 60 players,” remembered Messick.

Today, the Gainesville Soccer Alliance has not only expanded their teams in record high numbers, but they have also been able to offer scholarship programs to students in need. “It’s about making sure that these kids, coming from all backgrounds, come together and play a sport that’s open to everyone. No matter the size, shape, or condition, you can play soccer. That’s what I love so much about this sport,” Messick said. GSA offers many different leagues for all ages, but the one they are commemorated for most is TOPSoccer, an outreach program designed to give children with special needs an opportunity to play soccer with volunteers — called “buddies” — and their peers.

GSA has been the start for many athletes who have gone on to play college and professional soccer. “We are designed to meet the proper training needs for any child of any age. Many success stories have run through GSA — players who start at a very young age and follow their dreams well off into high school,” said Messick. 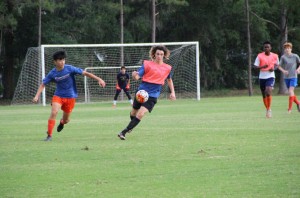 Out in the field on a recent rainy evening, a group of 50 determined young men tried out for an elite team. You could only sense their determination to make it on the field. The elite team, called Central Florida Fusion, was created through an alliance between GSA and Ocala Premiere Soccer Club, also known as Big Sun Youth Soccer League. Messick and Ocala Premiere Director Matt Weston join the 20 most elite players picked from both clubs to form one team.

Jesse Templeton, the star junior who started playing for GSA at the age of four, was one of the lucky players chosen for the Central Florida Fusion team this year. Growing up, Jesse played many sports, but soccer always called him back. “I grew up watching all the stars playing on TV, and I wanted to be them. I still hope I can be like them,” said Templeton. Jesse’s mother Dolly Wright remembers when Jesse first started playing: “He was very small for a football player, but his step-dad wanted him to play a sport. So I started searching and we found out there was a soccer team here in Gainesville. We signed him up, and 12 years later he’s still here.” 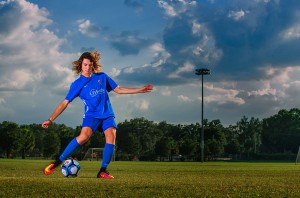 Jesse said he is excited about combining forces with old competitors through the elite team’s fusion of Gainesville and Ocala talent. “I think it’s great that we are coming together. I’m not nervous at all. I can’t wait to see what these guys have to bring to the field so we can be able to play together,” explained Jesse. “It’s good seeing some new faces in this sport. I’ve met some of my best friends playing for this team. It’s going to be cool making new ones.”

Dolly is also excited about meeting the new parents in this fusion team. She noted, “I haven’t met them yet, but I think it’s great that we will have an extra push, not only competition but with additions to our soccer family.”

Although tryouts for the fall/spring 2017 season are over, parents who are interested can email Ron Messick online at gainesvillesocceralliance.org. Opportunities for scholarships and discounts for more than one child in a family are available.