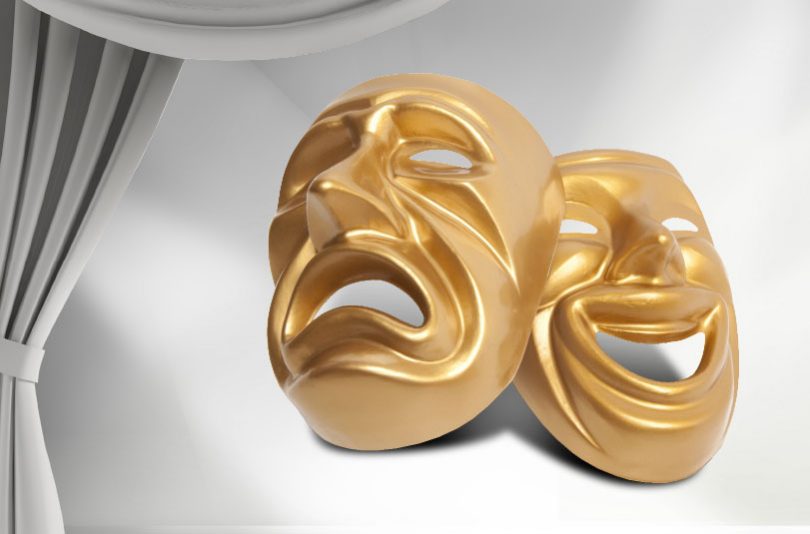 “My greatest joy and my greatest challenge is to bring people together and to try to create something musical, something thought-provoking or a combination of all those things together, and in return, open the doors of the world to the listener,” said Evans Haile, the artistic and musical director of the Gainesville Orchestra. After receiving a master’s in music from Julliard and rubbing elbows with Tony-award winning elites, Haile traveled from Moscow to New York making a name for himself in music, theater, film, radio and television. 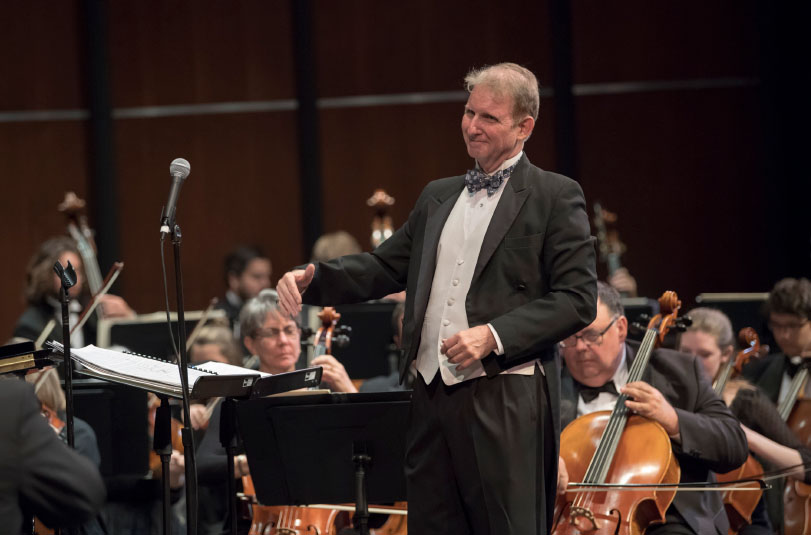 On May 5, he was in Gainesville for the Gainesville Orchestra’s season-finale performance “Jerry Herman: The Broadway Legacy Concert” at the Santa Fe College Fine Arts Hall.

The orchestra played tribute to the Broadway legend Jerry Herman, who is best-known for writing the music and lyrics to “Hello, Dolly!,” “Mack and Mabel,” “La Cage aux Follies” and “Mame.” They performed some of Herman’s greatest hits with renowned Broadway stars, Klea Blackhurst, Jason Graae, Debbie Gavitte, Ron Raines and Scott Coulter.

The orchestra’s long list of collaborators include local businesses, organizations and art groups, all equally determined to build a strong foundation that will make a positive impact on the economic well-being of Gainesville.

“The artists who come work with us are international stars. The people who make up our orchestra are professional musicians, and we are proud of the fact that we are part of that, that we’re part of Gainesville culture, as well as what we bring economically to the area,” said Haile.

Since 1983, the orchestra has solidified its reputation and cultural importance in a bustling art scene.

“I think it’s an amazing thing that a city with our population can support the artistic institutions that it does, but my only frustration is the challenge to remind people to experience those wonderful live events and performances,” said Haile. “We far too often either take things for granted, or we’re too comfortable at home and don’t take advantage of what’s really out there.”

Ariel Dykes, 19, was one of 10 Santa Fe College students who shared the stage with the Gainesville Orchestra at the Jerry Herman concert. The  Santa Fe students were selected from Scott Coulter’s Master Class to perform as an ensemble. 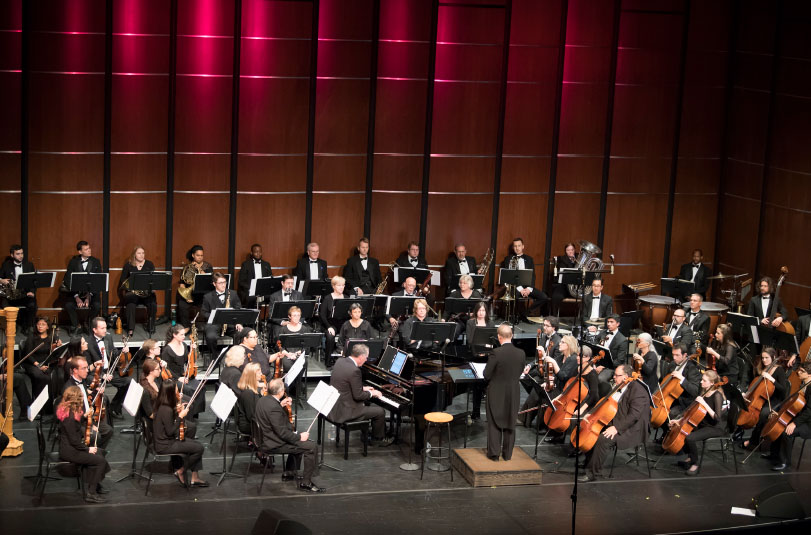 The Gainesville Orchestra performs their Jerry Herman tribute concert on May 5.

Dykes, a musical theater major at Santa Fe College, said that initially Coulter was only supposed to select two students to perform. To their surprise, he chose all of them.

“I wasn’t really expecting to get chosen,” said Dykes. “I had it set in my mind, ‘Yeah, I’m probably not going to get this one, but I’m just here for the experience,’ but I … got to perform.” The Santa Fe students performed Herman’s classic, “With Anne On My Arm,” which Dykes confessed they learned in a span of one rigorous but rewarding day. In addition to this unique opportunity, the students were each rewarded $200 scholarship.

“We were all so shocked,” Dykes said. “It was really great because some of us are paying for college out of pocket, so the money came right on time for some of us, which was a blessing.”

According to Haile, the Jerry Herman tribute concert defined who the orchestra was as a cultural institution with their professionalism, their collaborations within the Gainesville community and their drive to impact young artists, the Gainesville Orchestra prides itself on its value to the community.

Photography Courtesy of The Gainesville Orchestra 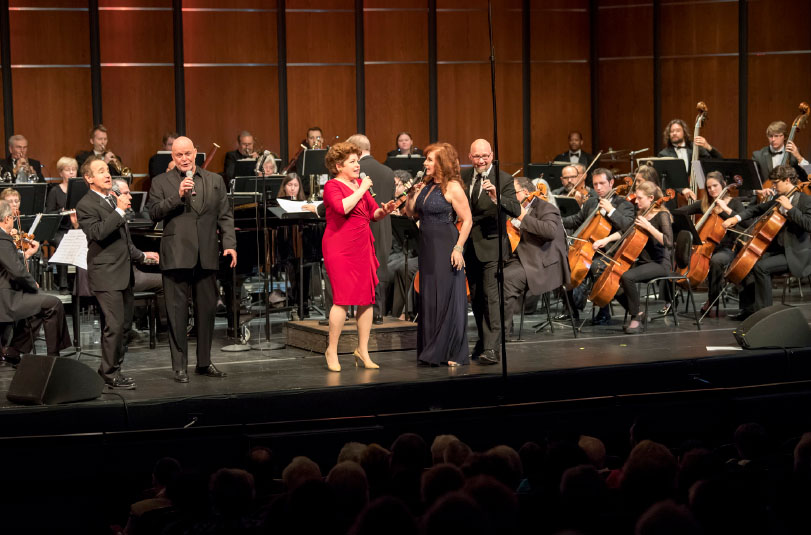