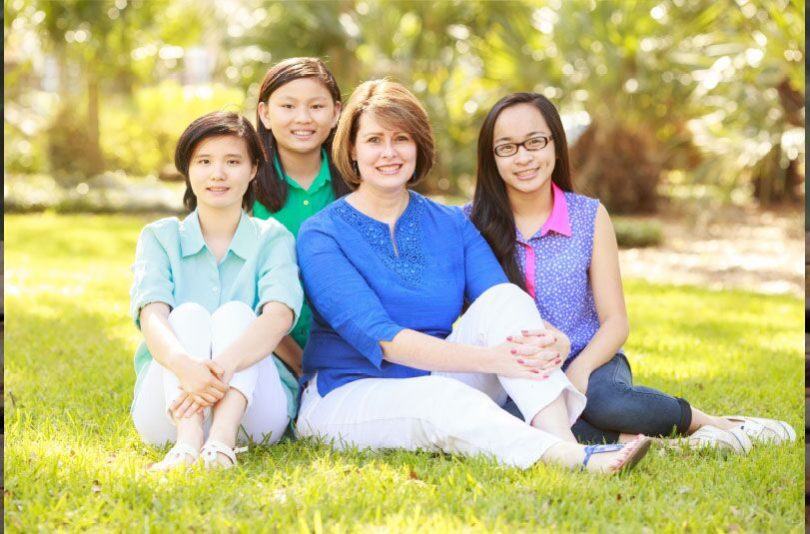 Kim Beagle traveled to China three times to adopt each of her three little girls. HOME magazine had the opportunity to sit down with Kim and her daughters Eli, 17, Maddie, 15, and Jenna, 11 to hear their story.

This is not a typical adoption family story; this family wanted to share greater lessons about adoption.

“Adoption has such a ripple effect for everyone involved,” Kim said. “It’s not just your immediate family who’s affected by adoption – though those blessings are incredible – it’s the idea that you continue to give; that your ‘family’ is much larger than just the people living in your house with you; it’s that you are somehow connected to those left in China who haven’t been adopted yet or won’t be adopted.”

With this mindset, Kim returned to China in May of 2010 as a volunteer for an organization called Half the Sky (now called One Sky For All Children) in Changchun, Jilin Province. 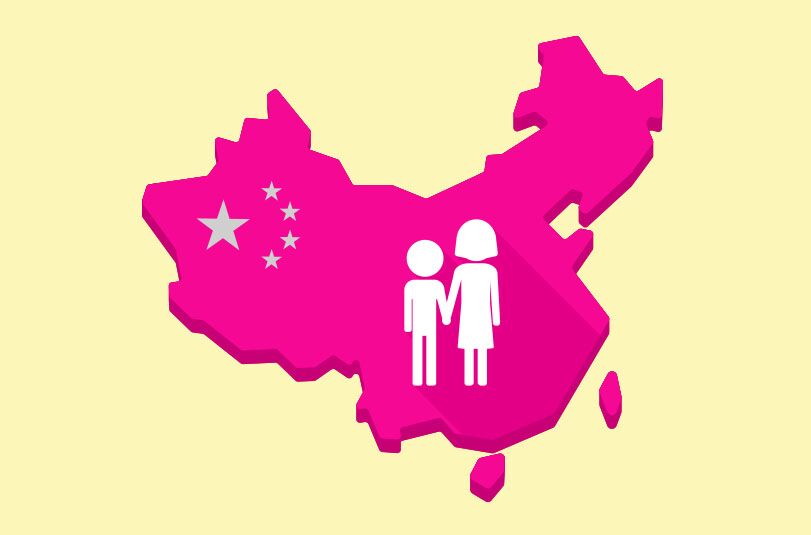 “The plan was to refurbish infant rooms in an orphanage in Changchun, and create some brightly colored preschool rooms, stocking them with developmental toys and activities,” Kim said. “We [spent] our days painting walls, cribs, chairs and tables, and assembling bookshelves, tricycles, wagons and other toys. As the volunteers were doing that, Half the Sky [was] training the nannies and preschool teachers, and they [allowed] us to sit in on that as well.”

For Kim, that experience was life-changing. When she returned home, she wanted to continue to make her own impact by informing people in Florida about Half the Sky. As a first-grade teacher, she started a Read-A-Thon initiative in her class, benefitting the Half the Sky Foundation, which raised money to help support better lives and better futures for children in China.

“We came up with the theme, ‘A Penny a Page Can Change a Life’ and they added pennies (equivalent to the number of pages read the night before) to a penny jar each day,” Kim said. “After the first night, the kids added 273 pennies to the jar. The next day it was 435 more, then 540 more, then 671 more. Of course, I was thrilled with the impact this was having on their reading, and even more excited about the other ways it was affecting their lives. Our class became so connected to the kids in China, and I was touched by how often they thought of these children that they will never meet.”

Her class of 18 first-graders read 11,846 pages and raised $906.20 in one month, funding a month of art supplies for two orphanages, a month of education for five children under the age of seven, a month of enrichment – art and music lessons, tutoring, vocational training and university tuition – for four children older than eight, as well as “The Good Times Fund” for birthday parties, outings and other special celebrations. Those 18 students realized everyone can make a difference in the world, no matter how young.

Four months after the Half the Sky Read-A-Thon, a student was inspired to help people in Japan after a devastating earthquake and tsunami with another Read-A-Thon. Twenty-three other classes joined the movement and raised $6,700 for the Red Cross to help children in Japan.

Given her experiences adopting and working with Half the Sky, Kim’s mission creates ripple effects of kindness in others’ lives, and moments like these are a reminder that paying it forward produces real benefits.

As for her three girls, Eli, the oldest, went to China when she was 14 and spent a month volunteering at Shepherd’s Field Children’s Village in Tianjin, just outside of Beijing. Shepherd’s Field Village is an orphanage for children with severe medical disabilities. Eli worked as a summer intern, volunteering with babies and children, while her cousin Kimberly, who’s in medical school at the University of Florida, worked in the medical clinic.

In China, when children become 14 years old they are no longer eligible for adoption. They can be fostered in that country, but they cannot be adopted nationally or internationally.

“There are a lot of teenagers at Shepherd’s Field who are allowed to stay there, but most orphanages do not allow their kids to stay because when you turn 14 there’s limited supplies and resources,” Eli said. “You’re usually kicked out or sent to factories or fields, and that’s basically the plight of most teenagers in China who are orphans, but Shepherd’s Field kids are allowed to stay for as long as they want and they’re taught vocational training so they can get jobs and support themselves.”

Eli wants to return as a college student or just after graduating and continue to give back. She’s currently studying Mandarin online and would like to teach English when she’s in China, as well as work at an orphanage. Furthermore, she expressed her desire to adopt nationally or internationally in the future.

Eli has strong opinions about adoption that she hopes to get across to anyone who believes there’s a huge difference between adoption and biological birth.

“When I used to talk to Dad about it,

Eli said that some people see adoption as a second choice for those who are trying to have a child biologically but can’t.

“I think that’s a very toxic mindset because it only further divides what we consider something to be real or not,” Eli said.

“I think in general people don’t really mean it in a bad way when they ask, ‘Are they real sisters?’ They just don’t understand what those comments imply,” Kim added. “I feel that so many people, when they consider [adoption], they are reluctant and hesitant because they think they’re not going to love that child as much, but for me [love] was instant. The night we adopted Kaylee, I remember saying to my mom, if someone tried to take her back, they’d have to cut my arms and legs off because it was such an instant connection. There are so many people I know who have biological and adopted children, and every single person I know says that love is exactly the same, there’s no difference whatsoever.”

“That mindset is why people aren’t adopted more,” Eli said. “People have too much stigma against it, and they don’t even know anything about it.”