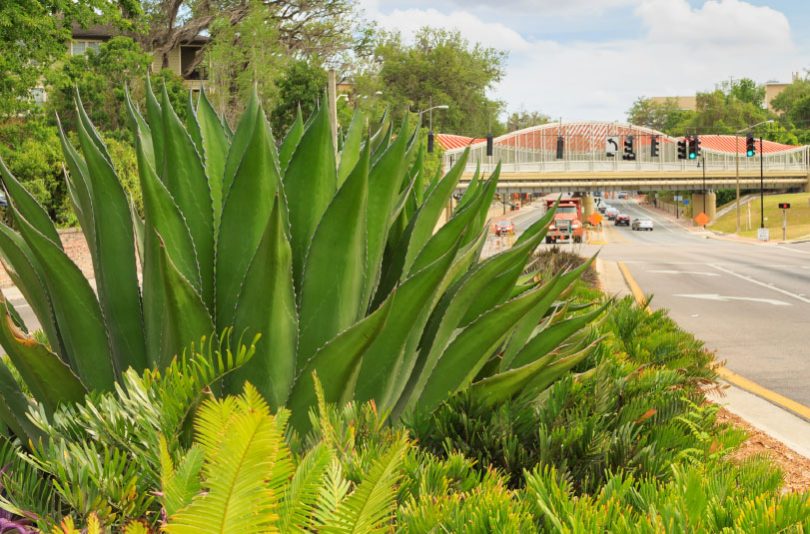 Travelers coming into Gainesville on 13th Street headed to the University of Florida can’t miss the unique structure traversing the highway, as well as the lush landscaping in the medians. What they may not realize is the thought and planning that went into these creations.

The Helyx Bridge (also known as the DNA Bridge) was originally built for trains traveling through the Gainesville Depot. In the 1980s, the bridge was converted to a rail trail for pedestrians to cross 13th Street, but it sported an unsightly metal cage – it was ugly.

Fast-forward to the 21st Century and you’ll find that this old railroad bridge now resembles a strand of DNA, built courtesy of the Gainesville Community Redevelopment Agency (CRA) and Oelrich Construction.

Beneath the bridge, the median reveals a series of dynamic planter walls that echo the DNA motif, all filled with an array of Florida friendly plants bursting with thousands of bloom spikes each spring.   Not only are the plantings water-saving and environmentally friendly, but they are also pretty.

The landscaping is the brainstorm of Jon George and his team at Cottage Gardens, the company that won the bid for both the design and creation of the median landscaping.   Cottage Gardens was challenged to design something creative and outside of the box. Nothing boring or flat. Not just grass. Not traditional landscape. They wanted something that would really turn heads. So Jon George and his design team went to the drawing board and came up with a design that included low retaining walls emulating the lines of the bridge and the architecture.

“The folks at Gainesville CRA were excited about that,” George said.

Cottage Gardens won the bid for the design and installation and came up with a concept plan. It took nearly 3 years for their plan to go through the approval process, and in 2012, they started the work under the guidance of Oelrich Construction.

The landscape design on the median south of the Helyx Bridge, and one bed north, offers a nod to the future with drought-tolerant plants, including agave, dyckia (starfish plant) and aloes.

The two beds to the north of the bridge offer a nod to the past with Florida native and heirloom plants.

“In those medians, for example, we used a small, sharp pointed agave carpet, ground-cover agave, first used by (landscape architect) Noel Lake and rescued from his property,” George said. “We also used Ms. Hunt’s antique yarrow (Achillea) from a 90-year-old farm in Jonesville, that had passed down for nearly 100 years.”

Cottage Gardens propagated the yarrow and, along with camellia plants, it became a part of a nod to the past.

The gardens blossomed that first spring and continue to this day, creating a welcoming gateway to the City of Gainesville. 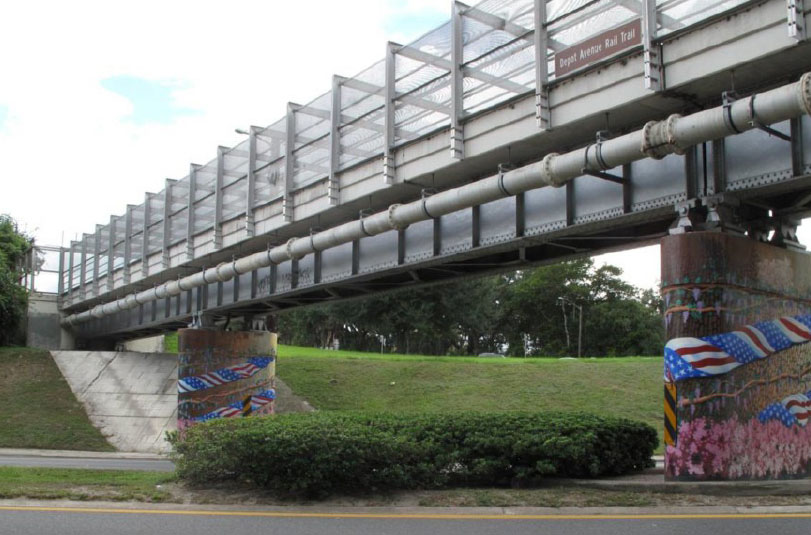 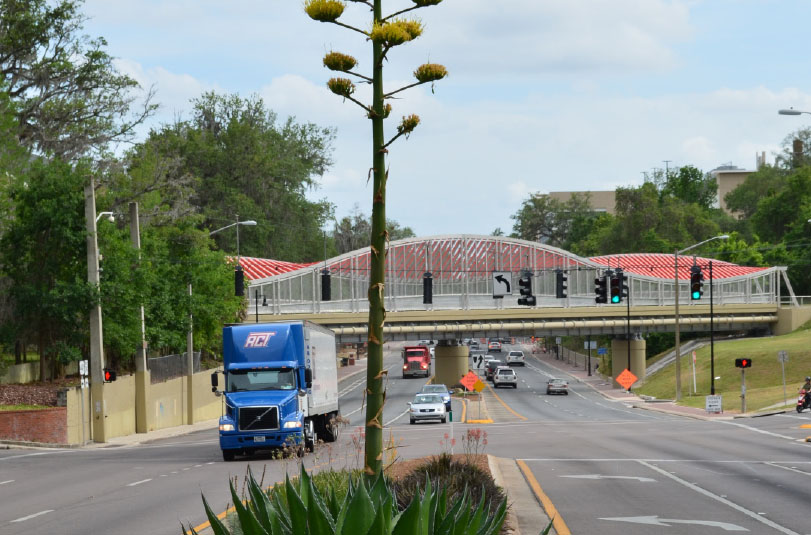 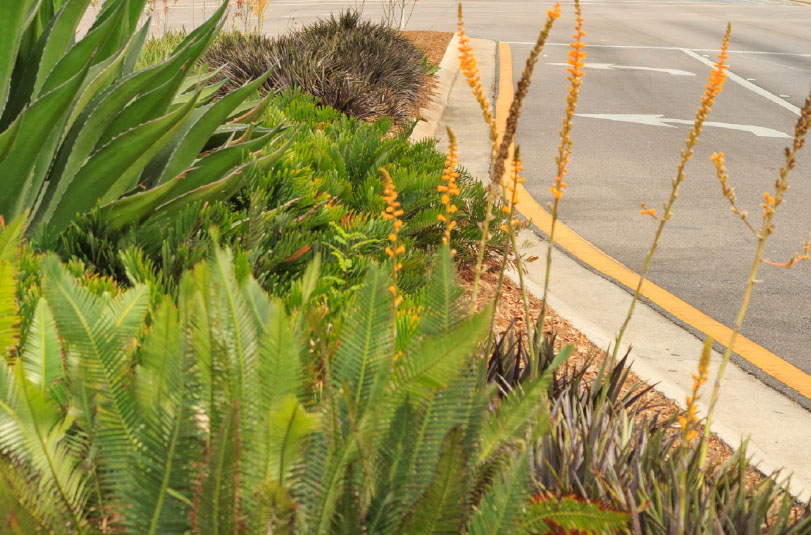