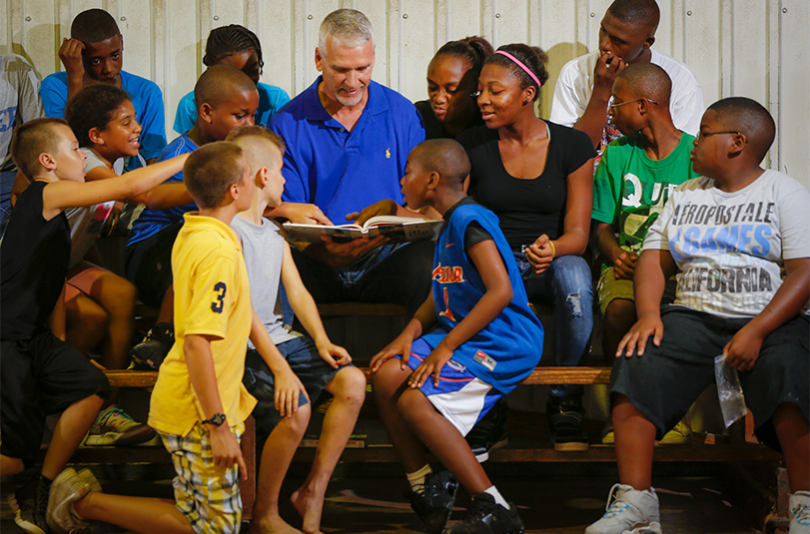 Florida State Sen. Keith Perry wears multiple hats – business owner, community leader and state senator.
“In everything I do, I give it my all,” he said.

He’s been a businessman since he started Perry Roofing Contractors when he was 18. The company provides him a perspective on how the state can help businesses thrive.

As a community leader, Perry helped create the House of Hope, a Christian-based rehabilitation program for newly released prisoners. His faith-based work continued this summer when he traveled to Guatemala on a mission trip.

Perry was elected to the Florida House in 2010, where he served three terms. He was elected to the Senate in 2016. As he seeks re-election, Perry stresses the importance of his experience – not just a legislator but also as someone who is attuned to the needs of business and the entire community.

“I believe in this community,” he said. “That’s why I have championed increased funding for our schools and worked hard to protect our natural resources.”

Perry, who has two daughters (Alexis and Amanda) with his wife, Amy, wants to make an impact well into the future.

“I want to keep our community as the best place to raise a family,” he said.

If Perry is re-elected, he will have more influence in Tallahassee. In the next session, he hopes to chair either the Senate’s education or its higher education committee.

“I believe in this community. That’s why I have championed increased funding for our schools and worked hard to protect our natural resources.”

“Because of term limits, things change very quickly in the Legislature,” he said. “I will be able to move up in the committee structure. The senate president and I talk every week, which means a lot.”

Perry’s previous service as a state representative is important.

“I have close friends who are in leadership positions in the House,” he said. “At the end of the day, both chambers have to agree to pass both appropriations and policy bills.”

Having a bigger role in the Legislature will benefit Greater Gainesville, Perry believes.

“It will mean a lot for UF, UF Health, Santa Fe College and the rest of the community,” he said.

Perry demonstrated his effectiveness this past legislative session, securing passage for two bills that would benefit Alachua County. One would have provided initial funding for a new building the University of Florida’s School of Music – to be located at the southeast corner of W. University Avenue and SW 13th Street.

“As we work to move UF to a Top 5 public institution, excellence in the fine arts, especially music, is a missing link,” Perry said.

Enhancing music in public education was also a priority for Perry this legislative session. He secured passage of language for the UF College of Education to launch a pilot program to enhance music in kindergarten, first grade and second grade.

“In working for educational equity, we can do synthetic things, or we can engage in real change at the earliest age to try to get these kids the opportunity to utilize all their talent,” he said.