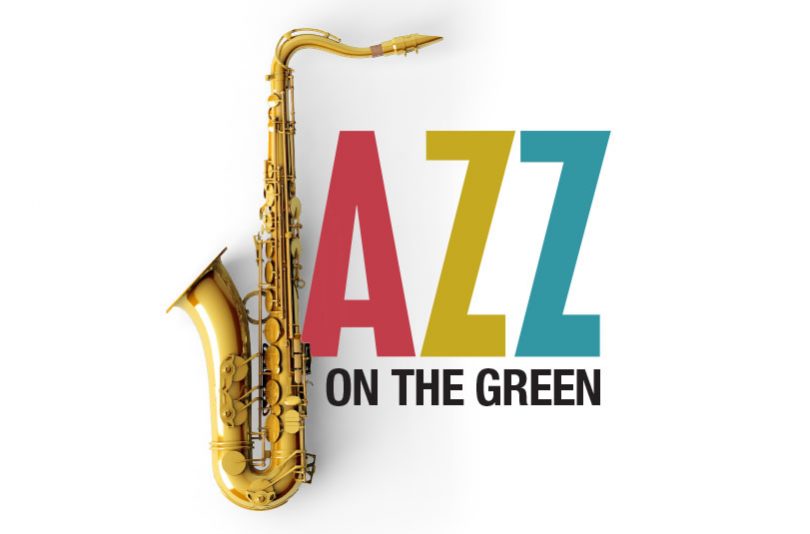 Jazz is often thought of as the soft melodies that fill elevators, the comforting voice of Ella Fitzgerald in your grandmother’s home. It is the music that you might listen to when you seek tranquility, when your day has been long and you want to drift slowly into your own exhaustion.

But while jazz might be smooth and airy, Mike Powell said it’s more than just your “grandmother’s ensemble.” It can be upbeat, lively and even electrifying, which is what made the genre the perfect centerpiece for Jazz on the Green, a ”world-class music” fundraising event to benefit underprivileged children in North Central Florida. The three-day event will kick off on May 4, 2017 with an educational activity on musicianship and the history of jazz for children and families. On May 5, it will continue with jazz concerts and wine tastings in downtown Gainesville. It ends on May 6, with a jazz concert and celebrity golf tournament at the Ocala Golf Club.

There will be an impressive lineup including some of jazz’s elite — Chrisette Michelle, Kenny Latimore, Nick Colionne, Jessy J, Julian Vaughn, JJ Sansaverino and Generation Next, hand-selected by Nicole Stewart and Powell, the event coordinators of Jazz on the Green. Powell referred to the performers as the “Justin Timberlakes of Jazz,” each bringing energy, personality and a personal fanbase to the event.

Powell stressed that Jazz artists aren’t just performers, which is why jazz is such a necessary focal point to the event. Jazz artists get you on your feet, dancing, swaying and bobbing, of course, he said. But what makes them different from other musicians is how engaged they are with their fans, beyond social media. In order to get supporters excited about the event, Powell says personality is a must.

“Jazz artists want to sit down and talk to you to see ‘What did you think about this or that?’” Powell said. “They want to take selfies with you.”

The reality is, you probably won’t be sitting around with Beyoncé at her next concert, talking about her inspirations for “Lemonade”— this type of tight-knit interaction just doesn’t seem to happen in the glamorous world of music.

“The jazz market is different from any other market,” Stewart said. “Everyone is connected. If a fan loves an artist, they’ll go to the ends of the earth for them, and vice versa.”

In a love affair with jazz themselves, Stewart and Powell couldn’t have imagined creating a music festival without jazz at the root of it. Because jazz is a niche market, Stewart said she believes Gainesville is “the perfect soil” to help grow it; the culture and people match up perfectly with the soul of the genre.

This soul speaks volumes to the message of Jazz on the Green. The event is about “doing what we love to help people who need to be helped,” Stewart said. The event originated as a way to exclusively benefit one charity per year and will now be presented by their own charity, E=MC^2 (Expanding Minds through Competency and Consciousness). The organization benefits underprivileged children throughout the Greater Gainesville area. Stewart said it was created in order to fill in a gap for kids who are underserved by supplying them with opportunities for scholarships and mentorships. 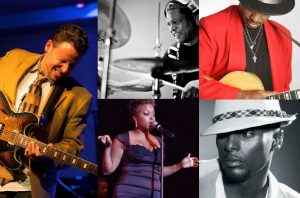 But Jazz on the Green will also serve local nonprofits such as The Early Learning Center, PACE Center for Girls, Southeast Hurricanes and Boys and Men Mentoring, to name a few.

“We would love to be able to write checks for everybody and say ‘Hey look, we love you guys so much, here’s a donation,’” Powell said. “But we’re not that big, and our goal is still to mentor kids and help send them on college tours and different things like that.”

And so, the 50-50 fundraiser was born. These organizations are able to raise money through selling discounted tickets for the event. Half of the proceeds go to the event, and the other half go to the charity itself. “Our funds and our energy come back directly relating to the kids,” Powell said.

Shawn Kenkins, an ex-member of Boys to Men, a partnering organization of E=MC^2, is just one of the many examples of youth affected by the charity.

“I’m a single parent, and the organization was able to help give my son guidance,” said Shawn’s mother, Lashon Kenkins. “It was an opportunity for him to interact with boys his age. And that has made such a big difference.” Shawn is just one of the many students that have benefited from Jazz on the Green. Through financial and educational struggles, Jazz on the Green makes these children a priority.Jazz on the Green serves the community, but it also has something for everyone — whether you’re a jazz lover or not — but especially if you’re a jazz lover.

“We know jazz lovers love wine,” Stewart laughed, and so Jazz on the Green put together an itinerary that would be the perfect getaway for anyone enchanted by the genre. It’s a “world-class experience with a purpose,” Stewart explained.

Within this pleasurable weekend experience is a call to help those in need, something both Powell and Stewart feel passionately about. Yes, it’s a jazz-, golf-, wine- and education-infused experience. But more than anything, “It’s just about love all the way around,” Stewart said.