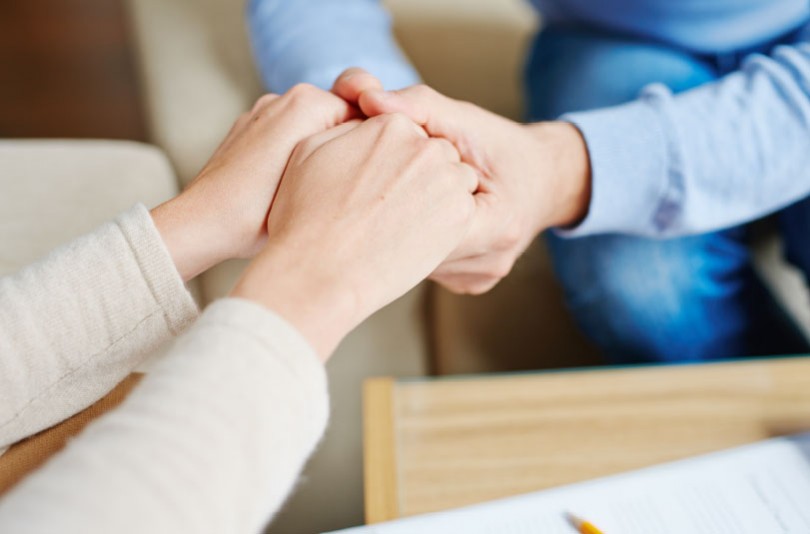 Chaplain John DiLeo has a big challenge – finding a balance between being helpful but not being intrusive as a chaplain at North Florida Regional Medical Center.

An example came recently while he was visiting with a man in the hospital’s Critical Care Unit. “I asked him if it would be OK for me to pray with him, and he nodded,” DiLeo said.

Later in the day, DiLeo saw the man’s daughter in the hallway. “She told me that this was the first time he had allowed anyone to pray with him in years,” DiLeo said. “After the prayer, he seemed at peace, she told me.”

DiLeo gained valuable insight from this encounter: “I never know how much impact I’m having.”

DiLeo is among a growing group of professionals who are meeting patients’ spiritual needs in the greater Gainesville healthcare community. They include chaplains, integrative medicine professionals, mindfulness teachers and art therapists.

Whether a patient is institutionally religious or not, chaplains create a hospitable space for the patient to name and explore his or her feelings, said Tami Higdon, chaplain manager at NFRMC. “Regardless of whether one is involved in a faith community or not, we’re all seeking meaning and value in our lives, a spiritual connection,” she said, “especially when ill and hospitalized.”

“We try to let the patient set the agenda for dialogue,” Higdon continued. “For something as personal as prayer, we ask patients if they’re comfortable with us praying with them. We want to give patients a sense of control, as they lose so much of their control in the hospital.”

However, the experience of being prayed for is often an opening door as a visit seems to be drawing to a close. “Sometimes the most heartfelt part of the visit begins after ‘Amen,’” she said.

Medical Support with a Side of Spirituality

“She talks to you about your life,” Elder said of Estores. “We’re not machines. Healing has a lot of different facets.” For her, those forms included practicing meditation, nutrition counseling and massage therapy for the “cording” around scar tissue caused by radiation treatment. She also became involved in yoga and tai chi.

She benefitted from expressing her feelings with Estores. “It was very emotional to talk about the big ‘C’ word,” Elder said. “I feel like she’s really interested, like she’s really listening, and she’s not in a hurry.”

Estores encouraged Elder to find opportunities to be of service to others. She’s doing so by volunteering with the Marion Therapeutic Riding Association, sharing her experiences as an equestrian.

She has a new outlook on life. “I feel very lucky,” she said. “Life is good, and I’m motivated to help others.”

The UF Health program helps patients ranging from people who are relatively healthy and want to optimize their health to those who face the end of their lives.

“With all my patients, I ask them, ‘What is it (that) gives meaning to your life?’ ‘What gives you joy?’ ‘Why do you want to be healthier?’” Estores explained. “I help people tap their personal strength.”

Both integrative health practitioners and chaplains complement other members of a hospital team, Estores said. “We don’t talk about alternative medicine because it’s not a case of ‘either or’; it’s ‘both and,’” she said.

The University of Florida and UF Health have a long history of connecting spirituality and health. One of the earliest related programs was the Center for Arts in Medicine, which was established in the College of the Arts in 1996, noted Associate Professor of Neuroscience Dr. Lou Ritz.

Ritz is the director of the Executive Committee for the campus-wide UF Center for Spirituality and Health, which coordinates symposiums, research and teaching.

Questions about the meaning of life are important in the work of the Rev. Dennis Young, the head chaplain at the Malcom Randall VA Medical Center. He and the other VA chaplains play a key role when patients and their families are considering end-of-life options, Young said. “People respect that I’m in a neutral position,” he said. “I’m not telling them to decide one way or another. I’m not saying, ‘Here, fill out this form.’” 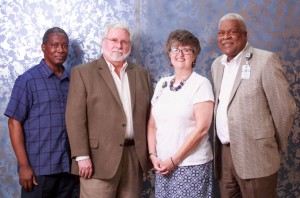 Patients often equate a decision to stop treatment as choosing suicide. “They see suicide as sinful,” Young said. “I help patients and their families to not feel guilty when they make a thoughtful decision.”

In other cases, chaplains assist patients who receive dire news about their health. “They are befuddled about what the doctors just told them,” he said. “I help them understand the news and tap as many resources as possible.”

As they face the possibility of dying, many patients want to come to grips with their wartime deeds. “Sometimes, a veteran has held onto a secret from the Korean War, and he confesses it to me,” Young said. “I help him realize that he did what he had to do. I ask him, ‘Did you live a good life after that?’”

Some patients feel more comfortable talking with chaplains than with the ministers of their own churches, said Chaplain Freeman Gallmon, another NFRMC chaplain, who has also been the pastor of Mount Moriah Baptist Church in Gainesville for 33 years.

When Higdon was hired as the first staff chaplain at NFRMC in 2005, then-CEO Jamie Thomas told her he believed that 60 percent of the chaplain’s job was providing support to patients and 40 percent to staff.

Higdon agrees. “Some cases really tug at the hearts of staff, and they need support,” she said.

Gallmon puts it this way: “Sometimes the patient is not the ‘patient.’ Sometimes it’s the staff.”

Eileen Rogers had been a nurse for 30 years, providing both spiritual and medical support to countless patients and their families. Yet, she wasn’t prepared five years ago in 2011, when the shoe was on the other foot and she needed spiritual support to deal with life-threatening non-Hodgkin’s lymphoma.

The North Florida Regional Medical Center chaplains, the Rev. Tami Higdon and the Rev. John DiLeo, were her rock. “They helped me get through every day,” Rogers said. “I wanted to make peace with my diagnosis, and they brought me peace.”

Surviving her disease changed Rogers’ perspective. “I have a greater sense of purpose, and I’m not as panicky about dying,” she said. “The world does not look the same. I have fewer attachments, and I take it one day at a time.”

While she was undergoing chemotherapy, her hair fell out, and she wore caps or scarves on her head — while continuing to work. “Patients would say, ‘If you can keep working, I can get out of bed, as you asked me to,’” she said. “Patients would open up and tell me stories because they could identify with me.”

Chaplains are especially important when young people with serious injuries are in intensive care, said Rogers, who is now a case manager for patients at NFRMC. “The staff is so busy saving a patient’s life that it has little time to provide emotional and spiritual support for the patient and (their) family,” she said. “It’s valuable for the chaplains to be able to bring a whole different perspective.”