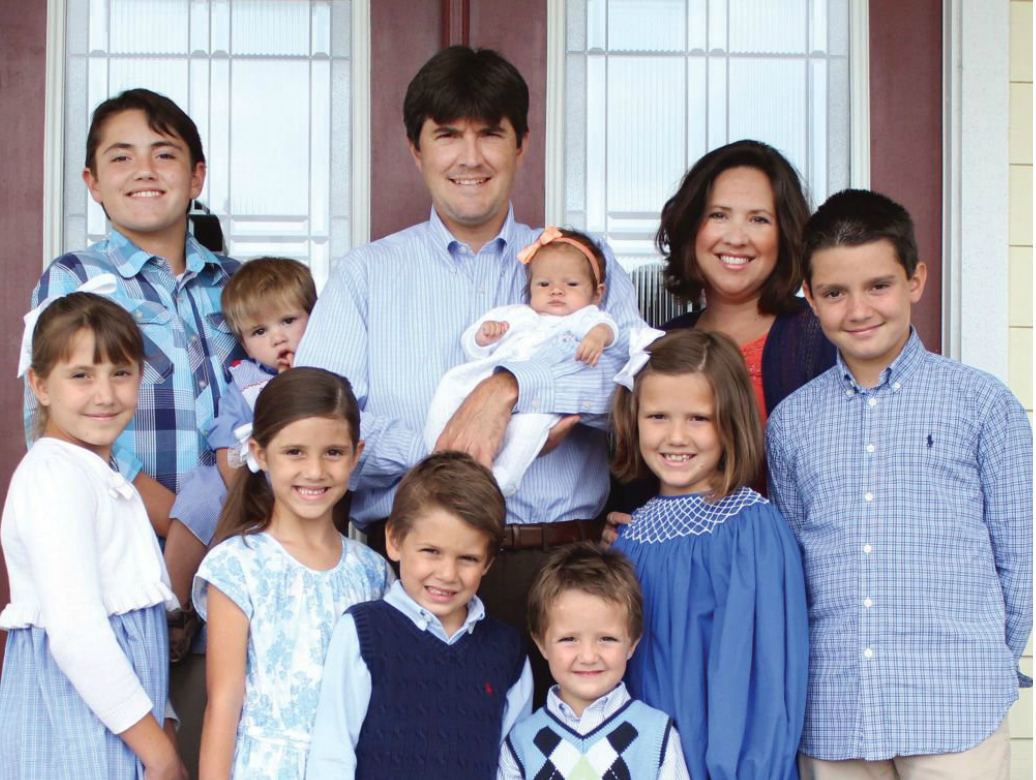 Lindsey Galasso of Alachua has delivered nine healthy children, but she and husband Dan Galasso have also delivered hope for other parents looking for a miracle.

Since the birth of their first child, Nathan, in 1999, the Galassos have chosen to make each birth an opportunity for someone else by donating the newborn’s umbilical cord blood to LifeCord, a nonprofit public cord-blood bank that is part of LifeSouth Community Blood Centers. 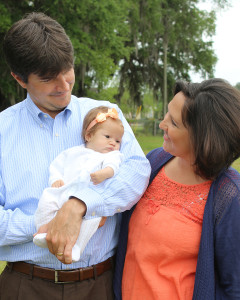 Dan and Lindsey Galasso with their youngest cord blood donor, Eleanora, who was born in January at North Florida Regional Medical Center. The Galassos have nine children who were all cord blood donors.

“We like the idea of giving to someone else,” Lindsey said as Dan cradled the youngest donor, Eleanora, in his arms.

The stem cells in umbilical cord blood are donated to patients facing serious illnesses such as leukemia, lymphoma and sickle cell disease whose best hope for a cure is a bone marrow transplant. In the meantime, cord blood stem cells act as seeds to help regrow healthy marrow.

However, a donor and patient must be a match. Human leukocyte antigen (HLA) typing is used to match patients and donors for bone marrow or cord blood transplants. HLA are proteins — or markers — found on most cells in the body. The immune system uses these markers to recognize which cells belong in the body and which do not.

LifeCord was started through a joint effort of the University of Florida, UF Health Shands and LifeSouth in 1997. In June of 2013, it became the fifth public cord-blood bank in the country licensed by the U.S. Food and Drug Administration.

“Parents-to-be in Gainesville are fortunate because babies born at both UF Health and North Florida Regional Medical Center can donate with LifeCord at no cost,” said Yesi Sevilla, director of LifeCord. “Babies from Gainesville are literally helping save lives around the globe.” 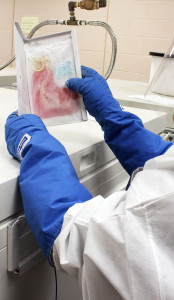 A unit of cord blood is small, about the size of a smart phone, but the cells are powerful and can help patients with serious diseases.

After the cord blood is collected, it is tested and evaluated at LifeSouth’s Newberry Road headquarters and then stored in liquid nitrogen. The units are listed on the Be The Match Registry, which gives doctors access to 22.5 million possible marrow donors and 601,000 cord blood units worldwide.

“The more parents who choose to donate and the greater the diversity of donors, the more lives we can save,” Sevilla said.

Dan and Lindsey explained that when they were expecting Nathan, Lindsey’s obstetrician brought up the idea of cord blood donation as “something you might want to think about.” Before then, neither of the future parents had known much about the process.

“He started preparing us — gave us some material to read,” Dan recalled.

“I thought it was a great idea,” Lindsey said.

As they admired Nathan for the first time on the big day, Lindsey said she hardly noticed the obstetrician collecting blood from the umbilical cord.

“It doesn’t hurt the baby, it’s not invasive and (it) has the potential to help,” Lindsey added.

After the ease of the donation following Nathan’s birth, the family continued to follow his example with Isaac, 12; Lydia 10; Isabella, 8; Amelia, 6; Joel, 5; Wyatt, 3; Theo, 1; and Eleanora, 5 months. The Galasso family is a perfect nine-for-nine on donating, and whenever Dan and Lindsey learn that a friend is expecting, they the same suggestion their doctor offered years ago. 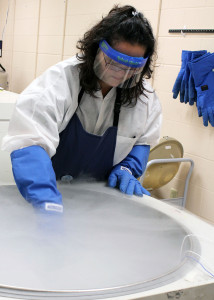 LifeCord’s Teale Obana pulls a cord blood sample from liquid nitrogen storage prior to sending it to a patient. LifeCord donations have a global impact; the organization has helped patients in 27 different states and 12 foreign countries.

“It’s parents like the Galassos who help LifeCord to have an impact that stretches far beyond Gainesville. We have helped patients in 27 different states and 12 foreign countries receive transplants,” Sevilla said.

That impact was recently brought home to the Galassos when they received a call and learned that one of their children could be a match for a patient in need.

“I think we were all excited that night at the dinner table,” Lindsey said.

Two ways you can help

For additional information, go to www.lifesouthcord.org.