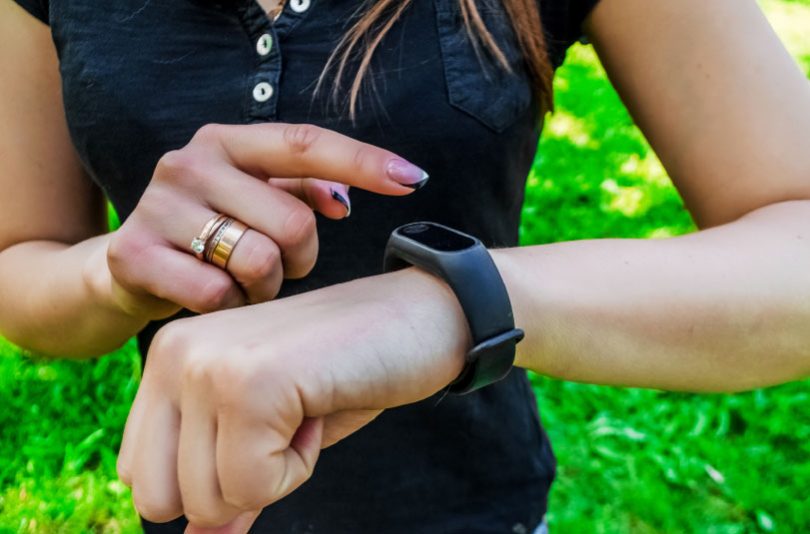 As wrist-worn fitness trackers and smart watches become increasingly ubiquitous, it would be easy to assume that tracking steps and fitness has only recently erupted into our world. However, the history of this technology is long, tracing back to concept sketches of the pedometer made by Leonardo da Vinci as early as 1472. As for the first record of pedometers in the United States, Thomas Jefferson is credited with introducing them in 1788. Post-World War I, the development of galvanic skin response sensors made non-intrusive measuring of pulse rate and blood pressure possible, although the technology was initially used for developing “lie detectors.”

In the 20th century, inventors and technology creators started to focus on wearable devices to help manage chronic conditions. The earliest device manufactured was a wearable hearing aid introduced in 1938. The 21st century has seen explosive innovation in wearable healthcare devices and apps. Advancements in both fitness and healthcare technology are often focused on accessibility, integration with healthcare data beyond simple fitness tracking, and connectivity with social contacts and the healthcare community.

The most widely adopted healthcare wearables are fitness trackers such as pedometers, Fitbits and Apple Watches. In all, there are more than 340 different devices that boast a variety of tracking features including step counts, active minutes, distance traveled, calories burned, sleep patterns, heart rate, weight and steps climbed. Mobile apps compatible with these devices account for approximately 60 percent of the more than 320,000 healthcare mobile apps available to consumers worldwide.

Because inactivity can lead to increased risk of obesity, increased blood pressure, high blood sugar, abnormal cholesterol levels, excess fat around the waist and increased risk of cardiovascular disease, inactivity is a substantial contributor to early mortality. The good news is that activity level is a modifiable risk factor and the public’s interest in activity is reflected in the growth of these devices.

When consumers are actively engaged with their fitness trackers, they can often increase their levels of physical activity throughout the day by as much as 30 percent. Trackers can monitor progress toward the U.S. Centers for Disease Control and Prevention recommendation that adults complete 150 minutes of moderate-intensity aerobic exercise each week. Users can set individualized goals and compete against a personal best or compete socially with friends through a compatible app. Some devices even prompt users to get moving when they sense inactivity.

The greatest increases in physical activity are seen in those who wear and regularly engage with their fitness trackers and are also internally motivated to succeed. Alternatively, those who are externally motivated — through employer or insurer financial incentives, for example — have been found to see only an initial short-term increase in activity levels, often followed by high drop-off rates of use.

The cost of healthcare wearables varies greatly. Simple low-tech pedometers that clip to a waistband can be purchased for less than $1. Consumers who want customized tracking features can expect to pay anywhere from $50 to $200 for a robust fitness tracker.

Chronic disease management devices and health condition management apps are increasing at a faster rate than general wellness products and now represent 40 percent of all health-related apps. Their capabilities go beyond activity trackers or smart watches; they monitor clinical metrics like blood pressure, heart function, glucose and insulin levels, medicine intake, temperature and blood oxygenation levels. Data from devices can be synced to a smartphone, allowing patients with chronic conditions to monitor success of treatment.

All of these devices and apps seek to revolutionize health care by allowing inexpensive, non-invasive, continuous, ambulatory health monitoring with almost real-time updates of medical records via the internet. For diabetes, blood glucose levels can be monitored continuously and real-time insulin pumps can deliver necessary doses of insulin without interrupting a patient’s daily activities. For epilepsy and other debilitating neurological disorders, there are implantable, multi-programmable brain stimulators that save patients from surgical procedures.

Another potential benefit of these devices is expanding access to care; patients living in distant areas can interact with their doctors remotely to monitor and manage chronic conditions. Recently, the Food and Drug Administration (FDA) approved a device that pairs with a smartphone to capture medical diagnostic-quality electrocardiograms and transfer them to a physician for review.

Incorporation of patients’ digital health data by clinicians is increasing but far from mainstream. One survey conducted in 2016 by the American Medical Association found only 26 percent of clinicians currently recommend patient engagement technologies and 13 percent use remote patient monitoring technologies. One major barrier to adoption is that wearable healthcare and fitness devices often do not interface with medical record systems. Additionally, far more data is typically collected than physicians can use.

Patients should be encouraged to discuss the use of wearable health devices with their doctors and determine how to leverage the devices into better health. As an example, the American College of Cardiology has developed a number of mobile apps that are highly rated by both physicians and patients for the management of chronic cardiovascular conditions. While technical and administrative obstacles remain, wearable devices have the potential to improve quality of care and the overall health of the population.