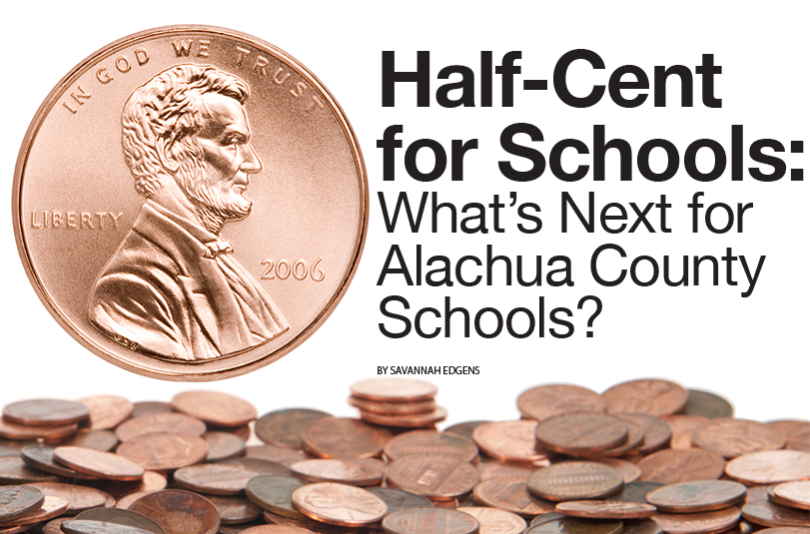 Inadequate science labs, leaking roofs and less than satisfactory air conditioning are just three of the many signs that Alachua County’s schools need help. The average school building is about 40 years old, according to a statement released by the school system. On Nov. 6, voters were asked to invest in Alachua County schools, and they delivered. In Alachua County, 75,000 voters approved a half-cent sales tax to fund infrastructure and repairs for the local schools.

The half-cent sales tax increase will bring an estimated $22 million within the next 12 years. Information about each school’s planned projects can be found on the Alachua County Public Schools website.

“As the work gets underway, we’ll be posting information on the district’s website so that everyone will be able to follow our progress,” said Karen Clarke, Alachua County superintendent of schools, in a press release.

Littlewood Elementary School will receive security improvements, 24 new classrooms, a renovated/modernized media center and art room, as well as renovations to 13 existing classrooms. The renovations and modernizations to the 41-year-old building may include new furniture, technical infrastructure, lighting and flooring, according to the Alachua County Schools website.

“Our district was fortunate to have the support of many individuals and organizations who helped spread the word about our facilities crisis and why the Half-Cent is the only option for dealing with it,” Clarke said.

At Gainesville High School, 29 new classrooms, 13 science labs and 38 classroom renovations are in store. The cafeteria will also receive a facelift, as well as the media center and auditorium.

“If you haven’t yet seen what’s planned for your child’s school, I encourage you to visit the district’s website and check out the Half-Cent for Schools proposed project lists,” Clarke said. “These lists were put together based on input from parents, school staff, community members and students.”