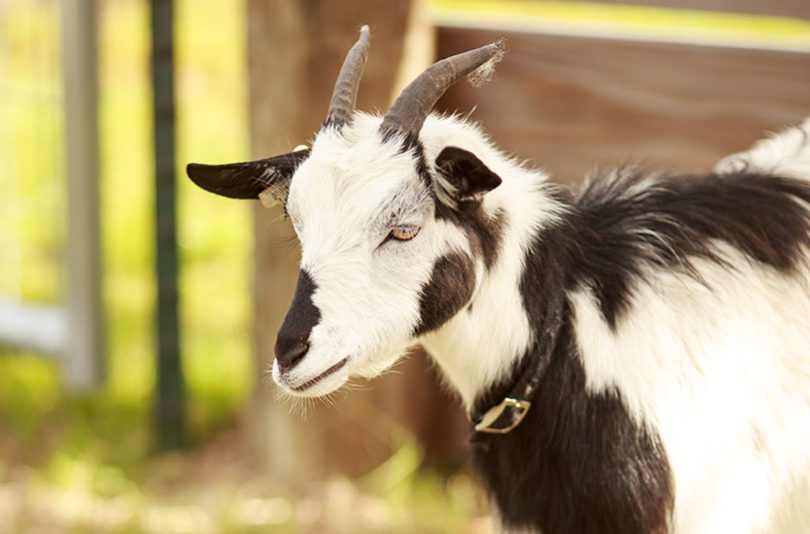 This yoga trend is the G.O.A.T (Greatest of all time). Laugh through that downward dog with a goat on your back. 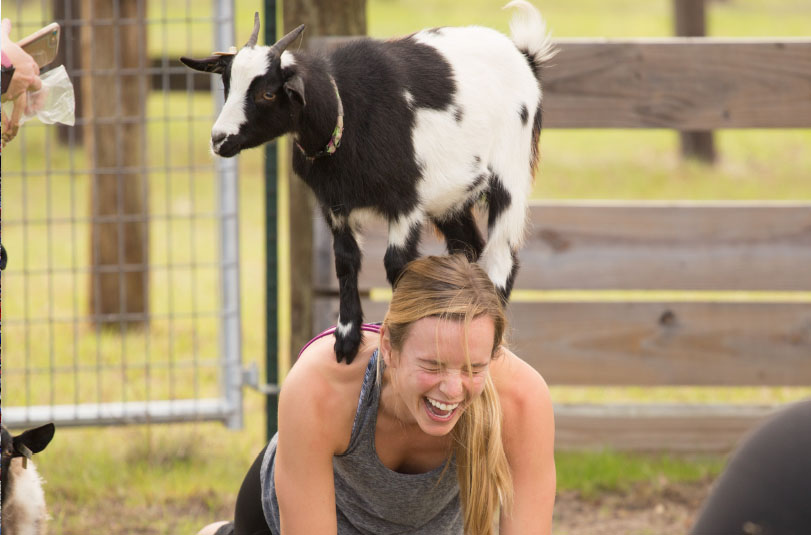 The goats jump and run like children at recess, using yoga students as their jungle gym.

What began as a peaceful morning of yoga in the green fields of Black Prong Equestrian Center quickly turned into a chaotic frenzy of laughter.

And with that, about 20 goats less than a year old gently stampeded into the pen, running and jumping across backs and bottoms of participants, in search of treats.

Goat yoga is an emerging fitness trend where small goats nibble, jump, climb and snuggle while students stretch and breathe into yoga poses.

“We play and have a good time here,” Montilla said. “I tend to not be hung up on a lot of the yoga protocol.”

The goats are a welcomed distraction, bringing joy, laughter, and gentle back massages as they hop playfully across your downward dog. 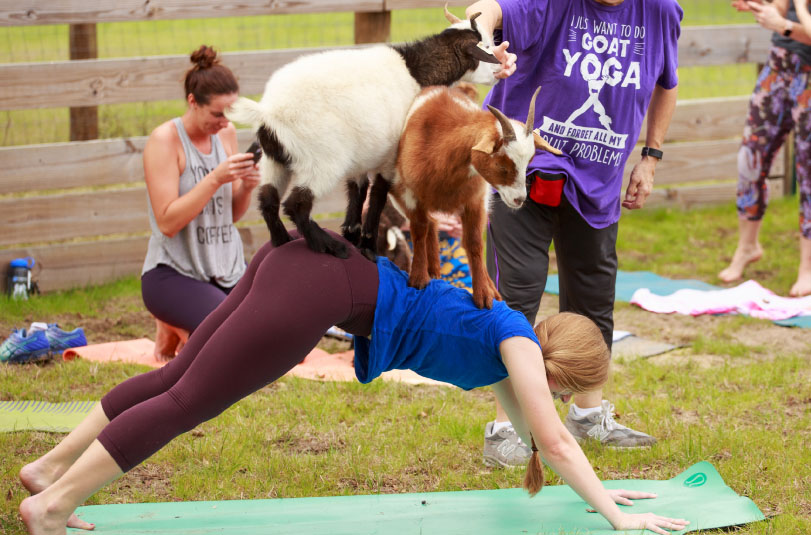 “I didn’t expect to do a lot of yoga, but I did, which was interesting,” said Carly Provan, a nursing student at UF. “It was a little hard to focus, just because they’re so cute.”

Jana Olenio, owner of SUP YO, a studio in Massachusetts with a mission to inspire others to get outside and connect with nature through the practice of yoga, partnered with Goats to Go and began classes last June.

“My initial thought about yoga with goats was that it’s crazy,” she said. “But, after teaching my first class, I really understood why people were attracted to it. Even though it’s playful, students are extremely present when they’re in a goat yoga class because they’re so focused on the goats and the joy of being in that moment.”

Everyone leaves with a smile, Olenio said, which to her is the most important part.

“It might only be an hour, but people are smiling, they’re happy, they’re present and that’s huge,” she said.

Goats to Go had its first yoga event in Bronson on Dec. 2, with 66 people in attendance and 3,000 showing interest in the event on Facebook. Since then, the monthly classes have been sold out and will continue through May.

“It was such a success, we decided to do it once a month,” said Michelle Aulson, goat yoga manager at Goats to Go. “The goats are already well-versed in how to do goat yoga.”

Their goats are born on the farm in Bronson and trained to interact with humans from a young age. These unique yogis are pygmy goats, Nigerian goats and fainting goats.

“They’re really curious and interactive,” Aulson said. “That’s why they’re called kids. They’re just a lot of fun, and they like to interact with people.”

The goats are trained using treats starting at about two months of age, she said. 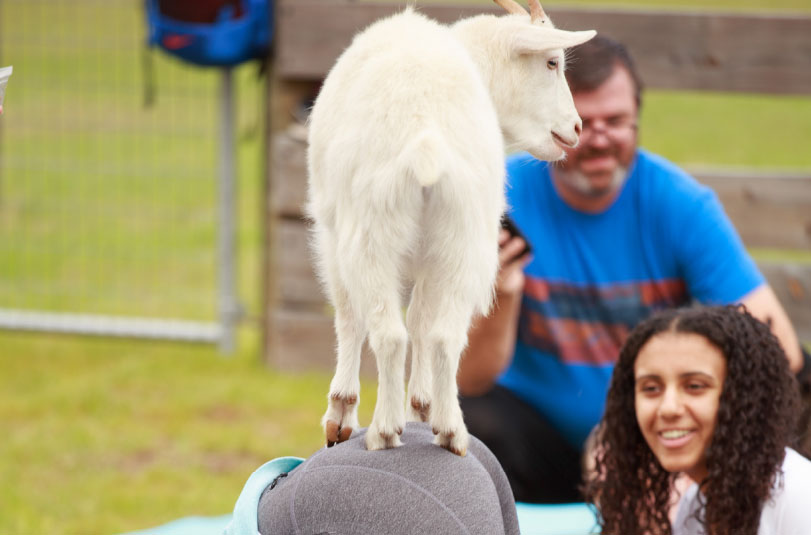 “They get to know people and they get to know treats,” Aulson said. “But the personality of the goats plays into it a lot. We let them naturally do it on their own. Some really enjoy it and others are just not as aggressive. Like people, some are go-getters and others more gentle.”

The focus of the class isn’t the yoga, but the opportunity to interact with the animals in a rural setting, Montilla said.

“People come in being people, and we assume that we’re in charge of everything,” she said. “But in that round pen, that is just not the truth.”

The goats really are in charge. They jump and run around like children at recess, except the students in this class are their jungle gym.

“I love that people start the class thinking they’re going to hug baby goats, but by the end they are actually the plaything for the goats.”

Growing up on a farm surrounded by a lot of animals, Montilla was hesitant at first to teach goat yoga.

“I know that people who don’t interact with animals on a regular basis don’t understand that they’re animals,” she said. “The more I thought about it, the more I realized that it really puts the principles of yoga into practice.”

Her hope is that at the end of the class, people appreciate the intelligence of the animals and recognize that everything is connected, everything has value – you just have to get out of your comfort zone to appreciate it, she said.

For others, goat yoga is used as a form of therapy.

Lainey Morse, founder of the Original Goat Yoga in Oregon, raises her goats as therapy animals.

“Whatever you’re going through in life just seems to melt away and all you can focus on are those cute adorable goats gazing into your eyes,” Morse said. “It’s really incredible. It provides that sense of calm that the world is lacking and gives you joy.”

No matter the reason for attending, attendees will undoubtedly leave with a smile from ear to ear, an appreciation for these adorable animals, and some hilarious pictures.

You can find information about upcoming goat yoga classes on the website, www.goatstogo.farm/events/, or the Facebook page by searching Goats to Go.