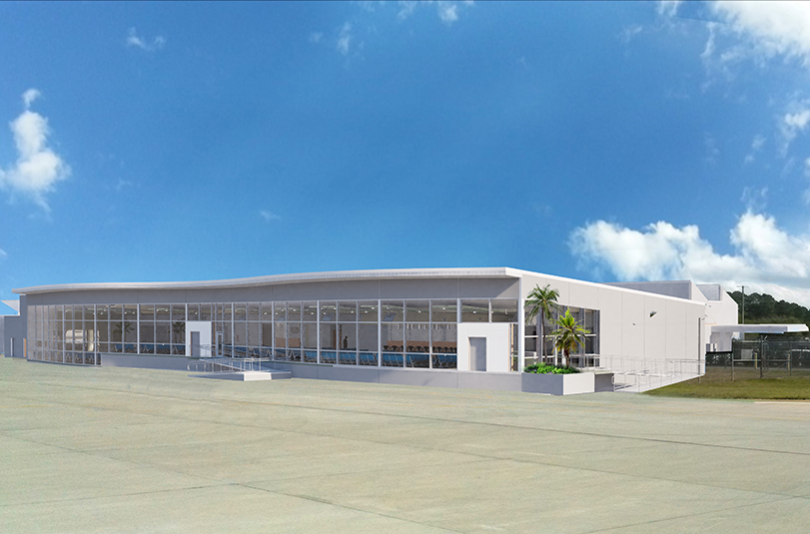 It’s no secret that the city of Gainesville has grown considerably since being incorporated in 1869 with a population of less than 300. Today, Gainesville is home to more than 50,000 college students, many businesses and organizations, professionals and families from all backgrounds, and a population surpassing 132,000. As a result, the city is striving to accommodate and provide ample transportation for the increasing number of residents.

In December, the Gainesville Regional Airport (GNV) celebrated breaking an all-time travel record. GNV had 476,396 passengers during 2018, which was a 6.5 percent increase from 2017. This travel record outpaced both the area population growth rate and the Federal Aviation Administration (FAA) predictions. For a small-city airport outside of tourist destinations, GNV continues to stand out as one of the busiest and most important airports in Florida.

With this new travel record, it became apparent that the airport needed to add new routes to meet the demands of travelers. On March 3, GNV began offering nonstop flights to Dallas Fort Worth (DFW) via American Airlines. This new service will provide GNV passengers with over 92 new routes that were not available with the Miami and Charlotte hubs.

“This expanded service to Dallas Fort Worth further establishes GNV as a Gateway to the World,” said Erin Porter, the marketing and public relations manager at GNV. 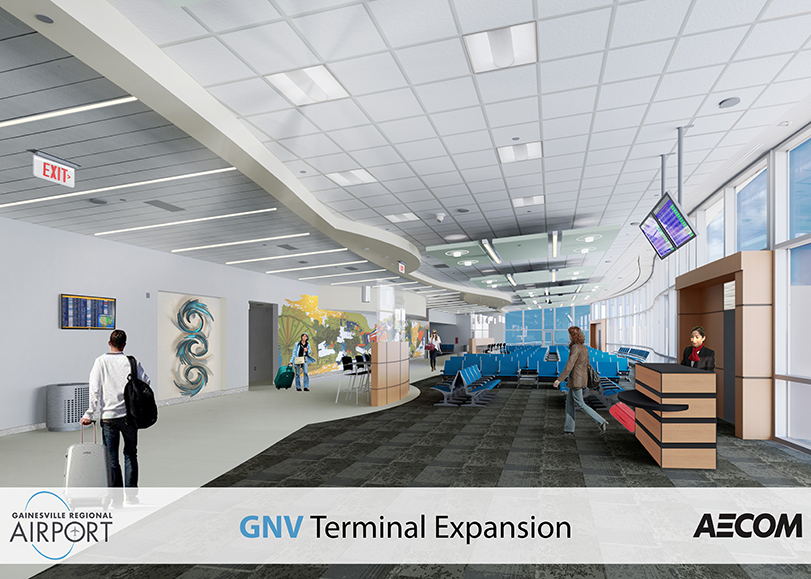 “The anticipated completion of the design phase of the expansion is the end of 2019/early 2020 with construction completed by 2022,” Porter said. 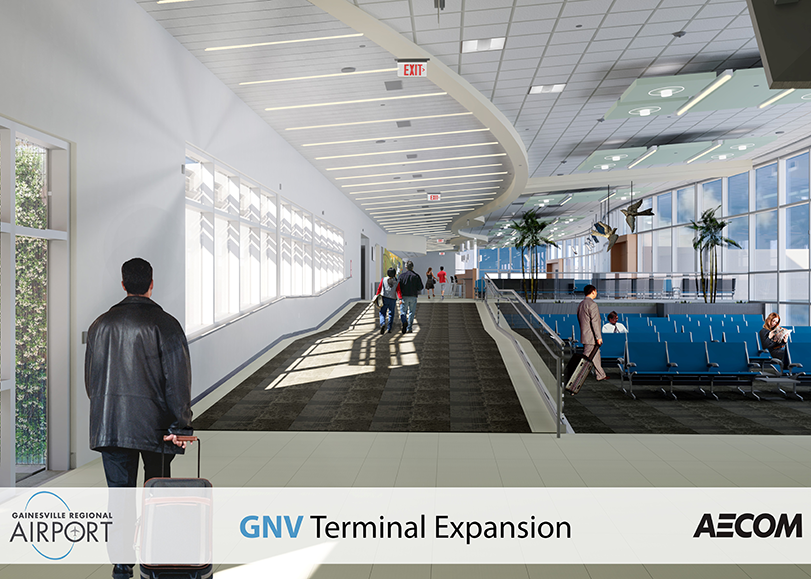 “Other major components of the expansion include a secure-side area restroom expansion, installation of baggage screening equipment in the baggage pick-up area and additional airline office space, such as a meditation/reflection room, a lactation lounge and a pet relief area on the secure-side of the airport,” Porter said.

However, GNV wasn’t always a bustling public airport. What first started as a Works Project Administration endeavor in 1940, the airport was used by the U.S. Army Corps as an air base during World War II. In 1948, GNV was handed over to the city of Gainesville. Soon after, the city started working on meeting the needs for regional aviation services. GNV became a way for students, professionals, Alachua County residents and out-of-state visitors to fly in and out of Gainesville for connecting flights.

The travel record and expansion wouldn’t have been feasible without the support of GNV passengers.

“Our airport’s success is a testament to our dynamic economy and the positive experiences of our passengers,” said Allan Penksa, CEO of GNV, in a press release. “We thank our passengers for choosing to fly GNV. Your continued support will lead to more good news in the future.”