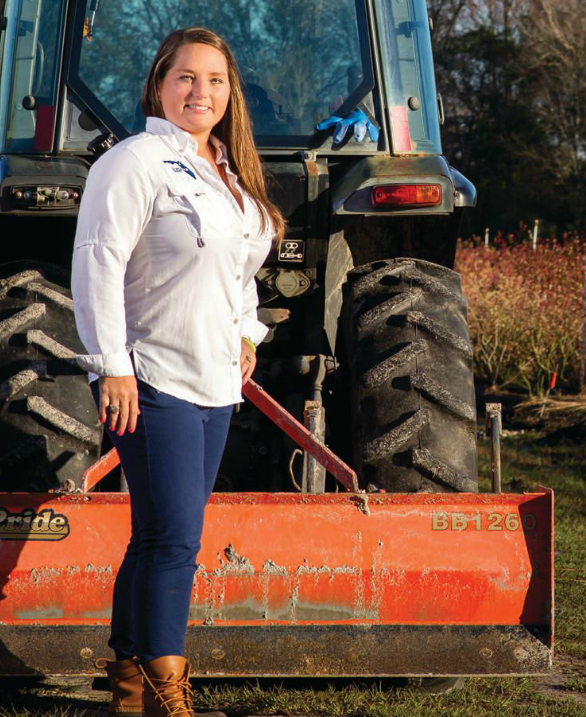 Written by Eugenia Blaublach
When they are not selling decadent Samoas or irresistibly cool Thin Mints, Girls Scouts are learning lifelong skills that provide our community with far more that just satisfied stomachs. For over 20 years, the Girl Scouts of Gateway Council has been honoring women who have had a significant impact in the community. This year, five women have been selected from the Gainesville community who hold the Girl Scouts’ values of courage, confidence and character to high esteem. The 2015 honorees are Jane Adams, Karen Harris, Brittany H. Lee, Shaney Livingston and Jane Muir. 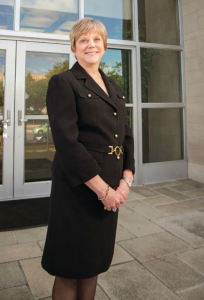 Behind Jane Adams’ extraordinary career lies an eager little girl dressed in a badge-covered uniform. Simply looking for fun and adventure, Adams was seven years old when she became a Brownie in her hometown of Springfield, Illinois.

What she remembers most about her involvement with the Girl Scouts program was the friendships that sprouted from her experience, as they taught her the importance of friendship as an integral part of life.

“Throughout my personal and professional life, I have appreciated the friendship of women,” she explained. “A variety of fantastic girlfriends have supported me, shared good times and bad, provided counsel and challenged my thinking — just like Brownies and Girl Scouts.”

In 2004, Adams joined the University of Florida as vice president of university relations. Since then, she has helped foster relations amongst students, the university, and the government at the local, state and federal levels. Commemorating her commitment to bringing the university’s diverse community together, the University of Florida Student Government awarded her the James E. Scott Bridging the Gap Memorial Award in 2009 and the C. Arthur Sandeen “Improving the Quality of Life” Award in 2014.

When she’s not at the University of Florida, she volunteers her time and expertise to a number of boards and organizations. Adams attributes her knack for volunteer work to her mother, a volunteer troop leader who, Adams said, set a great example about the importance of volunteerism.

Looking back at her childhood memories, she said she believes that, “The Girl Scouts help girls learn to set goals, develop leadership skills, overcome obstacles and become better people; the experience can help set young women up for success.” 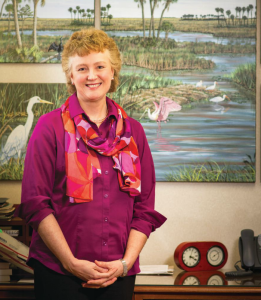 At the core of Dr. Karen Harris’ life has always been one of the fundamental honors of the Girl Scout Promise: to help people at all times. Following in the footsteps of her father, a former Boy Scout executive, Harris joined the Girl Scouts when she was in the fourth grade.

For three years, Harris worked hard to excel in the program. “I was pretty competitive back then, earning 33 Junior Girl Scout Badges and two Signs,” she said.

As a result of her endeavors, Harris learned to become independent and resourceful, taking far more than just accolades from her experience.

Her deep-seated altruism prompted her to pursue a career in medicine. She has practiced obstetrics and gynecology at North Florida Women’s Physicians for over 25 years and is the medical director of Patient Safety and Quality for Florida Woman Care.

Her refined leadership skills have translated into her involvement with the March of Dimes as the program services committee chair for the state of Florida, as well as her role as president of the Florida Obstetric and Gynecologic Society.

Harris is convinced that Girl Scouts is the premier youth leadership development organization in the country today for one simple reason: “It builds tomorrow’s women leaders.” 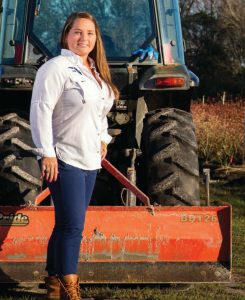 Throughout her life, Brittany H. Lee has developed the three main traits of a Girl Scout: courage, confidence and character. As a result, she holds a deliciously unconventional job. Every day, she encounters hundreds of tiny, blue orbs that are succulently sweet and loaded with antioxidants. Lee is the vice president of Florida Blue Farms, a Southern Highbush blueberry plantation, as well as a sales representative with the Florida Woodland Group.

“Many of the skills I have developed over time, (which) the Girl Scouts cultivate from an early age, have allowed me to excel in a career that is nontraditional for women,” Lee said. “The Girl Scouts’ values aid young women seeking to compete in areas and careers that have not typically been filled with women in the past.”

She believes the Girl Scout program has created a formula that not only inspires girls to become leaders but also encourages them to have lifelong community involvement.

Lee is both a leader and an active volunteer in the community. She currently participates in the Wedgworth Leadership Institute’s agricultural leadership program and has been an active member of the Junior League of Gainesville since 2007. She is also a board member of the Alachua County Farm Bureau Board of Directors and the Florida Representative for the Michigan Blueberry Growers Association.

Lee has nurtured the community the same way she might a blueberry harvest — with hard work and dedication.

For Lee, it is evident that, “Our community is a better place because of the Girl Scouts and the many many women who have participated in its program.”

JANE MUIR
As a firm believer in the unique set of skills and capabilities held by women, Jane Muir has been hard at work breaking down gender barriers in the Gainesville community. Her personal experience as a female in a male-dominated profession has prompted her to adopt the Girl Scouts’ mission as her own.

“I think the Girl Scouts program teaches girls to believe in themselves,” Muir said. “It builds their self confidence and provides a venue for them to learn what they are capable of doing.”

Much like the Girl Scouts, Muir seeks to empower women so that they may reach their full potential in and out of the workplace. With this in mind, she founded Empowering Women in Technology Startups (eWiTS), a program that offers a built-in network of friends and mentors that motivate and inspire women to exercise their skills in STEM professions, particularly the booming technology field.

As associate director of the UF Office of Technology Licensing and director of UF Tech Connect, Muir has extensive experience with the technology transfer process. In 2012, she authored the $8.2 million grant from the Economic Development Administration to build the Florida Innovation Hub. She is the Hub’s current director, a role that allows her to promote the development and commercialization of new technology.

Muir’s commitment to enhancing the quality of life for the Gainesville community through leadership and innovation makes her a woman who has truly made a difference.

SHANEY LIVINGSTON
Shaney Livingston was just six years old when she became a Brownie in the Girl Scouts of America program in Tallahassee, Florida. Little did she know that the following three years of her childhood would have a resounding impact on her life.

Her selfless nature and giving spirit took root while she proudly sported her brown vest. As Livingston remembers her experience, she says that having the opportunity to meet other girls and share in different cultural experiences taught her the importance of good character and teamwork. She has since used these two principles to fuel her desire to serve the community.

Beginning as a budget director, she has compiled over 20 years of experience in the library system. As the current director of the Alachua County Library District, Livingston has helped create the Library Partnership — a center that offers library access and services to thirty social service agencies.

Her benevolence, however, extends far beyond the confines of her work environment and reaches the entire community. Livingston serves on the boards of Alachua County Children’s Alliance and the United Way of North Central Florida’s and is a member of the American Library Association, Friends of the Library and the Florida Library Association’s Legislative Committee.

Livingston’s small steps as a Brownie prepared her to take long strides as an accomplished professional. “I am proud to have had the opportunity to be a Girl Scout,” she affirmed. “It is important for us to give unselfishly of ourselves and share our experiences with others to help them along their journey.”

The Women Who Make a Difference luncheon will be held on May 14 at the Hilton University of Florida Conference Center.