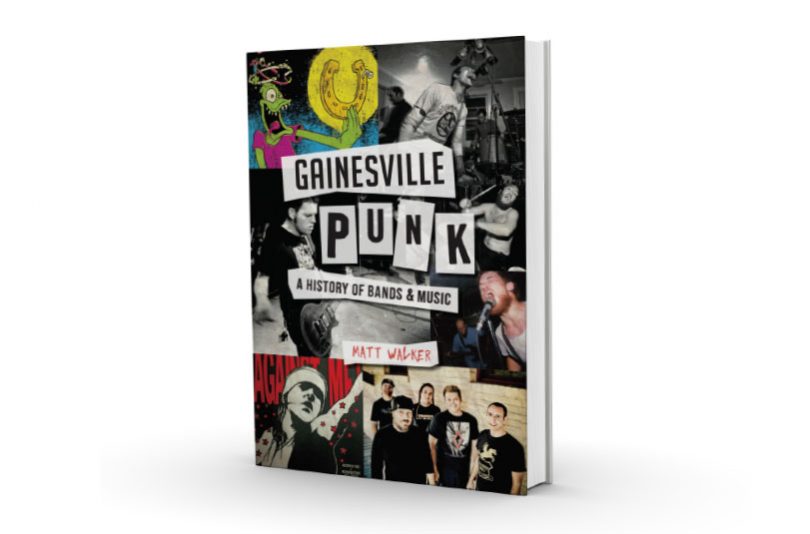 Matt Walker has provided a detailed blueprint for the ’80s, ’90s and early ’00s’ ever-shifting punk scene in his new book “Gainesville Punk: A History of Bands and Music.”

Gainesville is known for its rock ’n’ roll roots, birthing musicians like Tom Petty, as well as Don Felder and Bernie Leadon of the Eagles. But, very few are aware of the vibrant punk scene that emerged in this small southern town of ours. Luckily, Matt Walker has provided a detailed blueprint for the ever-shifting punk scene of the ‘80s, ‘90s, and early ‘00s with his new book, “Gainesville Punk: A History of Bands & Music.” Walker shares the underrated tales of musicians’ coming-to-fame stories and the impact they’ve had on the genre and the city of Gainesville. The book will expose you to a whole new world of music and self-expression; it might even bring back memories of your “wilder” days in the ‘80s and ‘90s.

In just 150 pages, Walker explores the many Gainesville artists who made punk music what it is today — whether that be attitude, demographics or the culture that is “punk” — and explains why they are relevant to the overall Gainesville music scene. He shares everything from how Roach Motel put punk on the music map to what the Mutley Chix did for the movement as an all-female band. He examines not only the bands and musicians but also the cultural norms that surrounded and influenced them.

Walker recognizes each generation’s contributions to punk music and leads us through the ins and outs of the nonconforming expansion. Although it was once seen as just a “hangout,” punk has made its way into becoming a “thriving national influencer” and continues to grow, as Walker discusses in one of his final chapters. For each decade, Walker unveils pivotal shifts in attitudes, motivations and subcultures, shifts that have ultimately furthered the movement for future artists to come.

But while this book will certainly satisfy any punk-lover’s hunger for knowledge, you don’t have to be a hardcore Less Than Jake fan to appreciate this all-punk book. A general interest in learning about the musical gems of your city will give you the motivation to learn about more punk bands than you’ve ever heard of before. With the help of Walker and his easygoing guide, you might just find an inner punker in you who you didn’t know was there. But if not, you’ll put the book down with a broadened appreciation for Gainesville and how it came to be the place you love. 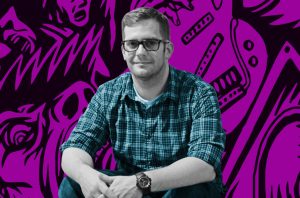 Matt Walker works as a communication specialist at the University of Florida. He has been writing about music and playing the guitar for over 15 years. Matt was the founder and editor of Lead Us Down, a website dedicated to covering local punk and indie music in Gainesville, from 2011 to 2014. He served as music editor and editor of Satellite Magazine, a Gainesville monthly paper dedicated to arts, culture and music in the region. Matt earned his Bachelor of Arts in English literature from Valdosta State University and his master’s degree in journalism from the University of Florida.