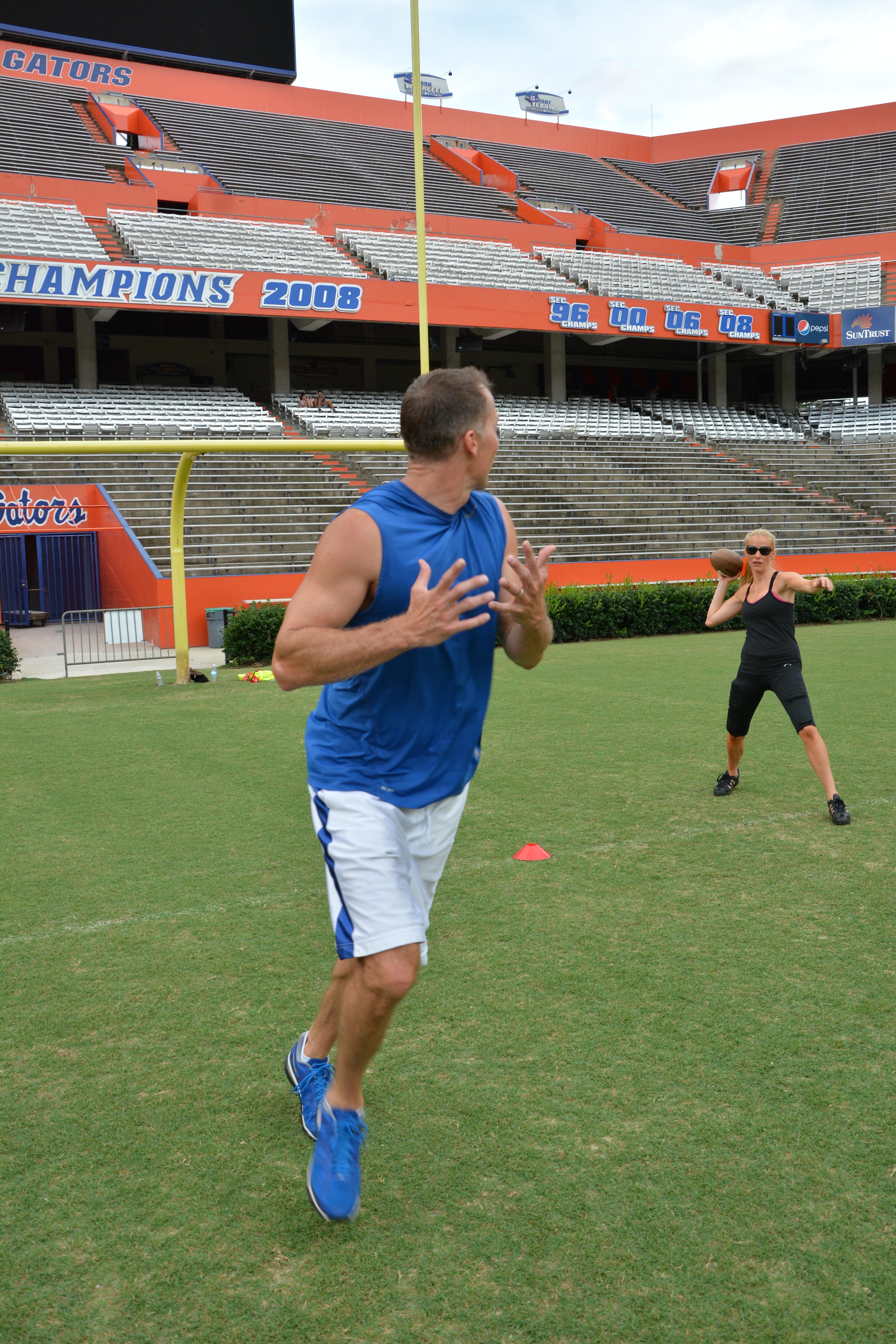 Football is back! More importantly, GATOR football is back. Sure, sure…I know there are a few out there focused on other collegiate or professional teams, but let’s be frank: most “cool people” are getting ready for some major tailgating wrapped in orange in blue — including me! Football season is the most wonderful time of the year, packed with insane amounts of fun. I always plan to enjoy it to the max, but I never allow it to ruin me. You see, football is a terrifically athletic physical activity, which requires an incredibly healthy lifestyle to be successful. It’s fairly appalling how millions upon millions use this sport and its magnificent athletes as an excuse to get lazy, drunk and fat. Such irony, right?

Folks, I don’t want to rain on your parade. I just want you to think things through, and change things up a bit. Maybe even try to tailgate like Tim Tebow would. Oh, you know that boy is made up of about 11 million pounds of muscle, but I bet he’d still choose a few flame-grilled chicken sandwiches over a box of fried drumsticks. I’m also going to go out on a limb and guess he may want to nosh on some chopped veggies or fruit kabobs, too! Crazy? Possibly. But I’m going to go even more nuts and suggest that he and many of our other favorite elite athletes would simply grab a bag of Baked! Doritos instead of fried. You can do these things, too.

You know where I’m going with this: as football players grow stronger, leaner and more muscular, its fans grow weaker, fatter and just plain slovenly. Why do that? Do you really love football? Yes? Well then, get off your butt and go PLAY some football! Join a corporate flag football team or gather a bunch of buddies together on a weeknight to play. If actually playing the sport doesn’t work into your schedule, incorporate some cool football drills like the ones below into your workout. Use your favorite athletes as inspiration, and pretend you’re actually training for the big game. Maybe Muschamp will spot you in the crowd, see how buff you look and throw you in!

When it comes to tailgating or football parties, plan for big fun, just do it as though I were with you when you go shopping. These should be staples on your shopping list:

Incorporate these football drills into your workouts

Run as fast as you can in place. Pump your arms quickly in a chopping motion too. In 10-second increments — or when a friend randomly blows a whistle — drop down to your chest and return as quickly as possible to running in place. Do this for one minute. Rest 30 seconds. Repeat. 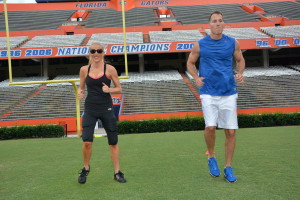 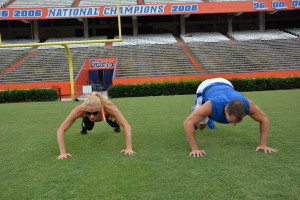 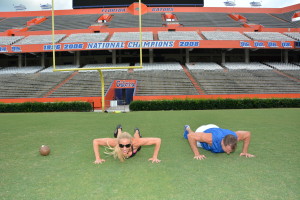 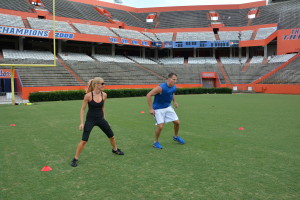 Stand side-by-side with a friend. You’re the passer; he’s the receiver. Receiver runs forward to catch a pass you throw. Receiver waits where the pass was caught, you run up to that spot, take back the ball and repeat until you’ve both run the complete distance of the field.  Switch jobs and go the other way. You can also do this running down the street. Watch out for cars! 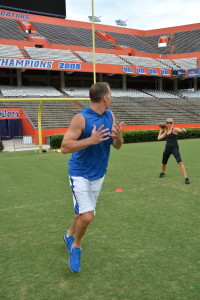 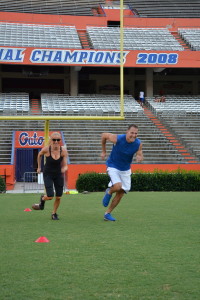 With both feet together, take a huge leap, jumping as far as you can. Immediately drop down for a push-up. Jump back to your feet and broad jump again. Aim for at least 10 in a row. 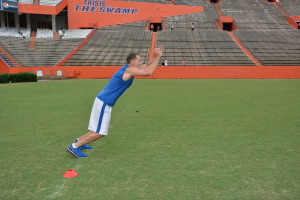 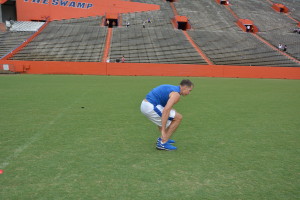 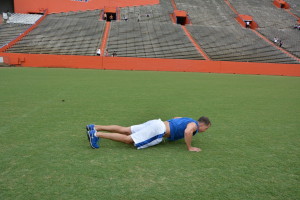 You’re the receiver. Pick a buddy to play defense and a buddy to play quarterback. On the QB’s count, your job is to push, fake, sprint past your defender and run down field to catch a pass. The defender should try to stop you or intercept the ball. Switch jobs every so often. It’s fun! 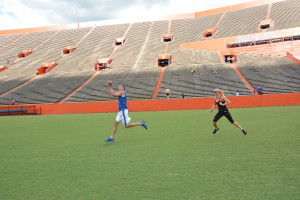 ***To enhance your training, time how long it takes for you to complete each drill and work to do each faster. Make the running drills more interesting by doing them while holding your football.

Thanks to Gators great, and former NFL wide receiver, Chris Doering, for helping with these photos. He’s still got it!