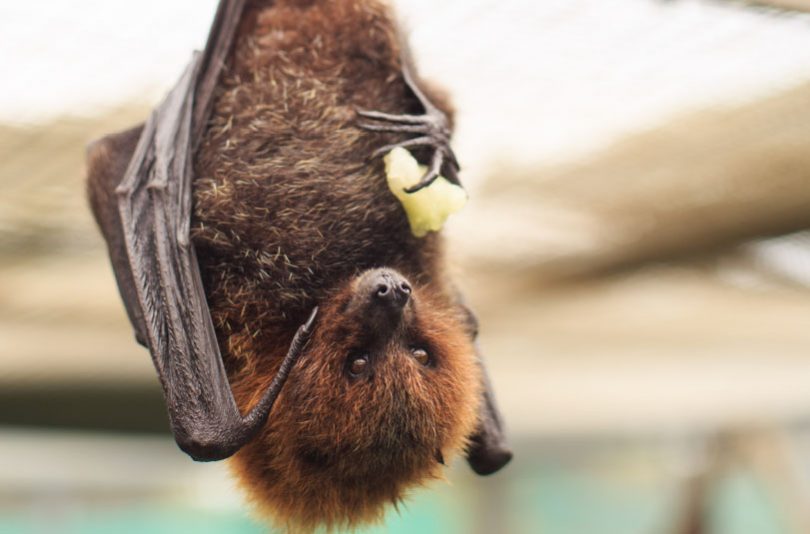 In person, Gracie looks like a flying teddy bear, but scientifically speaking, she’s a Rodrigues fruit bat. She can be identified by her yellow-spotted face and the golden hair that covers her head, neck and shoulders. When it comes to feeding time, you are sure to spot her racing toward the door. Often, you’ll find her next to her partner in crime, Kuri.

Their display of friendship is a far cry from what society expects from these so-called mysterious bloodsuckers. Unique but truly misunderstood, you wouldn’t think that bats could be the key to treating viral diseases. 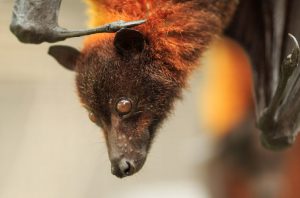 Bats often live with some of the world’s deadliest viruses, including Nipah, Hendra, Marburg and Ebola, but they never get sick. In recent research, Old World fruit bats are providing a wealth of knowledge to the epidemiology community, and researchers are tuning in.

Bats have successfully coexisted with viruses for years, but the question is, how? DeeAnn Reeder, a presidential professor of biology at Bucknell University, said there’s evidence that suggests a link between bat immunity and antiviral protection.

There are many hypotheses as to why. Bats have proteins that research suggests help ward off viral infection by detecting and repairing damaged DNA. Reeder suggests that the bat immune system is always “turned on”; it does not need to be exposed to an external threat to activate an immune response. Others say bats’ immunity may come as a result of their flying ability. In order to fly, bats’ metabolic rate increases and generates a large amount of heat that is said to mimic a fever. This, too, could produce an immune response that switches on protective proteins. 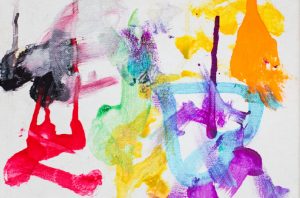 Bats at the center are sometimes given paints and canvases to play with as enrichment.

At the forefront of this research is the Lubee Bat Conservancy, a Gainesville research and conservation-breeding center that houses 200 bats and nearly 10 different species. Lubee was founded in 1989 and has been bringing bats to Gainesville since 1990. The center plays an essential role in breeding endangered bats and researching bat behavior and biology. Its current endeavors include working with the U.S. Army, universities and scientists across the globe to research disease outbreak. 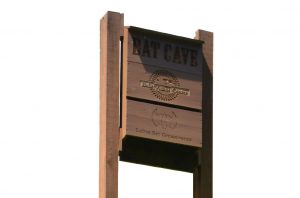 Lubee builds and installs bat houses for commercial and local residences. You may have seen a few of the larger houses around Swamp Head Brewery or Haile Village.

Stig Jensen is a researcher for the U.S. Army Medical Research Institute of Infectious Diseases, and he has been working with Lubee’s bats to study the genesis of Ebola’s development in the body.

“Ebola isn’t just a local problem, but it’s an international problem,” Jensen said. “Our study is really into understanding any potential role that these animals may have and how that fits into the disease chain.”

Viral diseases are an international problem, and as ecotourism, globalization and industrialization increase, more and more people are regularly crossing borders. This increased human activity increases the likelihood of coming into contact with viral diseases.

For the military, immunology research is especially important for soldiers deployed in areas where viral diseases are prevalent. Although Jensen’s study is still in the works, his research could provide major insight into how to prevent future outbreaks by knowing where and when these diseases are transmitted. But, Jensen’s research has the potential to go beyond viral diseases. Bat immunological research could also lead to new methods for detecting Ebola and other emerging diseases. 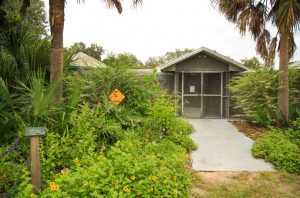 A natural garden and “Bat Crossing” sign greet visitors to the bat house.

“Beyond knowing whether these animals are susceptible to Ebola, it would also be interesting to know if they’re susceptible to other pathogens, so some that may have been carried in humans,” Jensen said.

The immune system of bats is not so different from that of humans, but bats are equipped with certain biological functions that make them more resilient to viruses. Even though bats can live with viruses, they are still susceptible to other diseases, like fungal disease. As diseases like Zika or swine flu emerge, the implications of Jensen’s research could potentially lead to treating or preventing outbreaks of these other pathogens in North America.

Reeder, who has also worked with Lubee, researches bat behavior in relation to immunity. She believes that understanding how the bat immune system functions in various conditions will help researchers understand how an individual responds to particular pathogens.

“The bat-Ebola link is an interesting and still a problematic one because we still don’t have what is called the ‘gold standard,’” Reeder said. “We can’t 100 percent definitely say that bats are the reservoir host for Ebola.”

Because there is no clear source of Ebola, people assume Old World fruit bats are the cause. It’s true that they play a role in the disease’s transmission, but there is no definitive proof that fruit bats are the source of the Ebola virus. Currently, there are no clinical vaccines to treat Ebola and there are few bat immunity studies. As a result, some researchers don’t know the proper ways to study bats safely in the wild. Unfortunately, some methods have not been reliable or humane, and bats have sometimes been killed to obtain specimens for analysis. At Lubee, training is offered to the Centers for Disease Control and Prevention and other government agencies to teach them how to handle bats during field research.

“We just need a lot more baseline data about what’s normal for (bats),” Reeder said. “We know a lot about what is normal physiology for a cat or a dog, but for bats, it’s largely uncharted territory. We have so much more to learn.”

That’s where Lubee comes in.

“(Bats) can have large global implications when it comes to human health, and I think we’re in a unique position to be able to help them,” said Brian Pope, the director of Lubee.

Over the years, the research done at Lubee has produced more than 150 pieces of published scientific literature that cover a wide array of bat biology. These studies include observing bat flight for the U.S. Air Force and bat DNA studies. The research is wide and varied, and the work goes beyond collecting data.

Still, there are many misconceptions surrounding bats. According to Pope, they play a significant role in the ecosystem and are not dangerous. They are a vital species for pollination via seed dispersal, and they make great insect eaters. Pope believes that any irrational fear of these creatures comes down to a lack of knowledge.

“I think that if we can show that bats are saving human lives, then people might look at them a little differently,” Pope said.

It’s easy to be afraid of what you don’t understand. Despite Lubee’s long list of conservation projects, Pope said bats are a tough sell in the community. However, each bat at Lubee has its own story, from the snaggletoothed yet macho Malayan flying fox, Arthur, to the lovely and playful spectacled flying fox, Kuri. Just take one look at their furry coats, massive wings, and curious eyes, and you’ll be fascinated. 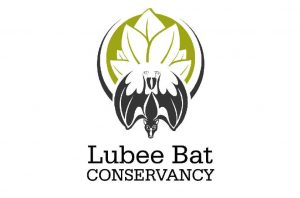 Medical research isn’t the only field of study at the Lubee Bat Conservancy. Since the ‘90s, the organization has been involved in conservation projects from Hawaii to Borneo. Its holistic approach to conservation means it partners with researchers, local communities, and women’s groups to reduce the effects of slash and burn agriculture and create protected areas for bats.

“It’s one thing to go in there and get the data, leave and write a paper — it’s nice to get data, but it’s not going to do anything in the long run,” said Brian Pope, the director of Lubee.

At the center, Lubee offers educational tours based on the STEM curriculum for student groups as well as private tours of the bat house.

Every year, Lubee’s biggest event is the annual Florida Bat Festival. The 13th annual Bat Fest takes place on October 21, 2017 from 10 a.m. to 4 p.m. Admission is free for children 4 and under, $5 for ages 5 to 12 and $8 for adults. The event will have family friendly zones with bounce houses, live music and food trucks, and the featured exhibits will focus on dispelling myths and misconceptions about bats. If you want a unique and educational October activity just before Halloween, find out more on the Lubee Bat Conservancy website at lubee.org.