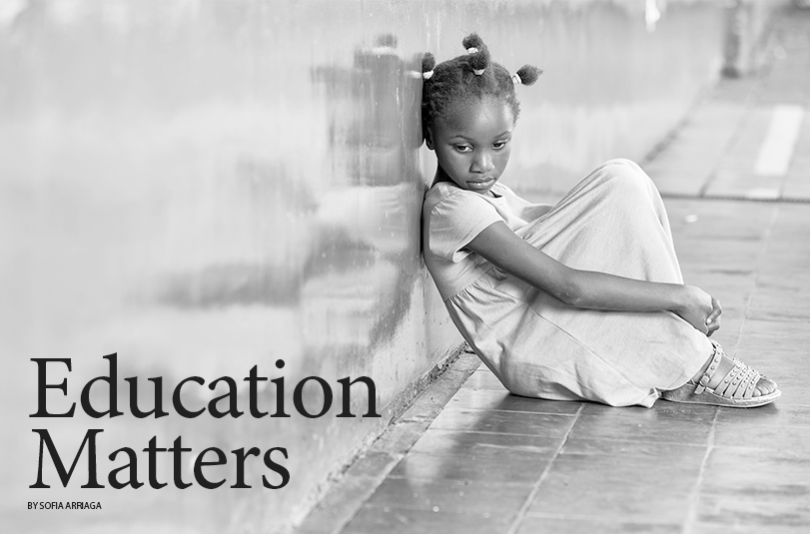 There are consistent issues across the county, the state and even the nation, that have been peeling away at schools’ efforts to educate, said Jackie Johnson, public information officer of Alachua County Public Schools. With the state’s lack of funding maximizing the infrastructure crisis and the fluctuation of state educational standards, Johnson said the requirements for schools have become unrealistic.

“There certainly has not been enough funding provided to do all of the things that the state is requiring,” Johnson said. “It’s been a constant problem for many, many years. And it’s just gotten worse. And at the same time, schools are expected to do much more than they have done in the past.”

In the wake of the Stoneman Douglas High School shooting in February, the state government decided to spend $400 million for mental health, school safety and a program that allows school personnel to carry concealed weapons. However, Johnson said the increase in funding does not meet the increase in expectations.

Alachua County schools also battle the infrastructure crisis – a problem that has become statewide. Johnson said there are 42 buildings in Alachua County that house students. Most are old and outdated. Many are overcrowded.

“They are sadly in need of work,” Johnson said. “The problem is that over the last 10 years, the state legislature has slashed facilities funding for schools. Here in Alachua, it cut around $168 million in facilities funding. In the meantime, schools have aged, roofs are in sad need of replacement, air conditioners, science labs and classrooms need updating and lunchrooms are overcrowding, forcing students to have lunch scheduled as early as 9:45 so all groups can attend the cafeteria. They’re just getting worse and yet we’ve got a lot less money to work with.”

Johnson said the school system has never fully recovered from the Great Recession, but even before that, funding was very low.

“Decisions that Florida made over the last 10 years have really contributed to that lack of funding,” she said.

These effects are not only visible in Alachua County but also across most counties in Florida.

In addition to the numerous problems the schools themselves are facing, Johnson said the sheer number of challenges that children bring to school with them inhibit learning as well. Poverty stands as one main issue.

“We have a huge number of kids who are getting just about all their meals at school,” she said.

Because of their low-income households, some students don’t have access to health care. However, Johnson said some school nurses are able to do regular screenings typically provided by regular health care such as vision screening and hearing screening.

Johnson said students who don’t know
where they will be staying that night can’t study or do their homework at the same threshold as other students.

More so, Johnson said there is a significant achievement gap in Alachua County that has become a major issue. As a result, schools are putting a lot of resources and time into addressing the gap.

“All these problems have gotten worse over the years,” she said.

“We live in a state that is constantly changing,” she said. “Schools in Florida, for many years now, have had to deal with a constantly moving target.”

Johnson said there have been periods when state standards changed yearly or even in the middle of the school year.

“We’re seeing the same problems that have been around for many years,” she said, “but they’ve certainly gotten worse.”

Fortunately, Alachua County voters approved a half-cent local sales tax to improve school facilities. This tax should bring in about $22 million a year and will impact every public school in Alachua County.