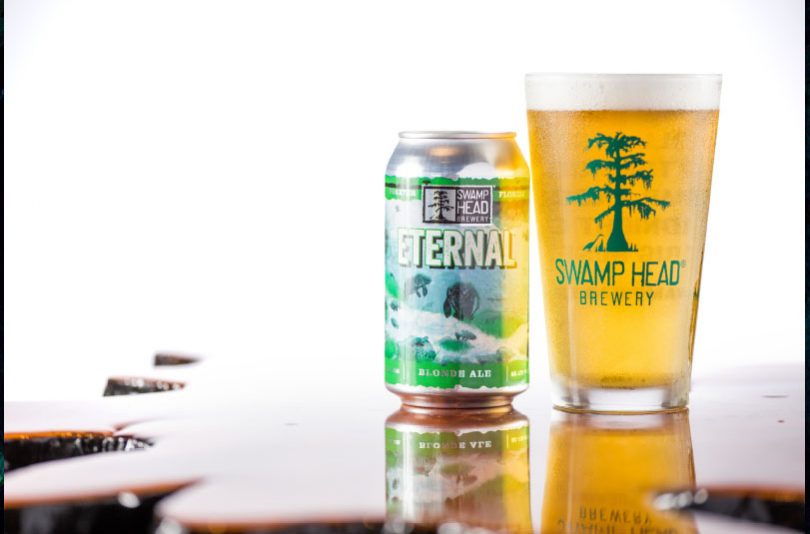 Sustainability efforts are paired with beer in a new project from Gainesville’s Swamp Head Brewery. Luke Kemper and his team continue to make protecting Florida’s natural resources one of their main objectives as they grow their Florida brewery. The newly released Eternal Blonde Ale is part of the brewery’s latest efforts to protect Florida.

The first beer in the Forever Florida Series, Eternal, is a partnership with the Howard T. Odum Florida Springs Institute, an agency devoted to conserving, restoring and managing the springs. A percentage of the profits from the brewery’s blonde ale will go to the nonprofit organization to aide their legislative efforts, but this is not the main goal, according to Swamp Head’s Marketing Director Brandon Nappy.

“We want to bring the conversation to light about the issues facing Florida’s water and the springs, and beer seems to be a really good way to get people’s attention,” Nappy said.

In its second year, the 2017 release of Eternal is now available in cans and was brewed with Florida spring water.

Contrary to the name of the beer, Florida’s springs are not eternal. They are vulnerable. Urban development, a high concentration of septic tanks and a strong agricultural presence are three ways in which aquifers are negatively impacted by human activity. High levels of nitrate nitrogen concentrations and reduced groundwater levels are two harmful effects.

The agricultural field is a major contributor because nitrogen is a key component of most fertilizers. For example, more than 30 million pounds of nitrogen fertilizer a year are used on farms surrounding the Suwannee River. The soil does not soak up all of this nitrogen. As a result, the Suwannee River receives an annual average of 10,000,000 pounds of nitrogen from its springs.

“Groundwater from the aquifer is the life blood of the region’s springs. The springs’ life blood is contaminated with this nitrogen,” Knight said. “It’s like sugar in a kid’s diet, the negative effects on the health of the springs is like diabetes.”

The Florida Springs Institute has reported a 34 percent reduction in the average flow of Florida’s springs over the past 100 years, with most of the change occurring in the last three decades.

“If you lost more than one third of your blood flow, you’d be sick, too,” Knight said. 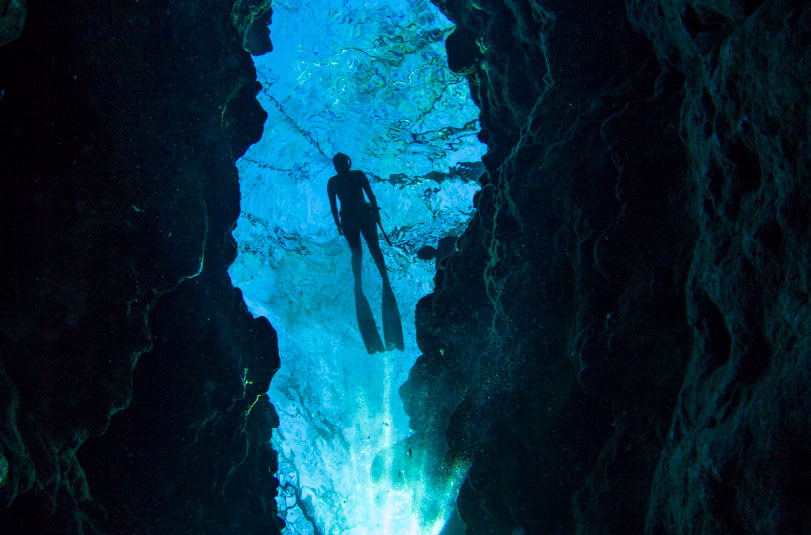 Santa Fe River is one example. It’s 40 plus springs have incurred an average 40 percent loss of flow and a twentyfold increase in nitrate concentrations. Most of the springs are sick, Knight explained. The public’s lack of awareness of these issues creates a challenge for the institute.

The state is telling the public everything is fine when it’s not, he said. Everyone in North Florida and Central Florida uses water pumped up from the Floridan Aquifer, the same water that would otherwise feed the springs. About one half of this water use is by the general public and the other half is used for agricultural production of food and fiber crops. “Groundwater use must be significantly reduced to restore the springs,” said Knight.

Knight continued, “We’re not talking about terrible sacrifices.” Watering the grass makes up about 25 percent of Florida’s water use. Irrigating water-hungry crops on sandy soils uses about half of the groundwater pumped from the aquifer. Relying more on Florida’s high rainfall and cutting out frivolous water uses such as lawn irrigation would help save the springs.

As challenges to bring attention to these issues continue to be a problem for FSI, Swamp Head is trying to help them give the springs a voice. Brewing their blonde ale with spring water and displaying the underwater life common in a Florida spring are two opportunities the brewery has to speak about these issues through Eternal.

On the can, manatees and fish swim around in an underwater scene modeled on a Florida springs cave. The inspiration for the label came from the crew at the brewery who grew up around the springs.

“Most of the people that work at the brewery are from Florida, and a favorite pastime for them growing up was spending weekends at the springs,” Nappy said.

The illustration on the can resembles the pristine spring the brewery wants to see. The can also includes a small box stating the brewery’s partnership with the Florida Springs Institute. Whether it is at Swamp Head’s tasting room, The Wetlands, or one of its distributors throughout Florida, everyone who buys Eternal will be introduced to the issues impacting the springs.

“People need to understand that the little things can have a ripple effect,” Nappy said. “In this case, buying Eternal Blonde Ale can create a ripple that will help make a difference.”

Nappy said, “Not every beer is going to save the world, but if you pay attention you can often do your part by just having a pint.”

“Most of the springs are sick. The public’s lack of awareness of these issues creates a challenge for the Florida springs institute.” —Bob Knight, Director of the Howard T. Odum Florida Springs Institute