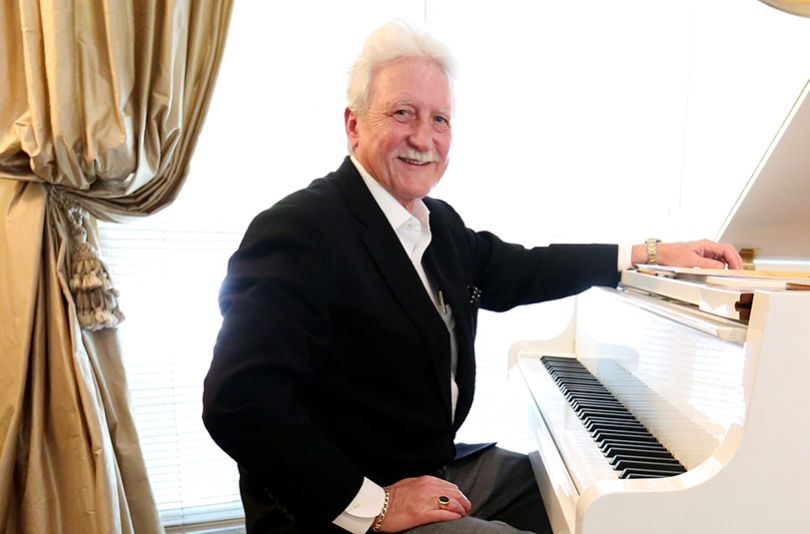 The 66-year-old musician sits on the bench of a white grand piano in the living room of his home in Gainesville, Florida. Armed with sheets of manuscript paper, a pencil and more than 30 years’ experience, the music and voices of a new classical choral piece hum in his mind. The hum transfers from his mind to paper, and once finished, he walks upstairs to a computer and types the composition into a professional writing program as many musicians now do.

And how does one become a music instructor?

“Be the best musician you can be,” Robinson said. “That’s the start of being a good music teacher.”

After teaching music for 32 years at the University of Florida, Robinson retired in 2016 with the title of Emeritus Professor of Music Education. He has more than 500 publications as an author and composer and more than 300 appearances as a conductor, speaker and presenter around the world.

On May 5th, Robinson will conduct his own arrangements and compositions at Carnegie Hall in NYC, which is presented by Distinguished Concerts International New York. The concert will feature two choirs of 200+ middle school students from across the United States. This will be the fourth time Robinson has conducted at Carnegie Hall.

“It’s quite an honor,” Robinson said. “With my first one, I thought if that was the only one I did, then it would be great. And here I go into my fourth one.” 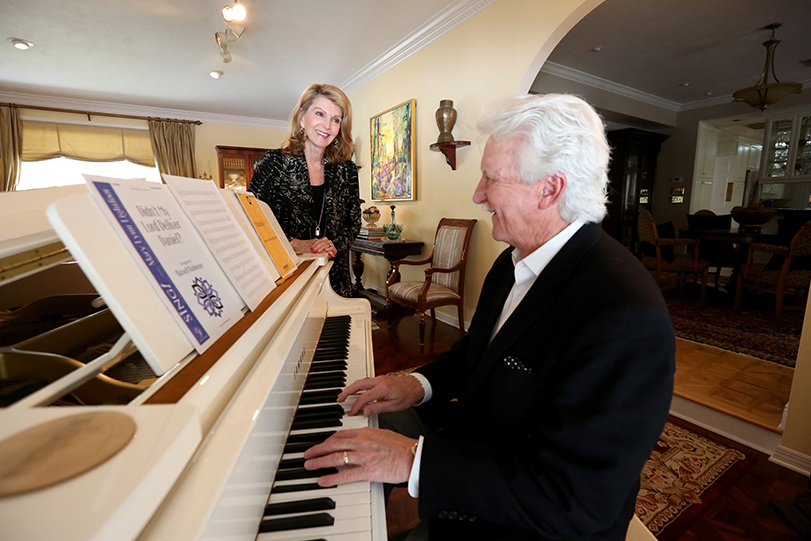 The time it takes to write each choral piece can vary greatly. In 1996, he wrote his Star-Spangled Banner arrangement for the Sunshine State Games in 20 minutes. Other arrangements, such as Silent Night, may take two or three years to finish.

“I don’t know where it comes from,” Robinson said. “It’s just when the music speaks to you, sometimes it comes quickly and sometimes it takes a long time.”

Despite having hundreds of published works and appearances, teaching is still Robinson’s favorite aspect of the music industry.

“I loved teaching my music education students until the day I walked out in May of 2016,” Robinson said. “Now, I’m teaching people all over the world.”

Last September, he visited three schools in Africa and will return to Asia in the fall. Whether it’s visiting schools or attending conferences, Robinson stresses the importance of student engagement, especially with middle schoolers.

“If they’re not excited in the music classes, then they’re not going to be there,” Robinson said. “The way to get them excited is to keep them engaged and making good music.”

Good music includes classical pieces that have been around for centuries instead of silly, made-up songs people think children enjoy, Robinson said. With every piece he arranges, he considers how it will make children love music, how long it will take for them to learn it and whether it makes them feel good.

“When you arrange the classics – things that have been around for two, three, four hundred years – there’s a reason they’ve been around that long,” he said. “Because it’s good music.”

Robinson grew up singing and playing in the church choir, for which his father was a pastor. Reading all four verses of each hymn helped him learn how to sight-read.

He also had an interest in basketball, but after being cut during tryouts in the 8th grade because of his 4’ 11” stature, music quickly became a way of life.

“When I was a sophomore in college, I was writing my own music and thought I’d be a performer, singer or something,” Robinson said. “Something in the back of my head told me to stick with music education, and I haven’t looked back since.”

“I took my first college job here at the University of Florida thinking it would be my first and I would leave and go somewhere else,” Robinson said. “Thirty-two years later it was my first and my last university job, and I loved every day I went to the office and taught my classes.”

Although Robinson is retired, he stays busy with concerts and appearances. In addition to the concert at Carnegie Hall in May, Robinson will conduct in North Carolina, South Carolina, Virginia and in four festivals for Disney this Spring. He is planning to conduct in Asia sometime this fall as well.

Outside of music, Robinson spends his time playing golf, which he does every Wednesday, or baking for friends and family.

Whether it’s cakes or cookies, he enjoys decorating and perfecting each recipe.

“I bake for other people,” Robinson said. “I made gluten-free chocolate chip cookies for my friends’ daughter who is expecting.”

He also enjoys traveling with his wife, Brenda.

“We love to travel,” he said. “To be able to go to Italy, South America or places in the U.S. when you don’t have to go to the office is pretty neat.”

While they love seeing the world, Robinson and his wife agreed to stay in Gainesville upon retirement.

“Our friends are here, our social network is here, and Gainesville just has so much to offer culturally,” he said.

One of the greatest things Robinson and his wife enjoy and support in Gainesville is the performing arts.

“We are really privileged in this community to have such great venues,” he said. These venues include the Curtis M. Phillips Center for the Performing Arts, the Gainesville Orchestra and the Santa Fe Fine Arts Hall to name a few.

“We really love Gainesville,” Robinson said. “When you’ve been somewhere 30-plus years, you have a lot of roots, a lot friends, a lot of support – and you can help other people too.”