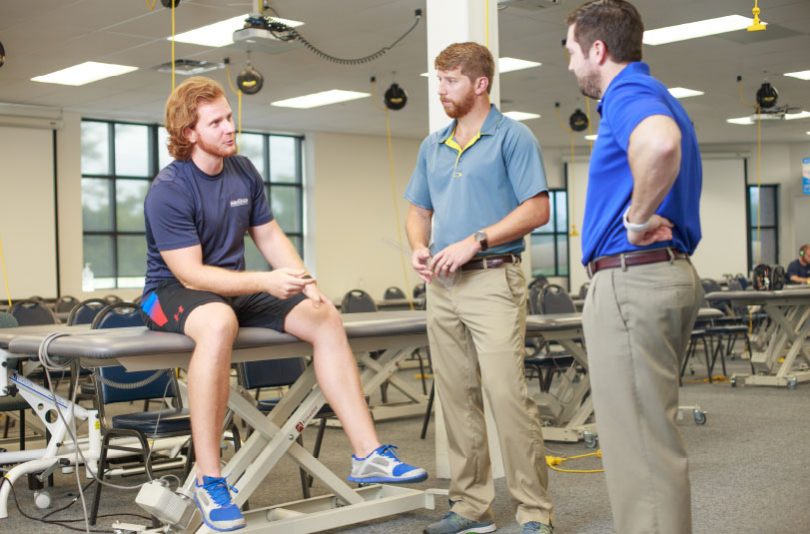 Following World War II, the GI Bill helped make the University of Florida what it is today.

Between 1945 and 1946, enrollment (which had declined in the war years) surged from 587 students to more than 8,000, forcing the university to scurry to hire faculty and use former barracks to supplement housing.

The original GI Bill also led to UF becoming co-ed because the law applied to women who served during the war. Many of the wives of veterans attending UF also wanted to attend school, the UF website notes.

There are 750 veterans at UF, and 400 veterans at Santa Fe, according to Charlotte Kemper, the VetSuccess on Campus counselor at UF and Santa Fe.

Most of the veterans on the GI Bill in Greater Gainesville are in their mid to late 20s, noted Sandra Torres-Pintos, the coordinator of Veterans and Military Success Services at Santa Fe.

“They feel like they’re behind a bunch of 18-year-olds,” she said. “They don’t realize how young they are.”

Cameron Cobb enlisted in the Air Force at age 17 and came to UF after completing her obligation four years later, having served most of the time repairing and maintaining the navigation and communications systems on B-1 bombers at a base in South Dakota. 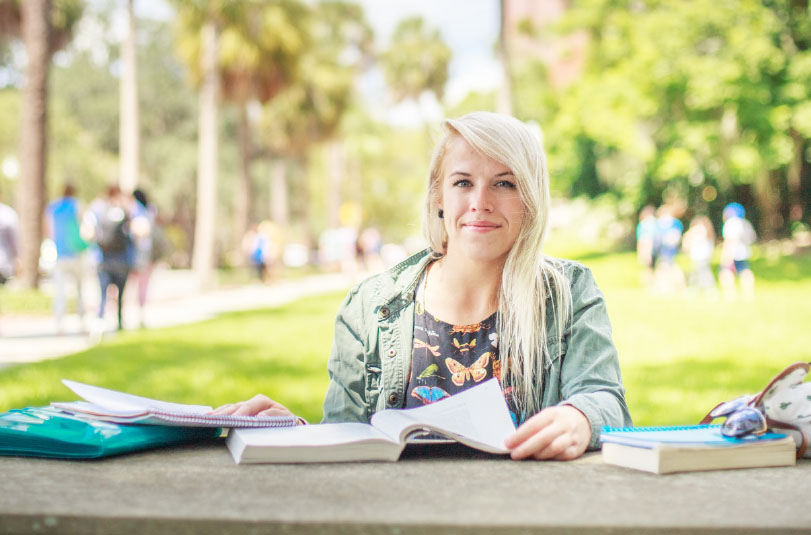 Cameron Cobb pursues her journalism degree at the University of Florida.

“When you’re in school, it’s different than being in the military,” she said. “It’s no longer the case that if you don’t wake up in the morning, you’re going be in trouble with the government.”

Cobb made the transition to civilian life relatively easily, partly because she had taken college classes while in the service. She’s made it her mission to help other veterans who find the transition more difficult.

“Veterans who are having issues in their lives feel comfortable telling me what they’re going through,” she said. “We have the same comradery we would have in the military. I’ve really seen people grow.”

She sees a plus for veterans in college: “We’re used to being independent and living away from our parents,” she said. “We’re ahead of the game in being able to adapt; that’s what the military is all about.”

Cobb is active in UF’s Collegiate Veterans Society and served as secretary in 2016. The group’s recent events included a Memorial Day observation, a cookout and a car wash benefiting the Pets for Vets organization.

The post-9/11 GI Bill covers tuition, books and computer expenses, and it provides a housing stipend.

Because Cobb, a senior journalism major, came to UF with considerable college credit from taking dual-enrollment courses in high school and college courses while in the Air Force, she will have enough GI Bill benefits to obtain her master’s degree.

She’s grateful for the help.

“I’ll be able to complete my education debt-free, except for a few credit card bills,” she said. “I wouldn’t have been able to do that without the military.”

They help veterans obtain benefits, and they verify students’ academic achievements to the Veterans Administration.     The offices also offer advice on coping with challenges.

“Many veterans who served in Iraq and Afghanistan have traumatic brain injuries,” Kemper said. “We help them cope with inward issues: concentration, memory, stress and anxiety.”

The support at the two schools has led to various honors. For example, Victory Media designated UF as a one of 91 “military friendly schools” in 2017.

At Santa Fe, some students pursue the areas of study in which they worked for the military. For example, former members of the military police often go into law enforcement and many medics go into nursing, Torres-Pintos said. Others choose fields where they are inexperienced, including engineering and business.

At UF, the two most popular majors for veterans are business and engineering, Kemper said.

Seeking a Way to Serve

Navy veteran Jordan Kooiman received a doctorate in physical therapy from UF in May 2017.

Kooiman has a knack for helping veterans, who, like himself, were injured while on duty. In 2010, while Kooiman was serving in Iraq, his vehicle was struck by a roadside bomb. The injuries and subsequent treatment sparked his interest in physical therapy.

“I want to help repay the debt for all the free schooling I received by helping veterans,” he said. “When I’m working with them, they try to impress me because they know we were cut from the same cloth.”

While enrolled at UF, he interned at James A. Haley Veterans’ Hospital in Tampa and Walter Reed National Military Medical Center in Bethesda, Maryland. After graduation, he began working at a sports medicine facility in Chesapeake, Virginia, which is close to several naval bases.

Some veterans decide to pursue higher education years after they are discharged.

That was the case for Chris Goebel. He retired from the Navy when he was 35, but he didn’t get around to higher education until 2015, when he was 49. That was close to the 15-year expiration of his post-9/11 GI Bill eligibility. 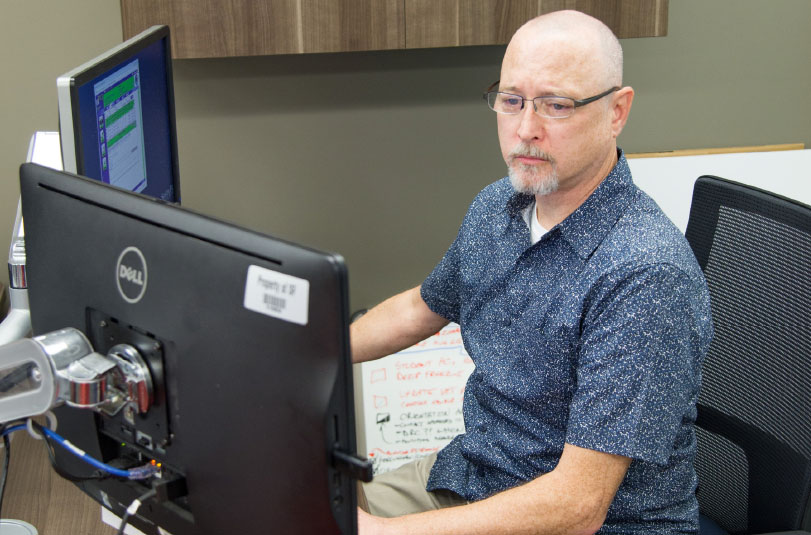 Chris Goebel maintains a 4.0 GPA while working and studying at Santa Fe College.

“I wanted to use the GI Bill before it ran out,” he said, explaining that he also had a financial incentive to enroll.

“I was working on medical equipment, and I was doing reports that the engineers signed off,” he said. “However, I wasn’t being paid for my experience because I didn’t have the sheepskin.”

Goebel has a 4.0 GPA while studying for two associate degrees at Santa Fe College: one in cybersecurity and one in information technology. He plans to pursue a bachelor’s  at Santa Fe.

“I know how to study,” he said. “It makes a lot more sense for me to go to college now than it did when I was young. I wasn’t well put-together then. The Navy straightened me out.”

“Many younger veterans don’t know if they want to be a cowboy or an astronaut,” he said. “Santa Fe has so many good programs; there’s something for everyone.”