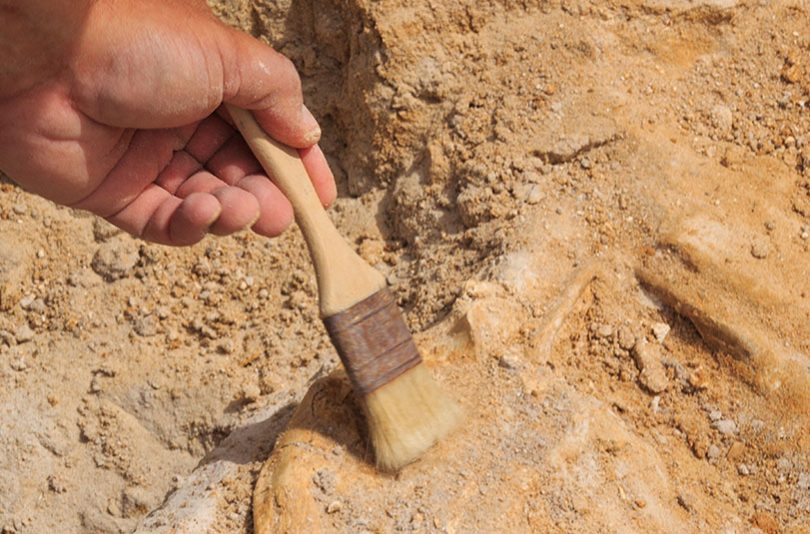 At the Montbrook Fossil Site, unearthed findings provide a link to new scientific and historical discoveries.

It’s no mystery that natural history museums attract the attention of many. Child or adult, it is hard to resist taking a stroll through history and exploring wonders of extinct wildlife. What does remain a mystery, however, is where all the exhibits come from and how important they are.

“When you dig up fossils, you’re literally digging into the past,” said Jon Bloch, curator of vertebrate paleontology at the Florida Museum of Natural History.

Bloch works at the museum five days a week and at the Montbrook fossil site run by the museum  the other two. He explained that what started as a small excavation with the assistance of a few has turned into the very successful Montbrook fossil digging site with hundreds of volunteers. The site runs six days a week because fossils in Florida do not survive very long, Bloch said.

Although digging in Florida requires speed, it also comes with many possibilities. 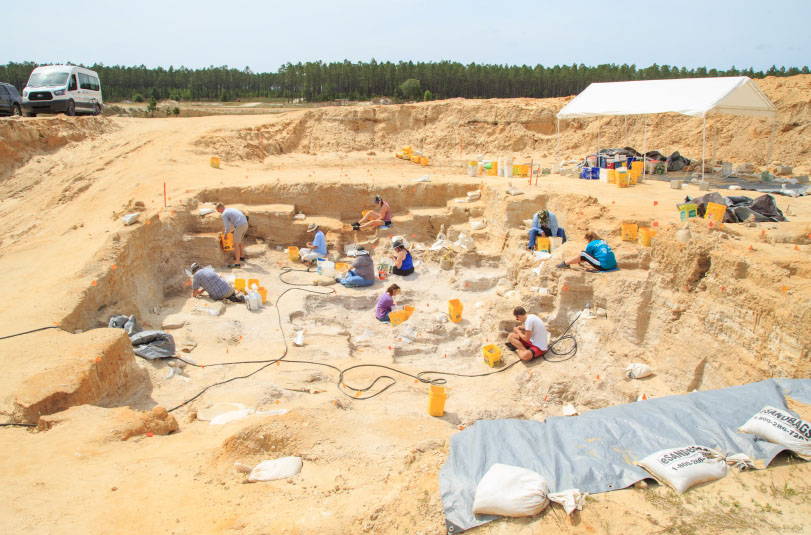 Because fossils do not survive long in Florida, the Montbrook fossil site runs six days a week. Volunteers offer their time to help recover as much as they can.

“Montbrook represents a stopping point on our time scale at five million years ago in Northern Florida that no one has ever seen before,” Bloch said.

There are no other sites like Montbrook in Florida; its geographical location not only provides a unique array of species but also contains fossils that date back further than any other Florida sites.

“What we have found are lots of firsts,” Bloch said.

Among the firsts is a saber-tooth tiger skull, found by a volunteer in December 2015. Before the skull was unearthed, volunteers also found the toes of what appeared to be a large cat.

The Montbrook Fossil Site has collected the oldest recorded swan and quail fossils in the Eastern United States and one of the oldest in America, according to Bloch. In addition, a variety of rhino, horses, camel, deer and more have been unearthed at Montbrook, including several pieces of what is believed to be a freshwater otter. Bloch explained that if they find the otter’s skull, they would have one of the oldest records of the species.

While the findings from the site are remarkable, the museum’s plans for them are even more notable.

“We’re collecting them with the idea that over the next years, there will be many students from UF and all over the world who could benefit from these discoveries,” Bloch said.

Montbrook is producing fossils faster than researchers can study them, so in gathering their discoveries, they have provided an encyclopedia of science for students to investigate for years to come.

Bloch believes the whole point of a natural history museum is to go into nature, document the findings and create a place where the public can view them. The findings become an archive of data about the natural world and an important basis for experimentation, allowing researchers to identify response patterns. For example, if the museum is looking at how animals have reacted to climate change, researchers can establish certain behavioral patterns and make predications about future conduct. In short, the past may be able to help predict the future. 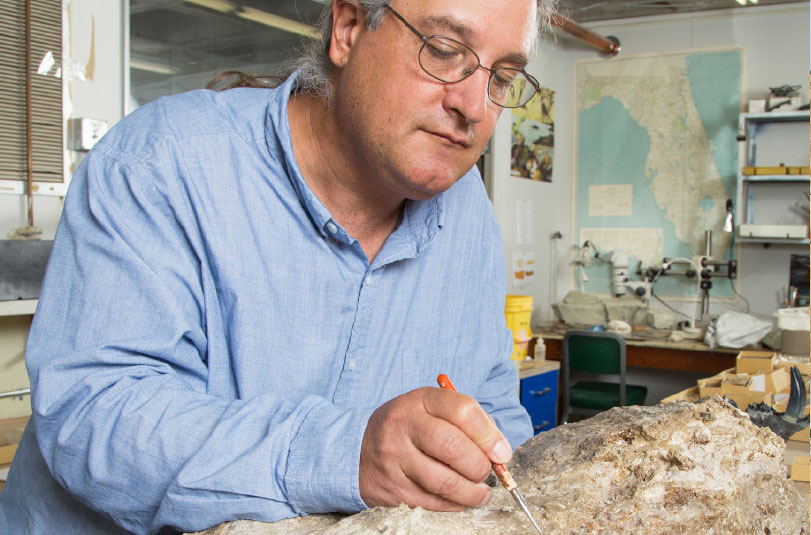 Bloch studies a recovered fossil for the natural history museum.

The relevance of natural history museums is only increasing; as time passes we are finding more and more fossils, constantly learning about our past. However, the discoveries are not accomplished single-handedly. Many fossils from Northern Florida are found on private lands, oftentimes through home development.

“We have to rely on the good will of the community because it’s their land and their fossils,” Bloch said.

Bloch underlined the fact that the Florida Museum of Natural History is a state museum, and it is imperative that it works with the community. Many get excited to see that the collections go toward the greater good — not just for science but also to educate the public. 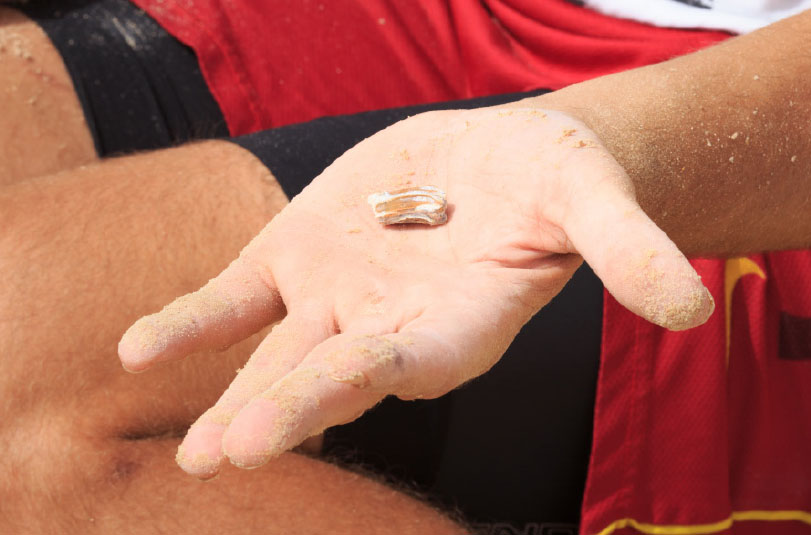 The Montbrook Fossil Site is central to collecting important pieces of history. Similarly, the Florida Museum of Natural history is fundamental in researching and showcasing elements from the past. Together, the two institutions have become a power couple in revealing where we came from and where we can go.

For more information on lending a hand — or in this case, a shovel — check out the volunteer website at www.flmnh.ufl.edu/getinvolved/overview/. The community can also help by volunteering. Many neighbors do not know that the museum provides opportunities to assist in the labs.

“If digging out in the sun is not their cup of tea, there are plenty of opportunities,” Bloch said.

Editor’s Note: Per the request of the Florida Natural History Museum, the location of the Montbrook site will remain undisclosed.